“It’s problematic that a foreign nation is involved in our election system. Our democracy is only as good as people trust the results,” Bush said at a conference in Abu Dubai hosted by the Milken Institute, according to USA Today.

The former president claimed there was “pretty clear evidence that the Russians meddled” in the 2016 election and later described Russian President Vladimir Putin as “zero sum.”

“He’s got a chip on his shoulder,” Bush said of Putin. “The reason he does is because of the demise of the Soviet Union troubles him. Therefore, much of his moves [are] to regain Soviet hegemony… That’s why NATO is very important.”

Although Trump was not mentioned by name, Bush’s remarks seemed to target him.

The president has frequently questioned reports of Russian interference from intelligence agencies and has denied that his campaign colluded with the Kremlin—calling the multiple investigations into his campaign “the single greatest witch hunt in American history.”

During a December rally in Pensacola, Florida, on the eve of the Alabama Senate election, the president castigated the North Atlantic Trade Organization (NATO) as helping Europe “a hell of a lot more than it helps” the U.S.

Though Bush has avoided explicitly criticizing the Trump administration, he has voiced veiled opposition toward the president’s ‘America First’ platform. 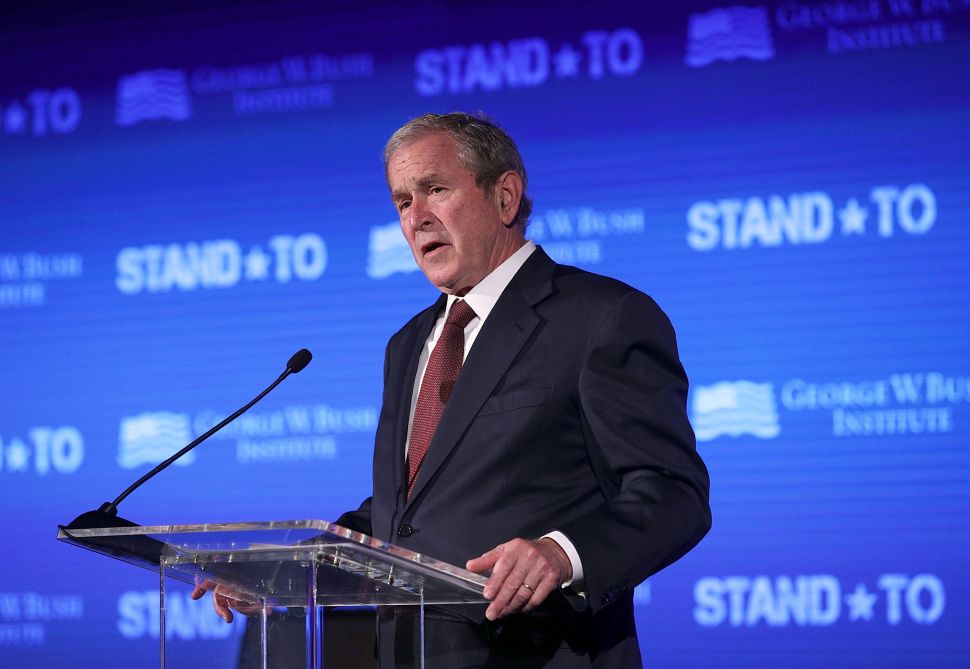