For me, President’s Day is a day for rest and relaxation, but I will take a few moments to reflect on President George Washington’s legacy—maybe I will chop down a cherry blossom tree somewhere in D.C. in his honor.

According to the digital encyclopedia of George Washington, the story of him chopping a cherry tree then telling his dad “I cannot tell a lie” is, ironically, not true. It was invented by Mason Locke Weems to sell books. Myths aside, Washington’s life should be honored on this day, because he fought in the American Revolution, helped write the Constitution, and lead the country through its formative years.

Washington’s birthday was officially recognized by Congress in 1879 and is now celebrated each year on the third Monday in February. Over time, this day became known as a day off from work and one when we get inundated with car sales commercials. My family and I plan on celebrating with a kid’s movie marathon including Captain Underpants and The Lego Batman Movie. While most Americans are rejoicing for a much needed day off from work or school, Congress celebrates this day with a reading of Washington’s Farewell Address.

Thanks must be given to President Washington for his critical role in creating a constitutional federal government in the form of the democratic republic that we have today.

One idea that emerged from Washington’s presidency is presidential term limits, an important check on executive power today. U.S. presidents only serve two four-year terms in office thanks to Washington. He refused to run for a third term, and that tradition persisted until Franklin D. Roosevelt’s presidency. In response, Congress and the states ratified the 22nd Amendment, which limited presidents to two terms, in 1951. It’s too bad Congress did not also limit their terms in office, because a limit to the terms members of Congress could serve would bring government closer to the people.

The idea of limited presidential powers also came from our founders. My friend Matthew Spalding, formerly of The Heritage Foundation, wrote a great piece titled “American Statesman: The Enduring Relevance of George Washington” in which he wrote, “As our first President, Washington set the precedents that define what it means to be a constitutional executive. He was a strong, energetic President but always aware of the limits on his office; he deferred to authority when appropriate but aggressively defended his prerogatives when necessary.”

Recent history has shown that presidential power is restricted in a way that serves the people well. Congress has the power of the purse, and an independent judiciary further dilutes the power of a president. Washington’s Farewell address discussed the importance of a separation of powers between the three branches of government:

“It is important, likewise, that the habits of thinking in a free country should inspire caution in those entrusted with its administration, to confine themselves within their respective constitutional spheres, avoiding in the exercise of the powers of one department to encroach upon another. The spirit of encroachment tends to consolidate the powers of all the departments in one and thus to create, whatever the form of government, a real despotism.”

Today, there is tension between the branches of government. President Donald J. Trump has been frustrated with Congress being slow to repeal Obamacare, yet the slow, methodical movement of government serves to keep the laws that are passed respected by the people and difficult to change. President Barack Obama issued a number of executive orders that were undone by Trump, but his horrible health care law lives on today. Separation of powers makes it so hard to change the law that Republicans have found it difficult to repeal Obamacare and cut the size of government—even though they control Congress and hold the presidency.

Today, we have a unique president in Donald Trump, and all Americans should wish him well. The presidency is an institution that we celebrate today while giving thanks to our founders’ idea to set up a government with limited and separated powers.

Enjoy your day and take a moment to think about how President George Washington, and the presidents who followed up, have protected the republic and kept this nation together. 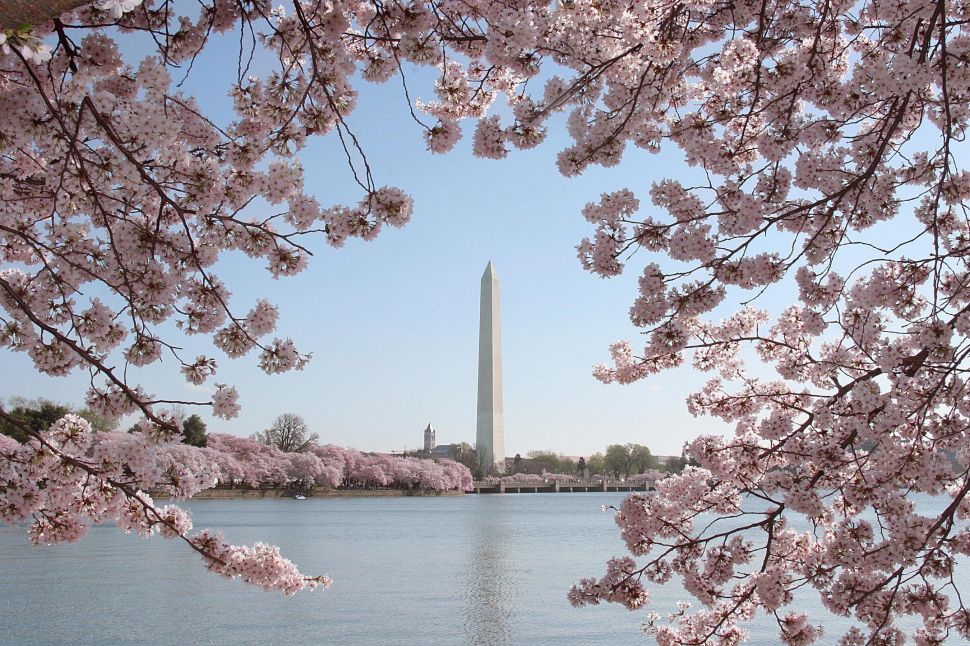