Release of the so-called Nunes Memo that challenged the integrity and objectivity of the FBI in securing a warrant under the Foreign Intelligence Surveillance Act (FISA) to investigate Carter Page has erupted into a political firestorm and earthquake of at least 10 on the Richter scale. The tragedy is that this memo is further and redundant evidence of a government that is badly broken. Shame on both Republicans and Democrats who have wielded this memo as a blunt instrument to bludgeon the other side.

The memo itself would receive a failing grade if it were submitted as a paper in any respectable law or graduate school. It asserts much and provides virtually no evidence or proof. At the very least, the FISA warrant application should have been studied carefully and the FISA Court judges questioned as to the grounds and evidence for approval. Unfortunately, Republican zealots trumpeted that this memo exonerates the president from any complicity with Russia, freeing him from Special Counsel Robert Mueller’s investigation. And Democratic zealots are demanding with equal venom that their memo, which contradicts the Nunes Memo, be made public.

The sordid mess resembles the semi-comedic movie War of the Roses in which the most bitter divorce proceedings end with both married parties clinging to a dangling chandelier that crashes to the floor, killing the feuding couple. Unfortunately, the furore over the Nunes Memo will not have similar effect on our warring parties. Instead, its legacy will be further extreme partisanship; the parties will treat every issue as if it is a matter of political life and death.

With the looming danger of another government shutdown and further continuing budget resolution; extending the federal debt limit; and the March 5th deadline for resolution of DACA legislation needed to keep nearly 800,000 immigrants brought here as youths illegally from deportation, a degree of competence and rationality in governing would seem essential. Further, the 666 point drop in the U.S. stock market Friday, followed by a 1,175 crash Monday, raises profound questions over the stability of the U.S. economy and global financial systems. Instead, aside from the Super Bowl, government seems transfixed on the Nunes Memo and the Democratic rejoinder.

As if more distractions were needed, President Donald Trump decided to pick on the British National Health Service (NHS) we are told after watching it being wrongly disparaged on Fox News. Tweeting that thousands marched in protest in the U.K., the president got his facts wrong yet again. The march was in support of NHS. It leaves little doubt about the ungovernability of America when its president launches yet again another uninformed ad hominem Twitter attack on a major ally based on a bogus cable news story.

But will he apologize? Likely not.

Beyond these vital domestic issues, foreign policy and defense likewise need careful attention. In Syria, the U.S. and Turkey are deadlocked over the Kurds. Ankara sees the PKK (Kurdish Peoples Party) as an existential threat. Washington sees the Kurds as crucial in the battle against the Islamic State and a counterweight to Syrian President Bashar al Assad and Russian influence. No resolution to these seemingly irreconcilable contradictions is in sight.

The upsurge in Taliban attacks in Kabul and the spate between President Ashraf Ghani and a rebelling governor do not augur well. Pakistan is not far from being de-certified as a major non-NATO American ally. Nor is the Joint Comprehensive Plan of Action (JCPOA) with Iran safe from Trump’s threat to disregard it. And the sanctions imposed on North Korea unsurprisingly are harming its citizens and not the leadership.

The new defense request for $700 billion in FY 2019 is a huge amount of money. However, it is insufficient to deal with the new strategy that calls for planning to defend against and defeat if necessary each of four potential enemies: Russia, China, Iran and North Korea. And the Nuclear Posture Review’s proposal to modernize all three legs of the nuclear triad will cost at least $1.2 trillion. Given the tax cuts, where are these funds to be found? At some point, the national debt of over $20 trillion can no longer be ignored.

While government seems to be playing the role of the band aboard the sinking steamship Titanic in the North Atlantic—serenely oblivious to imminent danger—governing cannot be left to future generations. Reversing this inability to govern remains the challenge of our times. And until the governed demand action from their governors, this band will play on. 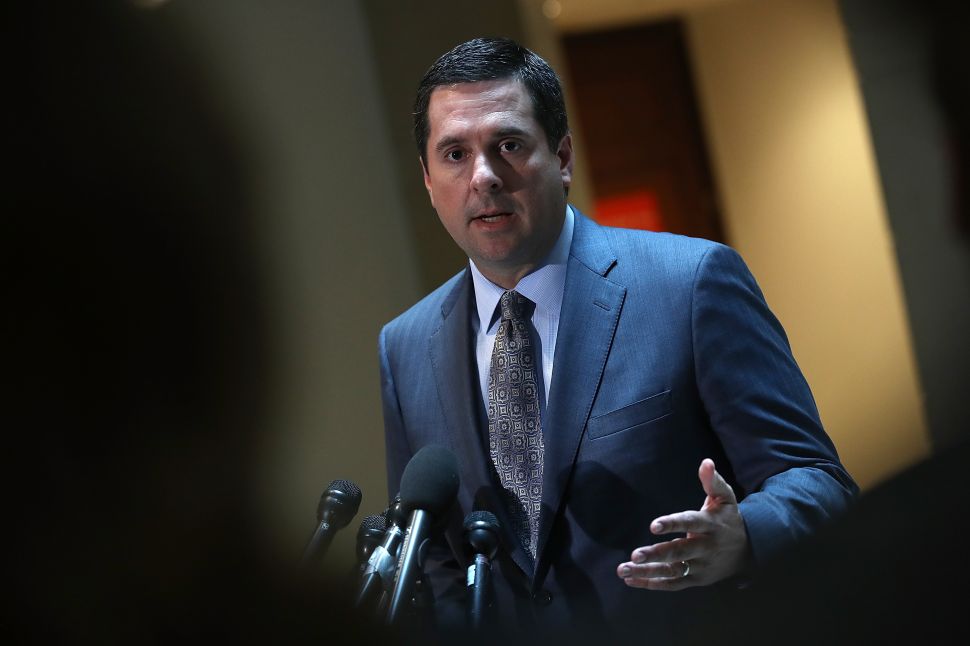