Ithaka S+R, a nonprofit that provides research and guidance for educational institutions navigating change (where I work), partnered with The Andrew W. Mellon Foundation, the Association of Art Museum Directors, and the Alliance of American Museums in 2015 to study diversity in the cultural sector. We found what many arts administrators of color have long been aware of—the field lacks racial and ethnic diversity, particularly in intellectual leadership positions. For instance, out of 1352 curators at 181 AAMD member museums, fewer than 30 were African-American. Eighty-eight percent were white non-Hispanic.

Whose point of view are art museums in the business of representing? As one interviewee at the Los Angeles County Museum of Art (LACMA) succinctly put it, if you have a diverse curatorial staff, you curate differently. Museum leaders have suggested that the primary barrier to hiring a diverse staff is the shortage of qualified applicants. But there are ways in which museums regularly signal, both to the public and to the job market, who is welcome within their walls. As Michelle Obama noted at the opening of the Whitney’s new building in 2015, “I guarantee you that there are kids living less than a mile from here who would never in a million years dream that they would be welcome in this museum.” It’s time for this to change.

Some cultural organizations have sought to create this change, experimenting with new models for community engagement and organizational structure. Recently, Ithaka S+R partnered with the Mellon Foundation to study the active practices that eight diverse museums have undertaken to create an inclusive atmosphere. Our resulting case studies focus on museums with relatively diverse staff, and we learned about a breadth of efforts to make the museum an inclusive place for staff, emerging professionals, and the public.

The Brooklyn Museum has been hosting Target First Saturdays since the late 1990s. Bucking  tradition for  encyclopedic museum programming, they invited their surrounding Brooklyn residents into the space to dance, drink, and socialize. Attendance climbed to 30,000 visitors on some weekends. Beyond this, many who come for the party can be seen crowding the exhibition galleries throughout the museum, showing that social events can lead to meaningful engagement with the collection. Target First Saturdays became a notably inclusive event in the city, introducing many in the surrounding neighborhoods to an institution that had largely ignored them for decades.

The Studio Museum in Harlem acts as an incubator for many arts professionals and artists of color. In this case study, we track seven arts professionals who have progressed to prominent positions in the field following employment at the Studio Museum. Their Artist in Residence program allows emerging artists to produce and present work, and typically one piece is purchased for the museum’s permanent collection. One of the residents described it as granting emerging artists a high degree of visibility in a competitive New York market.

LACMA was determined to establish satellite facilities in South Los Angeles, after a successful partnership with Charles White Elementary School resulted in adding a remote gallery in MacArthur Park. These satellite facilities represent a major investment in making the institution more accessible to South L.A. residents than its Wilshire Boulevard location.

The Andy Warhol Museum has built a pipeline to cultivate museum professionals by establishing a presence in underserved communities in Pittsburgh. Their efforts have recently been codified with a grant from the Ford Foundation and Walton Foundation. This program strives to get youth from the city who have few opportunities to engage with art, to see the museum as a community resource. In many cases, they advance to internships and employment at the Warhol as well as at other cultural organizations.

One of the clearest lessons from these case studies is that cultural institutions need to look not only to their human resources departments, but beyond, to the structural barriers that exist and are currently preventing them from diversifying. If museum leadership delegates the responsibility of diversifying the institution to a single department, it will surely fail to achieve internal change. These efforts must live in the director’s office. Museum leaders need to reach new audiences, rethink their programming, and develop trust with unfamiliar communities. In addition to casting a wider net for leadership from a diverse population, museums must reconsider their relationship to the public.

Liam Sweeney is an analyst at Ithaka S+R in New York. Read his full bio here. 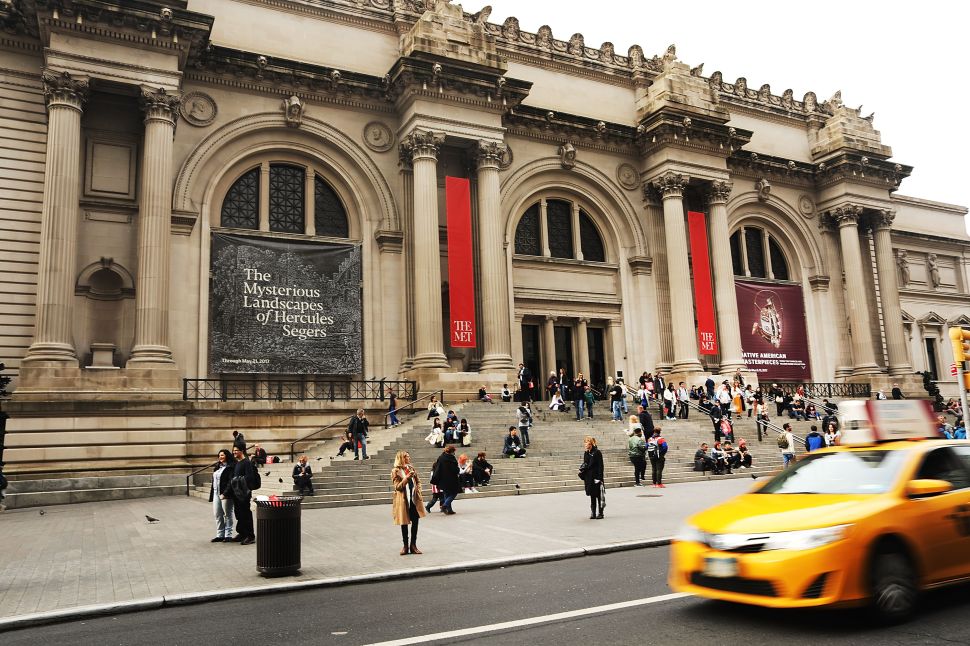