Spending in New Jersey elections by outside, independent groups has risen astronomically over the last 12 years.

In 2005, candidates for governor, legislature and state and county party committees together spent $160 million on the primary and general elections. Special interest groups acting independently, by comparison, spent just $411,224—less than 0.3 percent of total spending. (See Table 1 below.)

Twelve years later, in 2017, a tsunami occurred in independent spending, all but washing away the role of political parties in the state’s elections and greatly dampening the control many candidates have over their own campaigns.

State candidates and state and county party committees in 2017 spent a combined $144 million, according to preliminary estimates. While that’s still a hefty sum, it is 10 percent less than the combined traditional committee spending in 2005.

By stark contrast, independent spending soared to $47.5 million—about 25 percent of total spending. That represents an 11,458 percent increase since 2005.

So, the parties significantly decreased their financial activity in the face of tremendous growth in spending by outside groups.

At this rate, without reform, political parties in New Jersey will go the way of dinosaurs by the gubernatorial and legislative elections of 2021.

The candidates themselves faired a bit better—but not much. Even in their cases, the tide is turning, flowing in the direction of independent groups.

The handwriting is on the wall. If N.J. Election Law Enforcement Commission (ELEC)-recommended changes are not made to the campaign finance system that strengthen political parties and offset the growing clout of independent groups, the electoral system in New Jersey will be unrecognizable in a very short number of years.

BCRA redirected the flow of money away from national political parties by banning unlimited “soft money” donations from various special interest groups. Those contributors simply started spending their money independently. At the same time, the law restricted the amount of money used by state parties for federal purposes.

Between 2002 and 2010, the eight-year period prior to the ruling in Citizens United, there was more than a 1,000 percent growth in independent group spending at the national level, a trend that would soon filter down to the states.

Citizens United only made the situation worse, more than facilitating the increase in outside group activity that had begun in earnest with the enactment of McCain-Feingold.

Adding to the problem was New Jersey’s adoption of a series of executive orders and laws intended to stop pay-to-play politics that began a little over a decade ago. These actions drastically reduced the amount that public contractors could give to state and county parties, legislative leadership committees and gubernatorial candidates.

With the advent of federal Super PACs and 501c4 non-profit groups and increased reliance on 527 political organizations, all of which have no contribution limits, even more contributions flowed from public contractors to independent groups.

While all this was happening, proposals were put forth by the ELEC to stem the tide of the growing influence by independent groups and to restore a rational electoral system to the Garden State.

By not enacting meaningful reforms, the influence over elections by outside, often anonymous, groups has only increased to the detriment of the public interest.

Hopefully the new legislature will seriously consider proposals that will restore balance to the electoral landscape in New Jersey, with accountable political parties offsetting the influence of outside groups and candidates maintaining control over their own campaigns.

The proposals are as follows:

Americans, including New Jerseyans, may not very much like political parties. But parties are transparent, regulated by state law and serve as a link between voters and the government.

They also represent a broad coalition of people.

There can be no doubt that an electoral system dominated by the parties and the candidate themselves is much better than one controlled by independent groups with outsized influence and far less accountability to the voters. 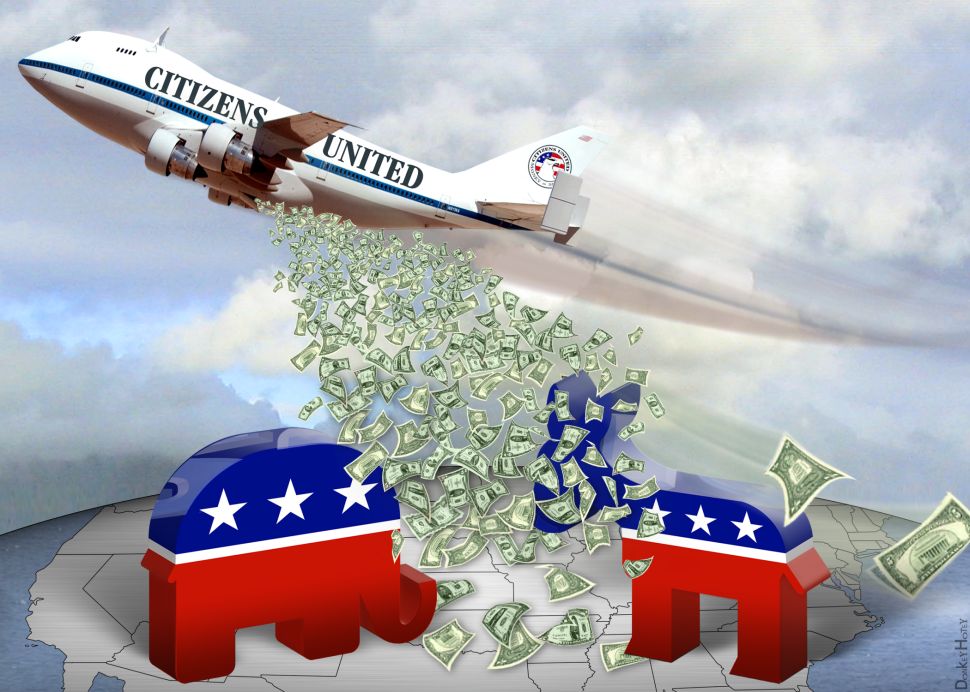