In the very early 1970s, half a decade before the Sex Pistols and the Ramones and two decades before Nirvana, Chris Butler was amongst a small group of vitally inventive musicians in Akron, Ohio, who virtually invented American new wave music. Bands like Devo, the Bizarros, the Numbers Band, and Butler’s own Tin Huey created the template for the alternative revolution that followed.

In 1978, Butler formed the Waitresses—who, even if you’re not a super fan, you likely know from hits “I Know What Boys Like” and “Christmas Wrapping”—with a cast of musicians intent on channeling some of the Akron weirdness and tension into a deceptively more palatable form. It was this same year, in a north-west suburb of the city, that another famous Ohioan, Jeffrey Dahmer, began the series of events that would lead to his own notoriety, murdering his first victim in the mid-century modern house owned by his family—where Butler now calls home.

The property recently experienced a rewind when Butler allowed the production of My Friend Dahmer to film on-site, returning the residence to what it might have looked like when the Dahmers were its inhabitants. Observer spoke with Butler about how he came to buy the house, why it serves as a great site for music-making and how it felt to see his home transformed into a version of its creepy past.

Is it true that when you first came across the house and started the gears towards purchasing it, you had no idea of the notoriety?

Yes, that’s true. I had no idea it was the Dahmer house. This place appealed to me because it was mid-century modern, and also, there was no yard, so no lawn to mow. It’s all woods. At the time I was looking for a place where I could make noise and not piss anybody off, and this place had enough isolation. More than anything, I was looking for a playpen for the Tin Huey band, which we revived in 2003. I got the house in 2005. One of the great things about living in the Midwest and being in a band is that you can get a band house! You certainly can’t do that in the New York City area.

The agent was—well, I don’t want to say he was shrewd, but he didn’t tell me right away, let’s put it that way. They let me fall in love with the house first, and then came…the phone call. And he says, “I’m not sure if we have to tell you this—Ohio case law goes both ways on this—but we’re going to disclose, because this would give you a reason to back out, should we keep this from you.” It took my breath away for about 24 hours, and then I thought, wow, I’ve got to do this. Many times I’ve made the joke, well, you’ve got Jimmy Page of Led Zeppelin living in Aleister Crowley’s house, Trent Reznor of Nine Inch Nails in the Sharon Tate murder mansion, then…Chris Butler?….The Waitresses?…Jeffrey Dahmer’s House?…that’s funny.

Well, Jimmy Page and Trent Reznor are both the sort of cats you associate with dark things and the dark arts, and they clearly deliberately wanted to tap into that vibe. But you don’t strike me as someone who walks around thinking, “Oh, I’m a dark decadent rock star.”

I Just liked the house! I mean, it can be useful in terms of making me interesting [laughs], but it creeps me out, frankly, and I’ve got to be careful with the exploitation. We get lots of lookie-lookies—people pull into the driveway and want a tour, as if they’re entitled to it. It’s very uncomfortable sometimes.

How do you deal with those people?

We respectfully say it’s a private residence, you’re welcome to take pictures from the road…same with news crews. We have to let them shoot from the road, I can’t stop that. I try to manage the interest, shall we say. I still get calls from ghost-hunt type shows, and early on I did one or two of those, because it was…funny…but I’m real cautious about anything that could be considered exploitation, and my girlfriend gets very upset when somebody comes by…though, to be honest, I think it goes along with the territory, and I’m more relaxed about it then she is.

The house has a great vibe, I mean, after all, the house didn’t kill anybody, and I don’t believe in ghosts, and there’s absolutely no reason to think there’s anything untoward here, other than it’s an old house, and old houses creak, but I am quite positive there’s nothing from the afterlife playing with my clothes dryer.

It’s pretty clear you are not a creepy serial killer collector, but there must be plenty of people who assume you are.

There’s nothing like going to a party and some beautiful woman comes up to you and says, “Oh, you live in the Dahmer house; I’m so into serial killers.” No, I’m not.

A while ago I was talking to one of those Murder-abilia types [a collector of serial killer memorabilia], because I was looking for a way to get some charity money. There’s a door to the crawl space—and the crawl space is large in Dahmer legend because that’s where he chopped up the body of his first victim—and the original door is still on it, so I thought I could sell it and give the money to some social institution or victims’ rights groups, or something like that. But it just creeped me out, dealing with these people, that someone would covet something like that. Maybe there’s an assumption that I’m like that, but I’m just not. My friends know that I’m not like that—I just wanted a pad.

I have to know…were you ever afraid you were going to find bones or body parts or anything? Did you poke around looking for any?

I looked for bones in the yard, until I read about how thorough the detectives had been. They basically put every piece of dirt through a sieve. The crawl space is definitely creepy, though. Apparently it lit up like Christmas when they sprayed that luminol stuff on the walls.

What did your friends and your family think when you got the house?

Ninety percent said, oh cool, great, it’s a beautiful house, but I was amazed at how some of my college educated friends were truly spooked, and insisted on getting it purged with kosher salt, that sort of thing. And I did do that. But I was definitely surprised by how many people were spooked by coming here. And some of the conversations online were vicious, like “burn it down, it’s a place of sin.” But most of my friends have been very cool, and it’s a great place for Halloween parties. There is a kind of “Ick! Cool!” factor that’s pretty good for a Halloween party.

The local community, as you might imagine, prefers not to highlight the fact that, aside from LeBron James, their claim to fame is that one of the most notorious serial killers in the history of the country grew up here and claimed his first victim here. They prefer not to advertise that, though they were very cooperative when they shot the movie here! It’s interesting psychology, everything changes when a movie is made. Hollywood comes to little sleepy Bath!

Of course, the film My Friend Dahmer uses the actual house—your house.

It was more of a hassle than I expected, because at first they said, “We need two rooms,” so we moved everything that was breakable into another room, and then they said, “Ahhh, we need three rooms,” and pretty soon they ended up with the whole house, and they just stripped it and we put everything into storage.

The set designer was really great by the way, but I’m not sure it actually looks like the house looked in the 1970s. I think they were just going for tacky, and I think that was intentional, because one of the plot points that cracks up the family is that Joyce Dahmer gets it in her head that she wants to remodel, and calls in the decorator, who, interestingly, my girlfriend’s parents also used. But they made the place tacky, likely far tackier than it was—Macramé, wood paneling, floral prints that were not really of any specific period, a pole lamp that I wish I could have kept…it was amazing what they did.

Have you ever had any regrets that you bought the house?

Only because it’s expensive and my royalties fluctuate [laughs]. No regrets about the Dahmer business, and I love this place. I’ve moved so much in my life, I can’t envision moving again. I’m 68, I’m just tired of packing shit up. A wonderful thing about the house is that everything I collected and previously had to keep in storage just shoehorned in beautifully. I guess the train stops here.

Chris Butler’s most recent album, Easy Life, is a concept album about his experiences as a survivor of the shootings at Kent State on May 4, 1970. He will soon be releasing an album in collaboration with the late, legendary saxophonist Ralph Carney called Songs for Unsung Holidays. 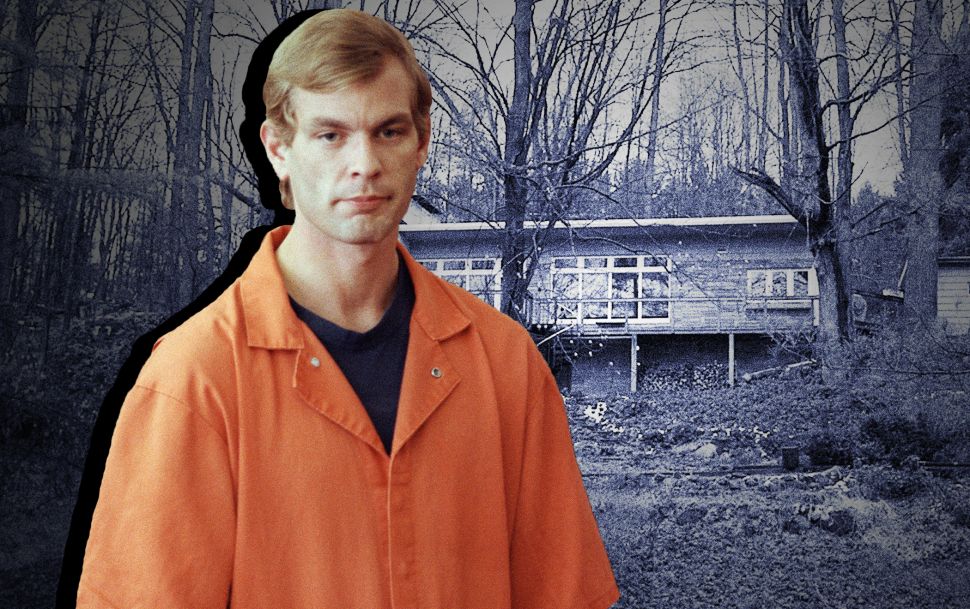