Defense Secretary Jim Mattis issued a stern warning on Friday to Syria, urging the regime to abstain from using chemical weapons. Unconfirmed intel has recently reported to the Pentagon that Syrian forces have weaponized chlorine and sarin gas. “The regime appears to have weaponized chlorine again,” Mattis told Politico, “but we are even more concerned about the possibility of sarin use.”

Mattis told reporters, “You have all seen how we reacted to that, so they’d be ill-advised to go back to violating the chemical convention,” referring to an April 2017 airstrike launched in retaliation by the United States after Syria used chemical weapons on its own civilians.

A State Department report issued last week outlines the reported use of chemical weaponry in the region. “The OPCW (Organization for the Prohibition of Chemical Weapons and Resolution) Fact-Finding Mission has confirmed multiple incidents of chemical weapons use in Syria, including the use of the toxic industrial chemical chlorine as a weapon,” reads the report.

The report also names Russia as a largely responsible party in the reintroduction of chlorine and sarin gas in Syria. This suggests that Russia has been negligent in destroying the chemical weaponry as previously negotiated in 2013 as well as failed to follow through on its agreement of the UN Security Council Resolution 2209, a resolution that holds it accountable for enforcing the restriction of chemical weaponry in Syria as long as it occupies the region.

“Russia has not lived up to these commitments. Since two thousand—April 2014, there has been mounting evidence that Syria continues to illicitly possess chemical weapons and use them against its own people,” states the report. “There is simply no denying that Russia, by shielding its Syrian ally, has breached its commitments to the United States as a framework guarantor,” it continues.

In line with the remarks issued by the State Department last week, Mattis suspects that the Syrian government has been negligent in destroying the chemical weaponry after entering into an agreement with Russia. “We think that they didn’t carry out what they said they’d do,” Mattis told reporters. 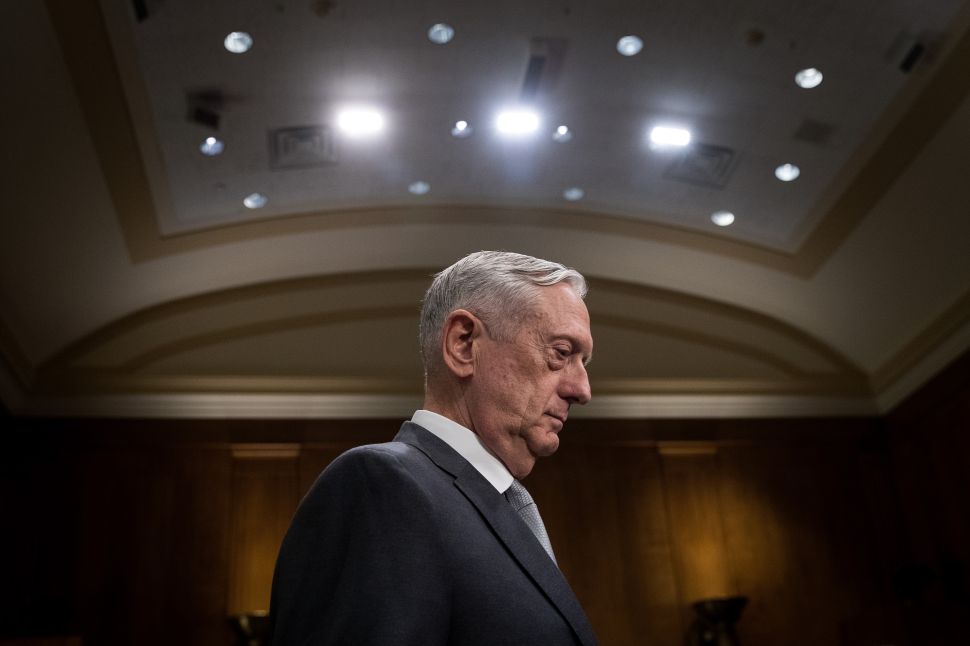