Although the right-wing operative broke onto the political circuit through undercover videos exposing bureaucratic organizations—most notably a 2009 sting against the Association of Community Organizations for Reform Now (ACORN)—his notoriety fumbled into farce this past year.

After a Project Veritas operative posing as a rape victim attempted to undermine The Washington Post’s reporting on disgraced U.S. Senate candidate Roy Moore, only to be exposed by the outlet, O’Keefe has carried a battered reputation. His sting on the Post was seen by many as a declaration of war against Moore’s accusers and the entire women’s movement against sexual misconduct.*

O’Keefe dodged reporters after the scandal broke, reluctantly admitting to Mediaite that he believed the women, even while waging a campaign to discredit them.

But having just published his second book, American Pravda, the Project Veritas founder is being forced to address the controversy and assert his own narrative.

“It had nothing to do with Roy Moore. Roy Moore was a means to an end,” O’Keefe told Observer when asked about the sting operation. “The media spun it, made up an intent. We were trying to build a rapport between two people to extract whether or not they had an agenda or were hard and loose with the facts, the same things we did with Twitter, The New York Times and CNN.”

“We were trying to explore and expose journalistic malpractice at The Washington Post,” added O’Keefe. “And sometimes we can’t con an innocent man. Sometimes people don’t give us the story.”

While O’Keefe takes responsibility for the botched operation, he says that the Post falsely accused him of trying to plant a fake story.

“If you actually trace back the facts and read the article, you’ll see they didn’t actually state it as fact. They deduced it,” said the Project Veritas founder, adding that he’s been talking with his lawyers about the possibility of “suing The Washington Post for defamation.”

O’Keefe explained that the Post‘s insinuation of his attempts to plant a fake story are grounds for a defamation lawsuit, along with a story from last summer written by reporter Paul Farhi—which initially claimed that Project Veritas footage involving a CNN producer failed to mention his location.

When reached for comment, Farhi pointed out that the piece had been corrected.

Although the Project Veritas founder claims “corrupt and complicit” reporters are “virtue signaling” against him, he prides himself on driving conversation in media and eroding the public’s trust in mainstream journalism.

Project Veritas stories have been cited by members of President Donald Trump’s administration to discredit media outlets—something that undermines the press as a whole.

“In many ways, I think Project Veritas is unique in that it’s not an aggregator. We are content producers,” O’Keefe told Observer. “We create the content. We put it out into the ether. And the media reacts to what we do.”

*Editor’s Note: The original line in this story read, “By attacking the Post, O’Keefe declared war on Moore’s accusers and the entire women’s movement against sexual misconduct.” The line was changed by the editor after the reporter was confronted by Mr. O’Keefe over this particular sentence and threatened with the possibility of legal action. 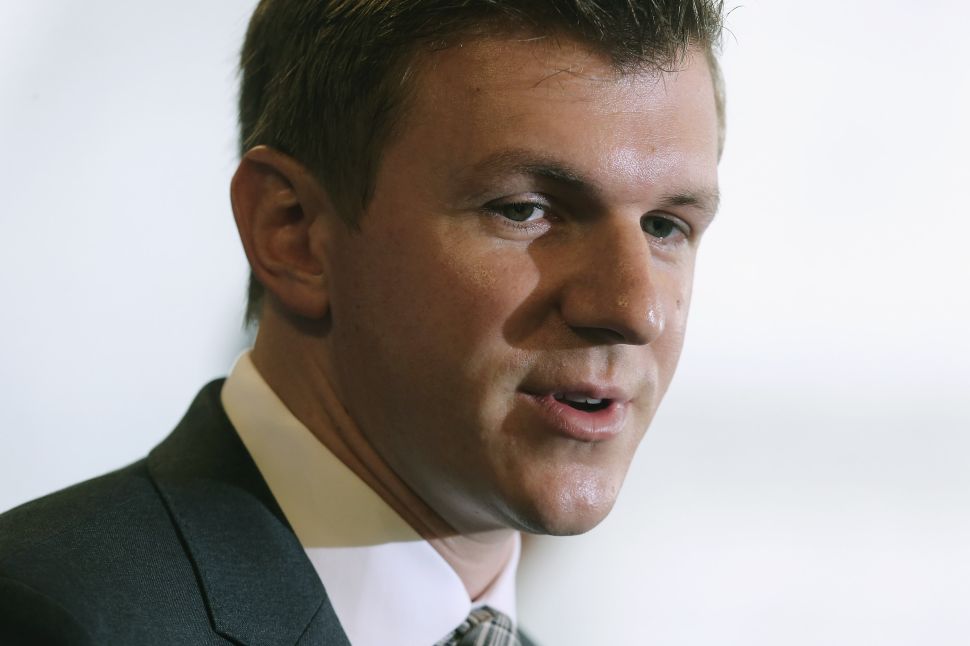