Tambor had been hit with several sexual misconduct accusations, leading to uncertainty surrounding his future with the series. Transparent was meant to head into its fifth season with its Emmy-winning star attached, though that is no longer the case. The 73-year-old actor played Maura Pfefferman, a trans woman and parent to three grown children, during the show’s first four seasons.

Tambor’s former personal assistant, who is a trans woman, claimed he sexually harassed her in November. Later that month, Transparent guest star Trace Lysette accused him of other inappropriate behavior.

This prompted a statement from Tambor on November 19 that read: “Playing Maura Pfefferman on Transparent has been one of the greatest privileges and creative experiences of my life. What has become clear over the past weeks, however, is that this is no longer the job I signed up for four years ago. I’ve already made clear my deep regret if any action of mine was ever misinterpreted by anyone as being aggressive, but the idea that I would deliberately harass anyone is simply and utterly untrue. Given the politicized atmosphere that seems to have afflicted our set, I don’t see how I can return to Transparent.”

It was believed at the time that he had officially stepped away from the show. However, his spokesperson issued another statement a month later saying that the situation was fluid.

“What he said was that given the toxic atmosphere and the politicization on the set, it’s very hard for him to see how he can possibly return. But no final decision for next year has been made, either by Jeffrey or by Amazon,” the statement read.

Amazon has not yet returned Observer’s request for comment.

On Thursday, Transparent creator Jill Soloway said, ““I have great respect and admiration for Van Barnes and Trace Lysette, whose courage in speaking out about their experience on Transparent is an example of the leadership this moment in our culture requires. We are grateful to the many trans people who have supported our vision for Transparent since its inception and remain heartbroken about the pain and mistrust their experience has generated in our community. We are taking definitive action to ensure our workplace respects the safety and dignity of every individual, and are taking steps to heal as a family.”

For his role, Tambor has been awarded two Emmys and a Golden Globe. 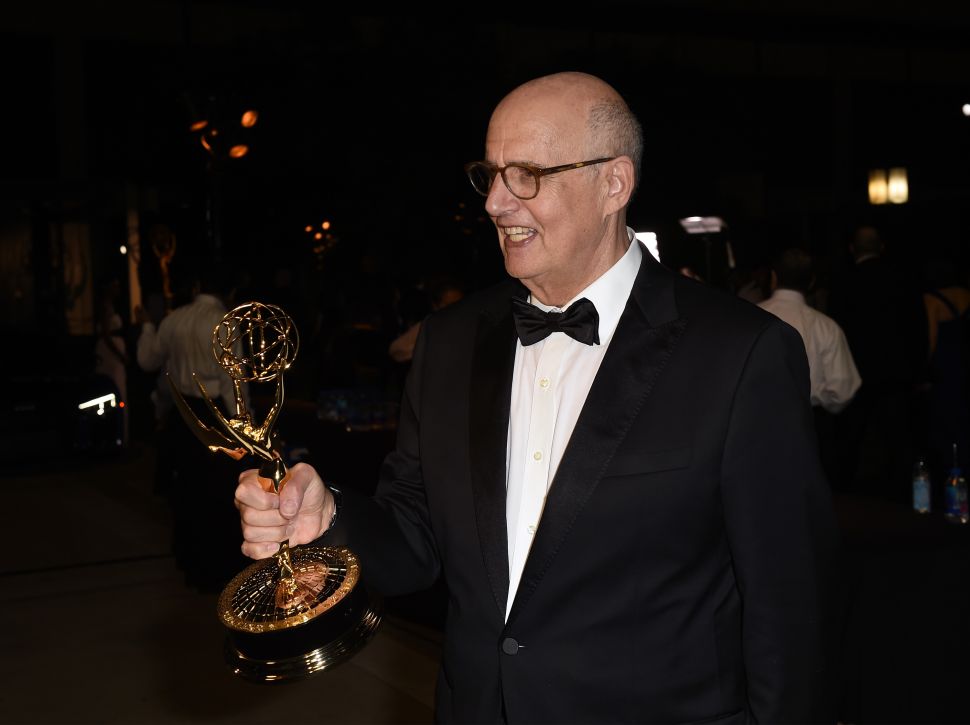