Nevertheless, in measured but strong words, Biden made his thoughts known in a devastating critique of the current occupant of the Oval Office. For instance:

MITCHELL: “Why do think the president is so reluctant to take on Vladimir Putin?”

BIDEN (folding hands in lap, pausing, looking down): “Look, I, uh, um, ya know, I, I want to give every American—including the president—the benefit of the doubt. But I can’t fathom any reason other than he is concerned about what Putin might say or do or what information he may or may not have.”

As for Putin’s goal of shaking national and global faith in American institutions with spying and cyber warfare, Biden said, “Putin must be sitting behind his desk in the Kremlin going ‘It’s workin’, man.’… My God!”

The interview spiced up a noon hour that is not usually the liveliest of the 24-hour cable news cycle on the three major outlets. On most days, the multi-talented Mitchell anchors an Andrea Mitchell Reports that shows that her major strength is not anchoring.

At the same time, CNN offers responsible but predictable common wisdom on Inside Politics with John King while Fox News Channel promotes a female leg and shoe show called Outnumbered.

But Mitchell scored a powerful interview Thursday that showed at least the alarm of Biden and his desire to help Democrats retake control of the Senate and the House of Representatives in November’s elections. Might he run for president in 2020? Biden wouldn’t say.

After he mentioned Trump’s “deliberate misstatements” and other words “that are simply not true,” Biden said, “I find him just not credible.” So Mitchell asked him, “Do you mean that he’s a liar?”

“Look,” Biden said. “I’m not going to sit and call the president of the United States a liar. I’ll use my term. He does not tell the truth.”

The interview took place in a big office with a big window that showed a view of the Capitol. Behind Biden were two American flags, one ceremonially folded.

At times, he showed great animation. On three occasions, Biden leaned forward in his chair so far that his face below his chin disappeared behind the “lower third” of the screen where producers put headlines, stock tickers and other information.

He did this when discussing Russian interference in Trump’s 2016 election victory over Democratic candidate Hillary Clinton. After using the phrase “abuse of power,” Biden bemoaned the lack of serious attention from the Trump administration to this tampering.

“I can’t fathom why the president—just as a patriotic American, let alone the president—would not be looking for every single bit of data and evidence,” Biden said. “What has to be done to convince these guys that they’re being derelict in their duty and they are, in fact, jeopardizing American security?”

Biden again leaned forward and partly out of picture frame again when Mitchell brought up Trump’s comments last summer about the fatal right-wing racist rally at Charlottesville, Va. and how Trump said there were “very fine people” on both sides.

Biden noted that some of the right-wingers sang Nazi hymns.

“Our children are listening, for God’s sake,” Biden said, condemning Trump’s “moral equivalence” between white supremacists and those who oppose them. He also leaned forward again when discussing the death of his son, Beau, which prevented him from running for president in 2016.

In that Trump, his family and his cronies are being investigated by special counsel Robert Mueller, Mitchell asked Biden if he thought Trump might take the Fifth Amendment to avoid questions under oath.

Biden acknowledged the dilemma. Should Trump answer questions, he might be a “loose cannon,” Biden said. While answering, Biden softly clapped his hands six times.

“If the president took the Fifth,” Biden said, “…he is abdicating the responsibility of the presidency of the United States.” He called such a legal dodge an “abhorrent notion.” Overall, Biden expressed amazement over the obvious chaos in the Trump administration.

“I’m having enormous difficulty understanding how this White House functions,” Biden said. “Who’s on first? Who’s on second? Who’s pitching? Who’s catching?” Of Trump’s often contradictory and bellicose statements, Biden said, “You look at him and you wonder what in the heck is he talking about?” 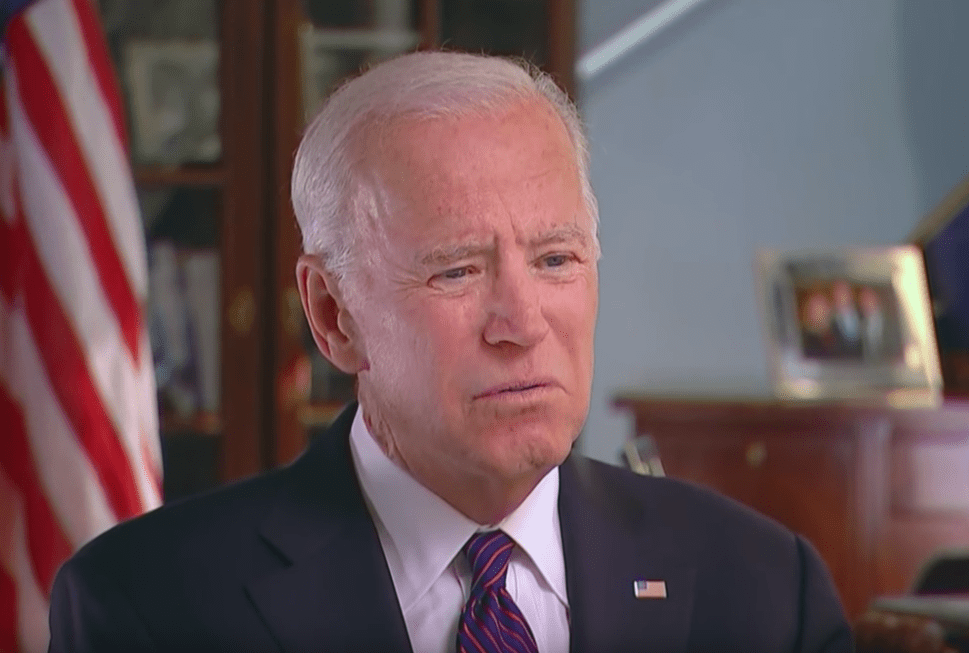