Conway, a New Jersey native, is headlining a high-dollar fundraiser with MacArthur on Sunday in a Moorestown home, according to an invitation to the event. The invitation asks guests to donate $15,000, $5,400 or $1,000 to a joint fundraising committee supporting MacArthur.

The fundraiser was first reported by David Wildstein.

MacArthur was the only New Jersey member of Congress to vote for a federal tax overhaul that was supported by President Trump but criticized by Democrats and Republicans in the Garden State. MacArthur also played a key role in a failed effort to scrap the Affordable Care Act.

Trump hosted a fundraiser for MacArthur in June that raked in $800,000 for the congressman’s re-election campaign. 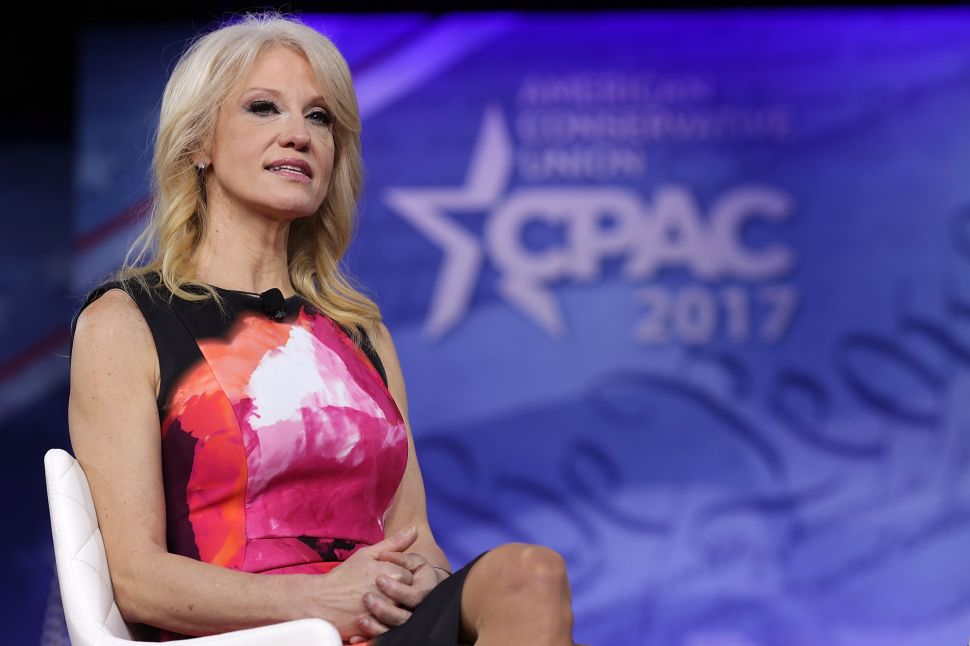