The annual South Beach Wine & Food Festival has officially returned to South Florida, bringing with it plenty of delicious events. Some of the biggest names in the culinary world will unite for a five-day food and drink extravaganza, with more than 90 different foodie affairs scheduled through Sunday. That means festival-goers can take their pick of day-long tastings and demos, themed events, intimate dinners, brunches and late-night bubbly soirées.

The only caveat? You’ll need a ticket to each event, and those can get pretty pricey. But take it from a festival pro, there’s still time to guarantee yourself the ultimate experience at this foodie festival, even if you haven’t started planning.

SOBEWFF offers more food and drink than anyone could realistically savor and while many events have already sold out, the good news is that a few of 2018’s most important tastings still have available tickets—and they’re all under $250.

Here’s a rundown of the five best tastings that you’ve still got a chance at experiencing. But keep in mind: Now is the time to buy tickets or risk waiting until next year.

No plan? No problem. The Grand Tasting Village, with available tickets for $225 a person, will serve as your festival anchor. You’ll get the most bang for your buck thanks to more than 50 restaurants and wine and spirit producers, each of which is stocked with unlimited bite-sized sweet and savory samplings. While a specific lineup of menu items has yet to be released, participating restaurants range from Asian, American, Mediterranean, Spanish and Mexican, in addition to poke, barbecue, steak and doughnuts. Before you leave, seek out the David Grutman Experience, located in the courtyard between tasting tents. The nightlife vet will be curating a lineup of his favorite plates from local restaurants, along with music and other live acts.

Barilla’s Italian Bites on the Beach

America’s beloved queen of Italian cuisine—Giada De Laurentiis—returns to SOBEWFF to host a festival favorite, the carb-fueled Italian Bites on the Beach. In anticipation of De Laurentiis’s newest cookbook release, Giada’s Italy, which hits bookstores in April, she will curate a team of over 30 local and national chefs. Each will be responsible for dishing out items from various regions in Italy, from Tuscany and Sicily to Campania and Piedmont. Sample their hearty pastas and bruschettas while indulging in bottomless champagne, wine and cocktails. General admission is priced at $150 and provides access to unlimited samplings.

Food Network personality Michael Symon, who is two months away from launching a new cookbook, Playing With Fire, will host 30 grill masters during the festival’s ultimate barbecue event. A $150 ticket will have you devouring mouth-watering cuts of beef, chicken and pork, all cooked low and slow as on-site barbecues sizzle and steam in front of you. Don’t forget about the bottomless pours of wine and spirits, either.

Nearly two dozen chefs will cook up their best variations on the Mexican staple at this late-night event. Hosted by James Beard award-winning Chef Rick Bayless, guests will lounge poolside at the Loews Miami Beach while devouring unique tacos stuffed with beef, chicken, pork, veggies and more, for just $150 per person. While we don’t have an exact lineup of what tacos you can expect, just know that there will be enough to leave you satisfied until next year.

You’ve just caught a serious break: The festival’s ultimate meat marathon, Burger Bash, still has tickets. With your feet in the sand, you’ll wrap your hands around more than two dozen juicy beef sandwiches and wash it all down with bottomless pours of chilled beer and wine. As some of the country’s best chefs battle for the Heineken Light People’s Choice Award, a panel of judges, including Bravo’s Andy Cohen and Kardashian BFF Jonathan Cheban, will choose a winner for this year’s Schweid & Sons Very Best Burger Award. Tickets are slightly more expensive, at $250 a pop, but take it from a festival vet, it’s worth it. 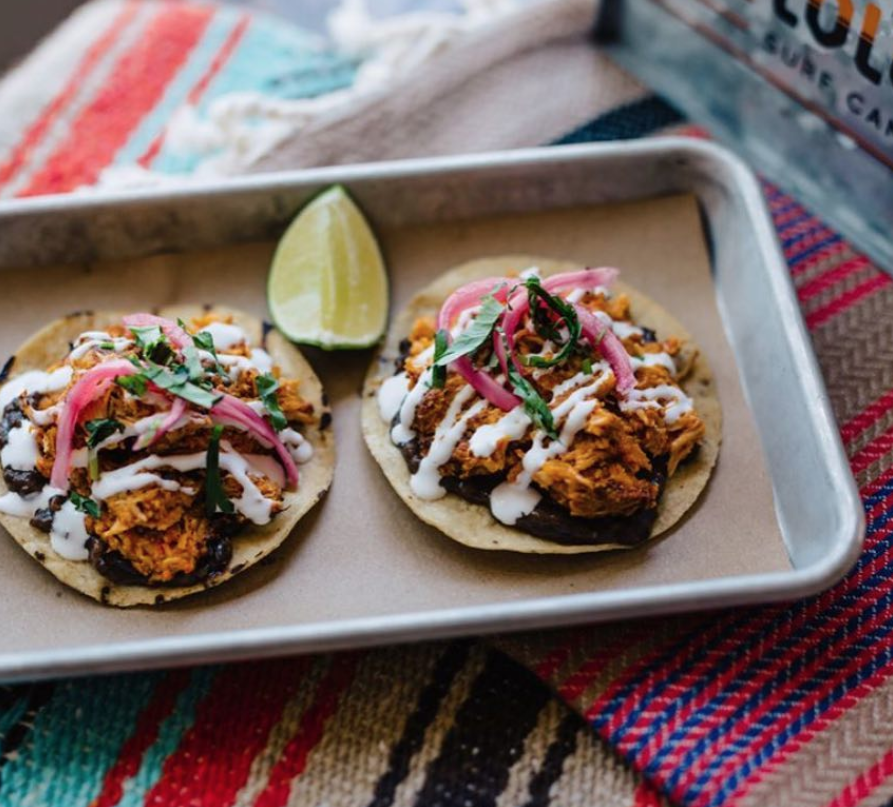