When Lena Dunham and Jack Antonoff announced their breakup last month, after five years together, speculation arose immediately. At one point, the rumors around the Bleachers frontman’s new love interest(s) were so pervasive, Antonoff took to Twitter to ask everyone to stop reducing his life to “dumb hetero normative gossip.” Since then, those romantic rumors have run rampant, pairing Antonoff with everyone from an up-and-coming model to his songwriting companion Lorde—and even his ex-girlfriend, Dunham.

According to Page Six, it’s entirely possible that Dunham and Antonoff are reuniting, as they’ve reportedly been in “constant communication” since the break-up. The same sources say he’s been supportive of Dunham since she underwent a hysterectomy. The Taylor Swift songwriter even re-tweeted her Vogue article in a show of support, calling it a “beautiful piece.”

Despite their continued friendship, Antonoff has been caught canoodling in public twice since the break-up. First, it was with aspiring model and artist Carlotta Kohl. Us Weekly was convinced they were dating, after images of them dining at Gemma surfaced towards the end of January. It’s likely that he met Kohl when she posed (or at least her backside did) for St. Vincent’s latest album Masseduction, which Antonoff produced. As it turns out, Kohl is also St. Vincent’s research assistant.

According to another unnamed source in the Us Weekly article, Antonoff has been seeing someone, and the assumption was, it must be Kohl. Some hoped it was his protege, the 21-year-old Lorde, who he’s been spending quite a bit of time with ever since they crafted her album Melodrama.

There was talk that the collaborators were secretly together, even before Antonoff’s break-up with Dunham was official. When Lorde admitted to Billboard that they FaceTime every day and are “obsessed with each other,” it certainly didn’t help their case for a purely platonic relationship. Most recently, the duo was spotted embracing in Lorde’s hometown of Auckland, New Zealand.

Before their streetside cuddle, a source said that the two looked very cozy at Clive Davis Grammys party in New York, and “it was obvious they were dating.”

In a recent Instagram live, Lorde attempted to dispel the scuttlebutt yet again, saying “Jack and I are not dating, for the last time, but I love him. He’s awesome.” It’s reported the Royals singer is actually seeing Universal Music executive Justin Warren, who was in Auckland with Antonoff and Lorde. In 2016, Warren denied their relationship when he was spotted vacationing with the then 19-year-old.

We hate to engage in the heteronormative gossip, but if none of those rumored relationships are true, Antonoff could always return to his high school sweetheart, Scarlett Johansson. 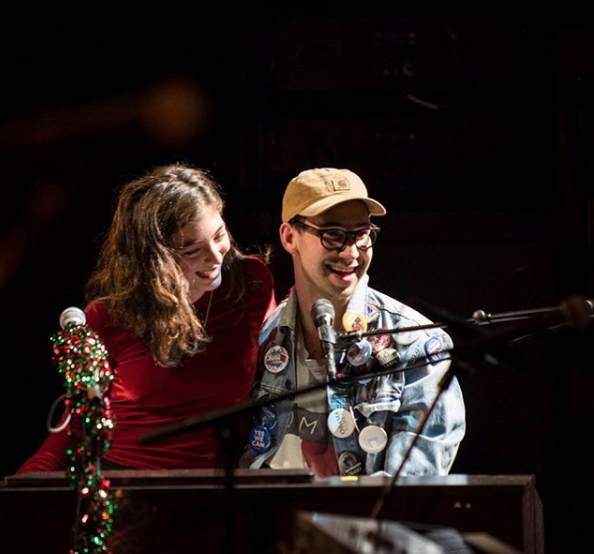