Capetown, South Africa, is running out of water. Sometime in April, it will face “Day Zero,” which means that the city’s taps will be turned off and its four million residents will have no access to . Civil unrest, riots or worse aren’t just a possibility—they are inevitable unless there is a very quick fix.

The country is rushing the construction of treatment plants and of desalination plants to harvest drinkable from the ocean, but these solutions should have been implemented years—even decades—ago.

Other Cities Are Drying Up

Capetown isn’t alone in racing toward an uncertain fate. All across the world, major cities are seeing their resources shrink at an alarming rate. Tokyo, London, Cairo, Sao Paulo, Beijing and Mexico City are facing the prospect of an arid future. Each is from a different climate and on a different continent, but they all may share the same fate.

Cairo has been plagued by desertification and instability in irrigation, but now it has to do so with more mouths to feed and . Sao Paulo gets even more rain than the U.S. Pacific Northwest, but the isn’t drinkable, thanks to pollution. Beijing can no longer sustain its supply as glaciers in Tibet are receding even faster than expected. Mexico City was once built on a lake, but there’s no place for the to go thanks to construction on recharge zones. Such activity also makes the area unstable and worsens the destruction from deadly earthquakes. Despite all of its rain, London’s problems stem from a growing population. Tokyo gets as much rain as Seattle, but a lot of it comes during the brief monsoon period, and a weaker rainy season due to climate change could leave the Japanese city high and dry.

Which Cities in America Could Face a Similar Fate

These problems are not just struggles experienced by non-Americans in a distant land. They are concerns that U.S. citizens will face here at home, with just as much intensity as South Africans, Egyptians, Brazilians, Japanese or English. It will be Texans, Floridians, Georgians, Californians and residents of Utah who will face a dry future without immediate action.

Six years ago, I stood in the Rio Grande, on the border of Texas and New Mexico, just outside of El Paso. It was completely dry, but leftover bones of a few fresh creatures eerily indicated there had been a river. It was nothing like the river I had grown up with in the 1970s and 1980s that formed the famous border between the U.S. and Mexico.

Roughly 100 years ago, a congressionally approved project known as the Elephant Butte Reservoir was completed in Southern New Mexico that allowed to be diverted from the Rio Grande for agriculture. In the 1930s, Colorado, New Mexico and Texas worked out a deal, with Congress’ blessing, to share the . But with the Rio Grande running dry, Texas recently sued New Mexico, claiming that the state is violating the deal by draining additional before it ever gets to El Paso. Oral arguments were heard by the U.S. Supreme Court last month on this subject. Meanwhile, the Rio Grande isn’t so grand, thanks to such diversions.

Two other large Texas towns are in trouble. San Antonio has relied upon the Edwards Aquifer, but the growth in population and a lack of recharge could use up this valuable resource. And sure Hurricane Harvey flooded Houston, but that’s not drinkable , thanks to the region’s dependence on petrochemicals and related industries. Even though Houston was built on a swamp, overpopulation and building on watershed areas could make this city another dry and dusty Texas town.

The capital of Utah is fast becoming a victim of climate change. As NOAA’s Cooperative Institute for Research in the Environmental Sciences put it, “For every degree Fahrenheit of warming in the SLC region, a 1.8 to 6.5 percent drop in annual flow of local streams could occur.” And for a Western city dependent upon cool temperatures to generate snow and fresh , those elevated temperatures are bad news.

Ten years ago, Georgia faced a crippling drought. West Point Lake was nearly classified as a “dead pool.” Many Atlanta lakes nearly suffered the same fate. The rains eventually came, but the city has never fully recovered from those days, though Mayor Shirley Franklin helped the city upgrade its sewage system. Its water supply is tied up in courts, as the result of a dispute between Georgia, Alabama and Florida. A bad decision in the courts could make this Southeastern city resemble the Atlantis of old.

California is facing its worst drought in recorded history. Los Angeles is struggling with the the depletion of the Colorado River by several states for agricultural purposes. San Francisco is dealing with historically low rainfalls. But overall, the state’s population boom is creating a crisis for the state. But the main problem both cities face is that California is too reliant upon weather to provide , and there too many districts to create a coherent policy.

You would think a city by the coast like Miami would be flush with , but saltwater can’t be consumed. Moreover, those rising sea levels are seeping into the city’s aquifer. As the waves lap over city streets, the city’s freshwater supply could disappear as fast as a hurricane headed to Florida.

Which U.S. Cities Are Solving Their Crisis

The news is not all bad. A number of U.S. cities had the foresight to realize that unlimited supplies of do not exist and that America’s population is growing rapidly. These cities can provide lessons for those municipalities that are struggling to provide enough for their citizens.

The city that has done the best is right in the middle of the desert. Years ago, Las Vegas instituted a rigorous water conservation system that’s becoming a model for other U.S. urban areas. Dallas and Austin have engaged in similar ways of preserving that other Texas cities like El Paso, Houston and San Antonio need to follow. And Boston and New York City haven’t waited for problems to emerge before taking action.

is like an economic entity in that there is supply and demand. But unless problems are addressed with both, people will pay a heavy price for inaction. Whether it is boosting supply by utilizing creative technologies and protecting wetlands and watersheds or reducing demand by engaging in conservation methods, all need to be employed to avoid a “Day Zero” like Capetown might soon experience. 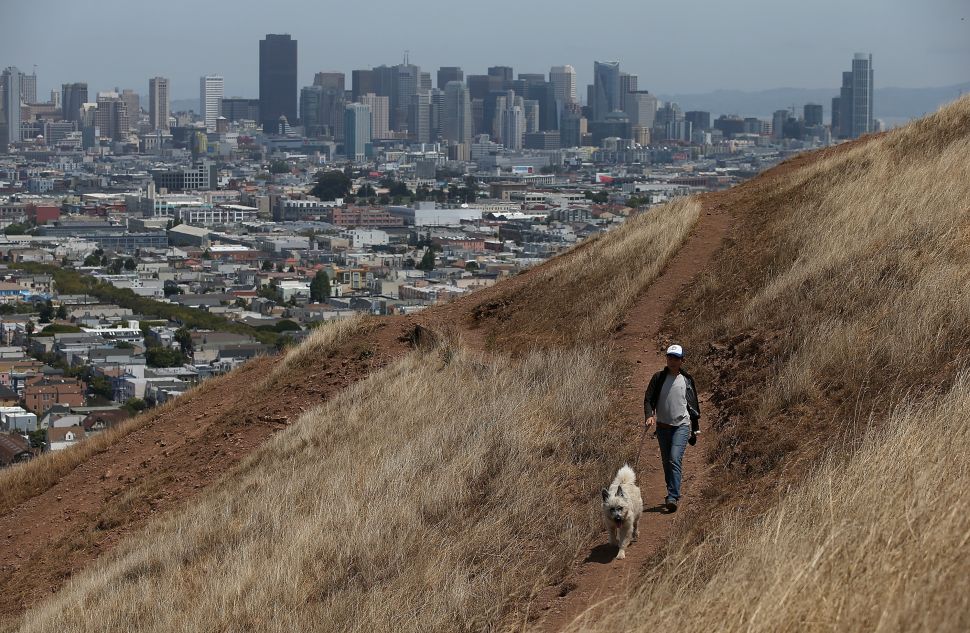