Could America’s national pot policy soon go up in a cloud of smoke?

A federal lawsuit seeks to legalize marijuana under federal law by targeting the constitutionality of classifying cannabis as a Schedule I narcotic under the Controlled Substances Act—the same class as heroin, LSD, and ecstasy.

The suit filed in July against Attorney General Jeff Sessions, the Department of Justice and the Drug Enforcement Administration (DEA) will be heard in Federal District Court in Manhattan on Wednesday.

“Classifying cannabis as a ‘Schedule I drug’ is so irrational that it violates the U.S. Constitution,” the 98-page suit argues.

The lawsuit illustrates the long and convoluted history of marijuana and U.S. drug policy, questioning the contradictory nature of the federal decisions that continue to negate their predecessors.

For instance, Congress classified cannabis  as a Schedule 1 drug nearly 50 years ago under the 1970 Controlled Substance Act (CSA), a category defined by the DEA as substances with “no currently accepted medical use and a high potential for abuse.”

To this day, the federal government still ascertains that cannabis should remain in the most lethal category of narcotics, despite the fact that the substance has been legalized for medicinal purposes, recreational use, or both in 30 states nationwide.

According to long-time marijuana rights activist and drug policy expert Jon Gettman, who has spearheaded numerous petitions to the DEA calling for the rescheduling of cannabis, there are two problems with the CSA.

“The first problem is the wide latitude given by the federal courts to the executive branch on how to interpret the scheduling criteria passed by Congress,” Gettman told Observer. “…This has the been the problem with legal action in the past—the federal courts have allowed the DEA to interpret the language in ways that allow them to keep marijuana in Schedule I, despite credible and obvious evidence that it is not highly addictive and that it does have accepted medical use in the United States.”

The second problem, Gettman said, is “that it just doesn’t work.”

“It’s design is based on a faulty assumption that a regulatory model based on industrial production can be applied to marijuana—that there is a closed and tightly controlled manufacturing/distribution system that can be monitored and regulated by the DEA,” Gettman explained.

The Manhattan lawsuit points out that the current administration’s stance is a hypocritical one in lieu of events like the 2003 patent on marijuana compounds obtained by the Department of Health and Human Services to prevent brain damage and Obama-era Surgeon Vivek Murthy’s conviction that marijuana is beneficial for medicinal purposes.

The suit contends that the jarring disconnect between state and federal marijuana policy endangers the plaintiffs’ health, livelihoods and human rights.

Among the five plaintiffs is an ex-NFL player, Marvin Washington, who alleges the CSA interferes with his business in legalized states, violating the commerce clause of the U.S. Constitution. The former Denver Broncos defensive player is the entrepreneur behind a line of hemp-infused products designed for athletes to combat brain injury.

Another plaintiff, 12-year-old Alexis Bortell, suffers from chronic epilepsy and contends that federal marijuana prohibition infringes upon her right to travel with her medication through federally-controlled zones like airports.

“We are very optimistic that the case is going to come out the way it should, which is that the Controlled Substances Act is going to be found unconstitutional,” said her lawyer, Michael Hiller.

A representative for an additional plaintiff, the Cannabis Cultural Association (CCA), told The Cannabis Business Times that “the Controlled Substances Act has been enforced against people of color exponentially more than Caucasians” and that the CCA plans to challenge federal marijuana prohibition as a violation of minority rights.

If the plaintiffs are successful in their goal of declaring that the CSA unconstitutional, the national implications of such a ruling would be sweeping.

Rescheduling marijuana from a Schedule I drug to another classification, or removing it from the CSA entirely, could result in a massive nationwide cannabis industry boom, similar to the one that’s been occurring in Colorado; the state collected $247,368,473 in marijuana tax revenue in 2017 alone. Lifting the federal ban would also open the doors to uninhibited research into marijuana’s medical opportunity.

“The CSA is a failed 20th century policy that is increasingly irrelevant to the extent and use of cannabis in the 21st century.” Gettman concluded. “The DEA ignores legal criteria established by statute and the legislative history of the CSA, and hopefully, this lawsuit will give the federal courts an opportunity to force the DEA to modernize its approach.”

The case will be heard tomorrow by Judge Alvin K. Hellerstein, who is expected to give the suit “prioritized attention,” as he stated at a hearing in September. 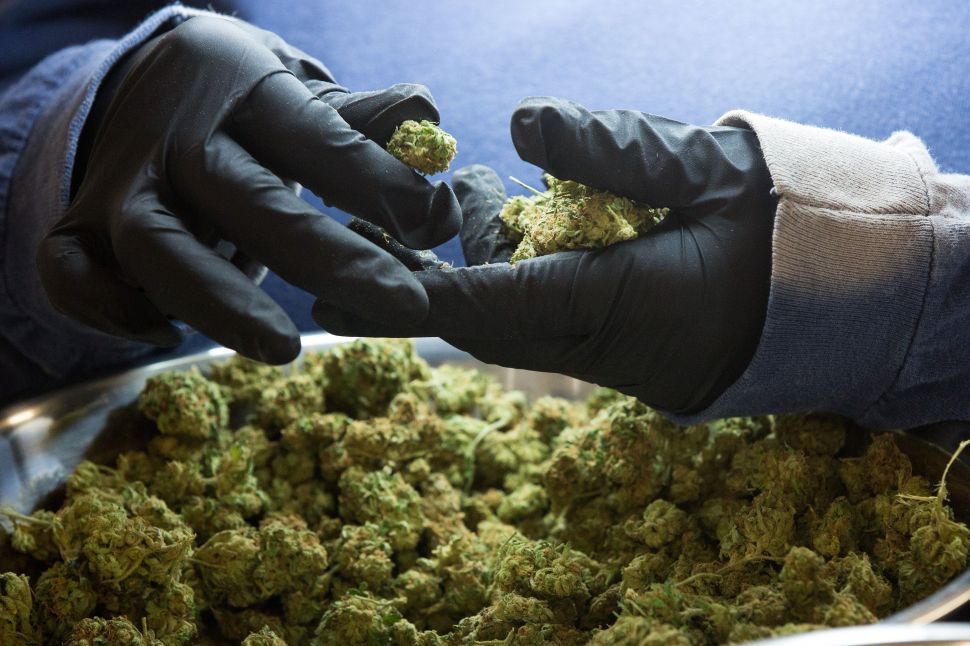