“A bird doesn’t get up and wonder if it should sing. Animals know what they need to do and they do it. This is what I do,” said Michele Oka Doner, reflecting on her oeuvre that integrates art, architecture, design and writing. With a visually rich vocabulary rooted in organic objects and the visual lushness of the natural world, she’s been working among these mediums for 50-plus years. Though a long-time New Yorker, the artist was raised in Florida before moving to Michigan for college, and the natural beauty of these places informed her work for decades to come.

Now, nearly 40 years after leaving Michigan, she’s returning to the Great Lake State to revive and expand one of her earliest works—a large floor-based installation made up of thousands of small clay forms she’s fastidiously collected over the years—in a show at Detroit’s Wasserman Projects, opening February 16.

Although Oka Doner’s practice is about the physical power and material potential of objects, she’s fascinated with something wholly abstract and intangible: language. Or, perhaps more precisely, how we communicate with each other and the world around us. In addition to a lifetime of her own work and other objects she’s collected along the way, her serene, light-filled studio in Soho is replete with an extensive library boasting tantalizing titles like The Language of the Goddess: Unearthing the Hidden Symbols of Western Civilization and Sacred Trash: The Lost and Found World of the Cairo Geniza.

“I always wanted to think that the palm of the hand and a palm leaf had something to do with one another. But every time I looked up the etymology, I couldn’t find a link,” she said, explaining that she saw a congruence between the lines in one’s hand and the veins of a frond. According to Oka Doner, her work is ultimately a product of her search for the missing link between what one sees and what one says. “I’m looking for a timeless dialogue. Something that gets at the interconnectedness of things.”

This sentiment is perhaps best exemplified in her book Intuitive Alphabet, published last spring by Tra Publishing. Comprised of simple photographs shells, sponges, driftwood and other detritus she collected over the course of hundreds of walks on beaches, Oka Doner matches these pared down forms with didactic descriptions on what she sees in them: “E is for Elephant” accompanies a piece of coral-colored fossilized rock that looks like it has a trunk; “T is for Toe” is printed next to a stone-eroded shape of a foot. Although the book could easily be for children, the artist believes it’s as much for adults who need to be reminded of their capacity for imagination and their intuitive understanding of the environment.

“With the Enlightenment and Industrialism, we forgot to key in to our intuition,” the artist said. “We set apart the language of instinct, of raw emotion, of the feminine as Other. It was a real loss.” Yet she sees these primal powers resurging now thanks to technology. “I think computers [take us] back to square one, back to simple visual imagery like cuneiform,” she explained, likening emoji to cuneiform and the Digital Age to the Middle Ages. “I think we’re in an era when the playing field has been leveled by, just as it was in Medieval times.”

Getting ready for Friday! #micheleokadoner

Reconciling the ancient with the contemporary is one of Oka Doner’s fortes, and is best often expressed in her public artworks dotted around the country in highly trafficked areas like airports and parks. Hundreds of thousands of people in New York City have undoubtedly passed by her “Radiant Site” installation at the 34th Street-Herald Square subway stop. Made up of roughly 11,000 lustrous gold tiles lining the tunnel, the work turns the 165-foot passageway into a humble gilded temple in which commuters are invited to get in touch with their intuition again by partaking in a moment of Zen-like contemplation about the nature of wealth and value—if they stop long enough to notice. “Our culture is one of ‘take, take, take,’” the artist explains. “I’m trying to give a little something back. That’s how the cycle of life works, anyway, whether you realize it or not.”

For her exhibition at Wasserman Projects, Oka Doner is coming full circle on her own creative cycle, one she started almost four decades ago for her first solo museum show in 1978 at the Detroit Institute of Arts. It was there that she debuted Pages I and II, in which she laid out clay shapes—“glyphs”—on the floor, creating 10-foot pages of “text” representing sounds and letters with no direct correspondence to modern language. Now she will add Pages III and IV, made out of white fragments culled from walks on the beach and leaf-like forms.

Indeed, even language is a living thing for Oka Doner, always shifting and evolving. “I want to keep adding more to these pages, because we’re always growing and always learning,” she said. “Returning to them now, well, it’s like discovering my own Rosetta stone.” 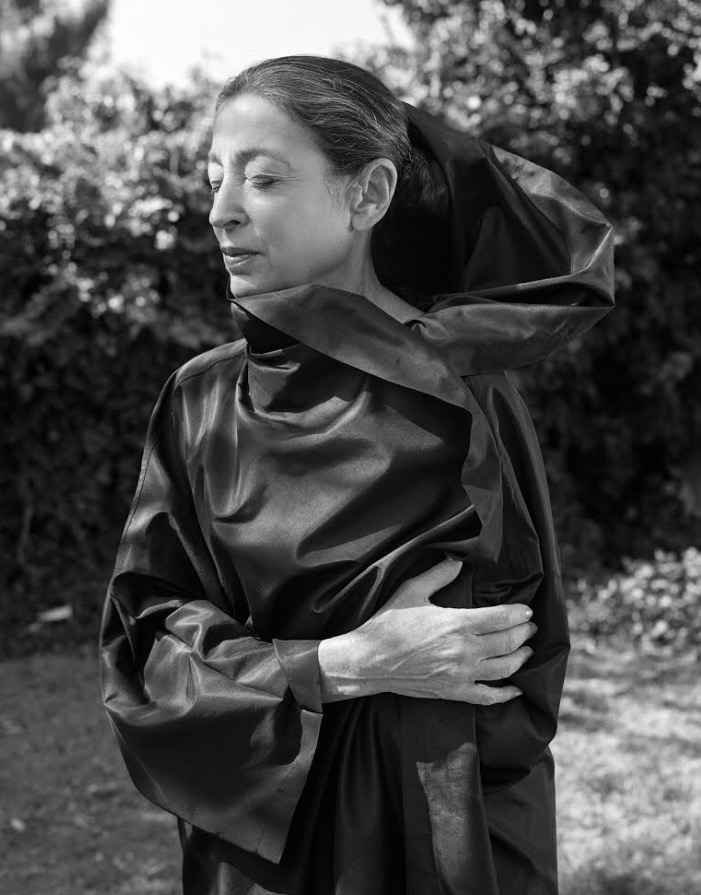