Maria Lassnig was a leading feminist artist from the 1960s onward and she is best remembered for her boundary-pushing self-portraiture that explored what she termed “body awareness.” But during her time in New York City, between 1968 and 1980, she began playing with film, which coincided with the downtown experimental film community’s heydey in the 1970s. Following her time in New York, she moved back to her native Austria to become the first female painting professor in a German-speaking country, and her focus shifted back to her painting—as did much of the attention paid to her work.

Now, however, the artist’s career is being revisited in light of newly discovered and restored films that she created in the 1970s. On view at MoMA PS1 through June 16, an expanded selection of both finished films and film fragments comprising live action, animated drawings, and documentary footage of the artist’s studio and her Manhattan surroundings offer a unique historical document of a New York-specific art history. At the same time, they reveal little-known facts about Lassnig’s career in the U.S., and the group of feminist experimental filmmakers she ran with: Carolee Schneemann, Silvianna Goldsmith and Doris Chase among them.

Observer spoke to MoMA PS1 assistant curator Jocelyn Miller, who has labored for the past several years to see these films restored, about the insights they offer into the inimitable feminist painter’s career and why the issues of technology and gender roles seem prescient of our own time.

Where was Lassnig’s experimental film footage found and why has it been hidden for so long?

Many of the films she made during this generative moment in New York went into storage, into a large trunk, tucked away in the nether regions of her studio for decades. She had always wanted to come back to them, but as she was in another phase of life with painting and teaching, they sat there undiscovered. The only exception to these were a handful of films the artist published, which have been shown in a number of exhibitions as an accompaniment, or asterisk, to her paintings.

We showed several of these published films in our retrospective at MoMA PS1 in 2014, and it was there that I became fascinated not just with their formal qualities and rich history with New York, but how they spoke to an overarching artistic vision and process that could be applied across the breadth of her work, and pushed to learn as much as possible about her films. Working closely with the artist’s Foundation following the artist’s very sad passing just after our retrospect opened, we wanted to realize a wish she had articulated: that after she was no longer with us, that these films previously unknown to the public find a life.

Is there a lot of overlap between the films and her paintings, or do they seem distinct from one another?

There is quite a bit of overlap; her paintings and films share essential qualities. In the simplest sense, many of the close friends and lovers she captured through painted portraits appear in her films.  Some of the most exciting of this group of new films is a series of filmic portraits of women called “Soul Sisters.” The subjects in these films are women with whom Lassnig had intense, close friendships. She adored and admired these women, and shared core affinities and character traits with them. These films are love letters to each of them.  Many of the “Soul Sisters” are also painted. In a broader sense, the way she crops into the figure on camera, and isolates particular moments, results in the new, strange approaches to figuration that distinguish her paintings.  For instance, the close-up on the crease between a moving calf and thigh appears like the strange, fleshy, winged alien figure from some of her earlier drawings; or, the way she uses a mirrored foil to reflect and abstract bodies renders limbs and curves into fleshy lumps of colors, reminiscent of her painted figures.

What else does this footage bring to light about Lassnig’s career or life that hasn’t been well-known?

I think it demonstrates how central her filmmaking is to her work as an artist and thinker, and also make clear how prolific she was in this medium, and how her films are essential artworks in their own right. For instance, one suite of films results from Lassnig’s escapade onto the 1974 set of The Godfather where she made experimental films, offering a female gaze onto one of the most iconic filmic depictions of patriarchy. Another is an extended self-portrait film that shows Lassnig at one of her openings at the Green Mountain Gallery in Soho; we see her mingling with other artists and art world community members as they look at the new paintings she made after arriving in New York. Yet another incorporates documentary footage Lassnig took at one of Hermann Nitsch’s action performances at the New York Cinematheque, and juxtaposes it with images referring to the Vietnam War that was being waged at the time. So, really, they are rich testaments not just to Lassnig’s artistic life, but to life as an artist living at New York in the 1970s.

Is there something particularly striking about these films, either aesthetically or conceptually, in your opinion?

Lassnig describes her entry into the animation process as either making her drawings do “gymnastics” or as if “a Buddhist monk were driving a race car,” commenting on her approach to image making with painting and drawing, which was extremely considered and deliberate, the result of careful focus, labor, thinking, and critically time. Watching her negotiate what might have been a fault line between artistic mediums, and seeing how she blurs it, how her resulting films are extremely painterly, is striking. On film, the way she crops into bodies, say to the crevice between thigh and calf, or the way she films bodies reflected in mirrored foil that distorts and abstracts their recognizable features, resonates strongly with her paintings and drawings that deform and reform the body in effort to prioritize the sensory over the pictorial. Seeing, writing, painting, filmmaking—it was all a way to think with the body, to add the multi-lensed prosthetic eye of her camera to her own eye organs to arrive at articulations of experience.

Figurative painting, especially by and of women, is again front and center in the art world right now, and Lassnig was indispensable in creating that visual vocabulary as we know it today. What does revisiting her work now, in light of these found works, offer specifically in the context of our culture currently?

Lassnig’s work in general is bound up in issues that are extremely contemporary. Most notably, in all of her art, and certainly in these films, she’s constantly examining and questioning the social roles assigned to women, and how this intersects more generally with gender identity and romantic love. In the “Soul Sisters” series, she speaks about each of her dear friends, and observes each in one way or another struggling with the way society wants to mold, or influence them. Perhaps these roles—that of wife and mother—are subject to constant scrutiny by Lassnig, who approaches both with ambivalence. Of course gender itself, and the attendant roles through which gender is socialized, are acutely contested today, and its useful—and almost shocking, given that it was four decades ago—to see that many of the concerns Lassnig addressed in her films are very much alive, unchanged, still in dire need of alteration. 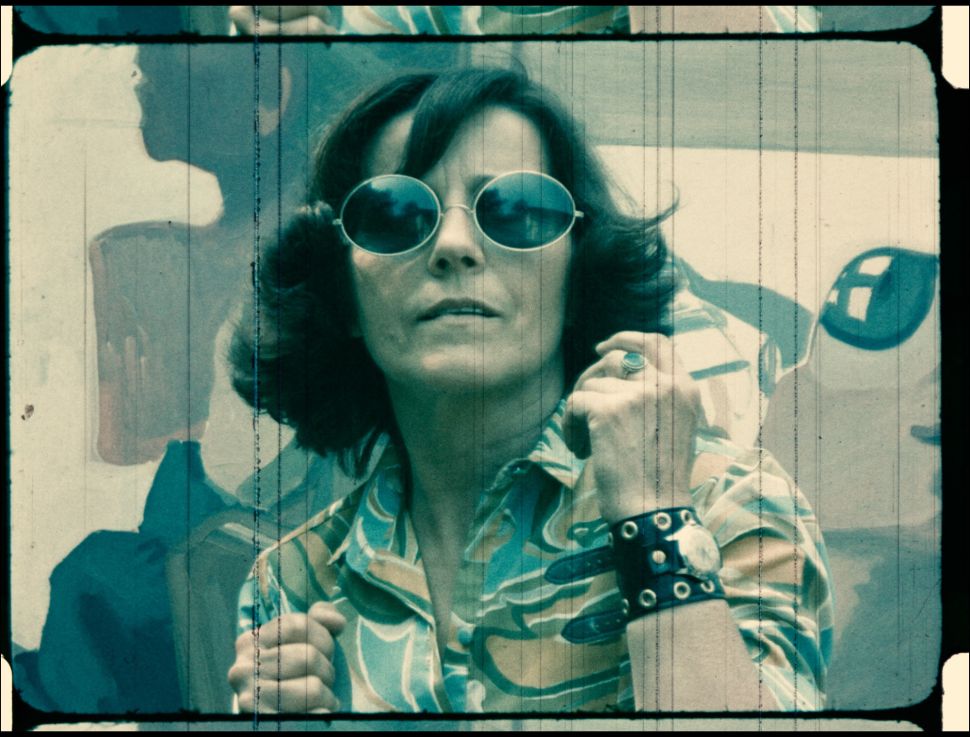