No one is quite sure what the exact production budget of Netflix’s A Series of Unfortunate Events is, but the best guess is: extremely expensive.

The streamer is also on record as shelling out $8 billion for content in 2018, so there is that as well.

The multi-talented actor is grateful that Netflix is willing to spare no expense when it comes to A Series of Unfortunate Events and noted that it helps him as the show’s de facto lead.

“The production values are so high on this show, I’m gobsmacked every time,” Harris told Observer and assorted media at a Netflix event in New York City. “Every new book, it’s so unique. And it must be so expensive, but every new book is a new location. Not just a room but an environment. An entire circus carnival.”

He continued: “We’re doing an episode in season three right now called ‘Slippery Slope.’ It almost all takes place on a mountain, a snow-covered mountain, where the kids are careening down the side of a mountain. That’s pretty much what’s happening in the whole episode, and there’s a fucking mountain on the soundstage that we’re filming at with icicles that are made of plastic—it’s unbelievable. It’s something out of a Disney theme park that will last forever and then they do it and dump it as soon as they’re done. So because of that, as an actor, you’re in this world that is so real and tactile that it’s hard to not have that influence what you’re doing because every prop and every cobweb and every battered tire is real. I can’t say enough about it. I’m so impressed.”

Harris is an undeniable talent whose gonzo performance and star power goes a long way in wrangling audiences. But these fantastical and well-defined sets and production values don’t hurt either.

Netflix, always on the lookout for buzz, envisioned the show as a cross-demographic hit.

While the streamer doesn’t reveal viewership data, TheWrap reported that season one managed to score 3.755 million adults in the advertiser-friendly 18 to 49 demographic over the average minute within three days of its release. That’s ahead of Netflix’s popular Marvel series Luke Cage, but still behind Fuller House, Orange is the New Black and Gilmore Girls: A Year in the Life.

Still, with north of 117 million subscribers worldwide, that’s a win for Netflix.

“That was certainly the intention when we started doing it,” Harris said. “Netflix was calling it a ‘four-quadrant show,’ their first big ‘four-quadrant show,’ which I guess are different demographics they want to appeal to simultaneously. So we were working hard to make kids amused without being too vulgar, being naughty enough that it would go over their heads and be fun at the same time for adults… I’m just excited that people get to watch something of this weird, fantastical scope.”

Season two of A Series of Unfortunate Events will hit the streamer on March 30. 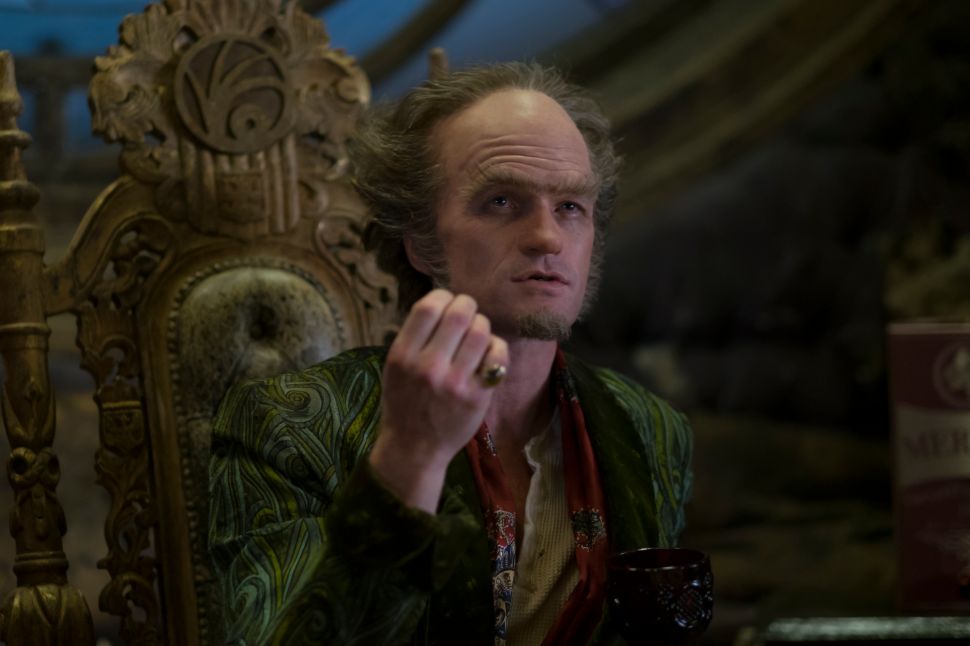