Gov. Phil Murphy is picking another fight with the Trump administration, this time over federal efforts to do away with Obama-era net neutrality regulations.

On Monday, Murphy signed an executive order requiring all internet service providers (ISPs) doing business with the state to abide by the principles of net neutrality which the governor’s office said was “a critical step in securing a free and open internet for state residents.”

The move came as state Attorney General Gurbir Grewal announced New Jersey was joining 21 other states and the District of Columbia in a lawsuit challenging the FCC’s rollback of net neutrality regulations.

“We may not agree with everything we see online, but that does not give us a justifiable reason to block the free, uninterrupted and indiscriminate flow of information,” Murphy said. “And, it certainly doesn’t give certain companies or individuals a right to pay their way to the front of the line. While New Jersey cannot unilaterally regulate net neutrality back into law or cement it as a state regulation, we can exercise our power as a consumer to make our preferences known.”

Murphy’s order means that New Jersey joins New York and Montana in banning ISPs that do not follow net neutrality guidelines, which call for all data on the internet to be treated the same and that companies should not charge more for or block information from certain providers.

The size of the state government means that ISPs that fail to follow net neutrality regulations could stand to take a big financial hit if New Jersey refused to do business with them.

In December, the Trump administration announced it was doing away with the federal net neutrality rules, saying the regulations were harming business and were holding back innovation and development. FCC chairman Ajit Pai maintained that consumers would see little change in their internet experience and that the move was merely correcting federal regulatory overreach.

The FCC order also blocked state and city governments from creating their own net neutrality laws, a measure officials maintained was necessary to shield ISPs from having to negotiate a hodgepodge of rules.

New York Attorney General Eric Schneiderman in December filed the lawsuit challenging the change, with other states and Washington, D.C. signing on to the effort.

“We are committed to taking whatever legal action we can to preserve the internet rights of New Jersey consumers and to challenge the federal government’s misguided attack on a free and open internet,” Grewal said Monday. “Our position is that the Federal Communications Commission acted arbitrarily and against the evidence before it when doing its about-face on net neutrality.” 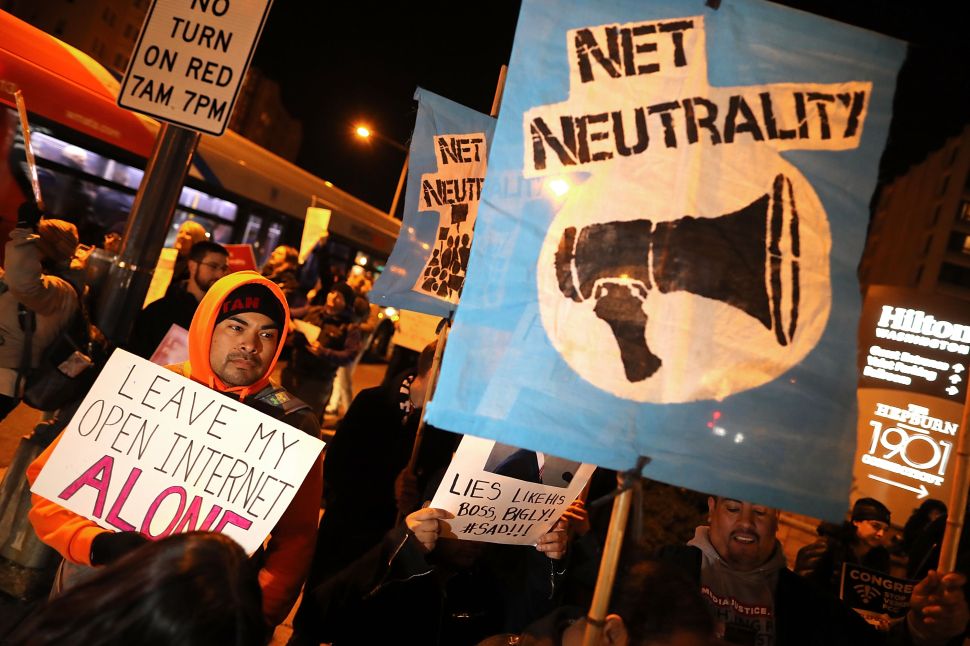