For anyone who saw Natalie Portman’s Annihilation this weekend, the idea of unchecked expansion is probably fresh on your minds. But instead of the movie’s ecological phenomenon, the best real-world comparison of rapid growth may very well be Netflix.

The streaming service recently blew past internal expectations by adding a whopping 8.5 million subscribers in the final quarter of 2017 (Netflix typically adds around four million new customers per quarter). That brings the company’s totals to north of 117 million worldwide subscribers, easily making it the top streamer in the market. In fact, we may even be five short years away from traditional television surrendering to Netflix altogether.

But if you thought that dominant market share would make the company complacent, you’d be wrong.

Netflix CEO Reed Hastings said recently that the streamer’s next 100 million subscribers will be “coming from India,” one of the biggest untapped markets in the world.

You see, Netflix’s boom over the last half decade has coincided with developing internet technologies that has enabled its reach to expand far faster than it would have otherwise. That is especially true in India.

“Given the consumer base, the next 100 million [subscribers] for us is coming from India,” Hasting said, per The Economic Times. Hastings noted that India is “the most phenomenal example anywhere in the world of low internet costs, expansion of 4G. We didn’t see that coming, and we just got lucky on that one.”

A few months after Netflix launched in India in January 2016, billionaire Mukesh Ambani and his Reliance Industries launched Reliance Jio’s 4G and broadband internet services at a remarkably reduced rate. The immediate surge in business forced competitors to also lower their prices. Reliance Jio had attracted 160 million subscribers by the end of 2017, and internet service has spread throughout India like wildfire.

While neither Netflix nor Hastings has revealed exact subscriber counts for India, which has a population of 1.3 billion, the CEO did note to The Economic Times, “What we can tell is that the international segment as a whole is over 60 million and grown over 40 percent year over year. India is a key part of that, and we are continuing to see that success throughout the world.”

According to a recent estimate from consultancy Media Partners Asia provided to The Hollywood Reporter, Netflix currently has more than 500,000 subscribers in the country and is projected to reach 2.5 million by 2020.

Amazon is estimated to have around 40 million Amazon Prime Video users, and Hulu recently passed 17 million worldwide subscribers. Disney’s looming acquisition of 21st Century Fox will make it an immediate threat to Netflix and Apple’s anticipated foray into streaming will also complicate the crowded marketplace. 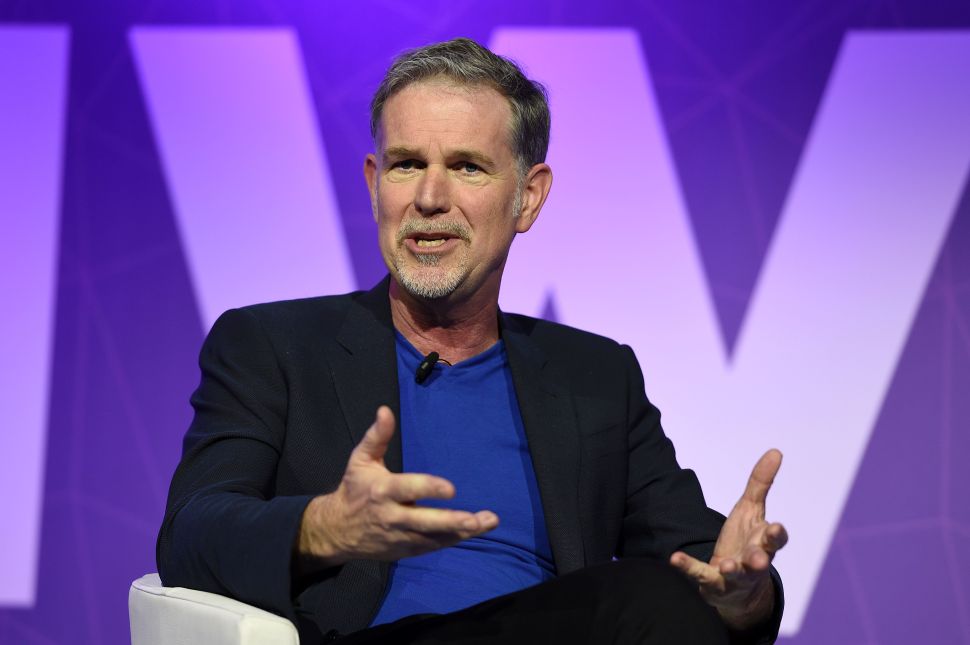