Archie Bunker, Danny Tanner, Philip Banks. What do they all have in common? They are some of the greatest television dads in the history of the small screen (sorry, Walter White, you didn’t make the cut).

Each of them genuinely cares about their children and works tirelessly to make sure they’re happy and taken care of. Each of them is also hilariously and embarrassingly clueless in all of the classic TV dad ways: clothes, music, dating advice, you name it.

Soon, we may be adding another name to the pantheon of well-intentioned and kind-hearted fatherly buffoons when fans start binging Netflix’s new high school comedy Everything Sucks! (read our review here). In it, Patch Darragh does his best to elevate Ken Messner to the TV Dad All-Star team.

“There’s a lot about this guy that’s more similar to me than any of the roles I’ve played before,” Darragh told Observer.

But Everything Sucks’ Messner, who is the principal of the high school and the wonderfully out-of-touch father of main character Kate, is much more of a delightful dweeb than anything else.

“It’s a thrill. It really feels more like a homecoming to me,” he said. “There are situations on the show that have a sadness to them. It’s heartfelt, kids and parents dealing with lonliness and the loss of loved ones. But there’s also so much comedy and lightheartedness. There’s certainly a glint in our eye.”

An alumnus of The Julliard School and a veteran stage actor, Darragh is relishing this opportunity to take a walk on the lighter side. His character channels his inner-Michael Scott when he makes an awkward fool of himself on the school’s morning announcements (repeatedly) or when he’s caught dancing in his underwear (no TV dad gig is complete without that).

Despite the laughs, Darragh’s character still manages to become the emotional center for older viewers who are looking for a more mature in-road into Everything Sucks!

“There’s obviously a lot of pain and pathos in the show,” Darragh admits.

But the actor’s force of spirit serves him well on screen. We are, after all, talking about a guy who once ranked 10th in North America in the arcade game Big Buck Hunter. That sense of carefreeness and passion won’t be leaving him anytime soon.

“I do have a lot of enthusiasm still. I can’t imagine ever retiring. I think I’ll probably die in my trailer,” he said with a laugh. 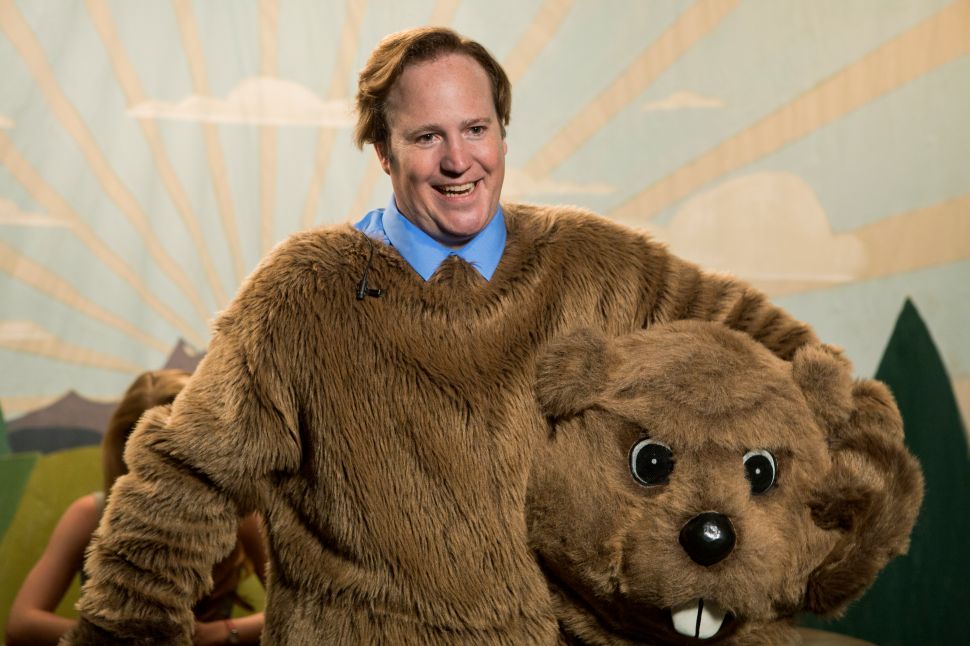