The legislation, spearheaded by the state Senate Budget and Appropriations Committee, permits municipalities, counties or school districts to establish charitable funds for specific purposes to which New Jersey’s property tax owners can contribute.

The money that the owners contribute to the funds would be used as credit toward their property taxes, which would subsequently be counted as a charitable deduction, according to the bill’s text.

“The adoption of the proposed tax credit plan would allow the state of New Jersey to defend itself against the SALT repeal and at the same time encourage contributions to a variety of noble causes that will benefit the public,” Sweeney said on Thursday.

State Senator Troy Singleton (D-Burlington) said the lawmakers are at least driving home the message that “this is an issue and concern.”

“We’re not gonna sit idly by to try and address it on behalf of our taxpayers,” Singleton said. “And I think we have to send a message to our taxpayers, along with the work that the working group that I’m honored to be a member of is looking to undertake a look at this issue in totality.”

Local property owners would receive a 90 percent tax credit for the contribution that they make to the charitable fund set up by their county, municipality or school district, the bill states. The credit would go into effect for fiscal years beginning on or after Jan. 1.

If the total amount of the tax credit is higher than the amount of the property tax that the property owner owes—or the owner is unable to apply all or a portion of a credit—the tax collector can take what is left of the credit and apply it to one or more future bills, according to the bill’s text. But no tax credit can be carried forward after five years.

The legislation is meant to counter Trump’s tax reform law, which the president signed into law in December 2017, which caps the state and local tax deduction—also known as SALT—at $10,000. California and New York, two other high-tax states, have also been adversely impacted by the new law.

Gov. Phil Murphy, a Democrat, has endorsed the plan.

At the end of January, Murphy said New Jersey would join New York and Connecticut in taking legal action against the tax plan. In addition to the charitable fund idea, he called Gov. Andrew Cuomo’s proposal to establish a statewide payroll tax system “quite compelling.”

In early January, Steve Mnuchin, Trump’s treasury secretary, for his part, described the idea as taking a required real estate tax and disguising it as a charitable contribution, dismissing it as “one of the more ridiculous comments.” 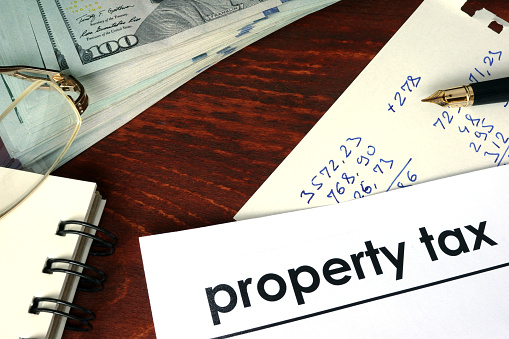