The 136-year-old Los Angeles Times and its sister newspaper, San Diego Union-Tribune, will be sold for $500 million in a cash deal to a media-shy Los Angeles billionaire named Patrick Soon-Shiong.

To Tronc (short for Tribune Online Content), formerly Tribune Publishing, the deal ended a months-long strained relationship with journalists at The L.A. Times, and the cash infusion would allow Tronc to pay off all outstanding debt.

The sale also took the newspaper back to private, local ownership and brought Soon-Shiong into the league of business moguls-turned-newspaper publishers like Amazon founder Jeff Bezos (who bought The Washington Post in 2013) and Red Sox owner John Henry (who bought The Boston Globe in 2014).

Soon-Shiong has little background in media and publishing besides a portion of ownership in Tronc. However, he had reportedly contemplated The L.A. Times deal for years. Just a few months ago, Tronc chairman Michael Ferro turned down a hostile takeover attempt by Gannett, the publisher of USA Today.

Soon-Shiong, 65, is one of the wealthiest residents in Los Angeles, whose net worth is estimated between $8 billion to $9 billion, according to Forbes and Bloomberg.

The son of a village doctor in China, Soon-Shiong was born in South Africa after his parents fled China during the World War II. He became a surgeon at the age of 23 and later attended the University of California, Los Angeles, before practicing in the U.S.

He gained fame in the health care world for inventing a cancer drug called Abraxane (now used in a wide-range of cancer treatments). He sold the company that made the drug for $4.5 billion in 2010. He made another bucket of gold by selling a different company for $4.6 billion in 2008.

Soon-Shiong’s full-time job is leading NantWorks, a business group housing a number of health care companies in pharmaceutical, cell research and health care consulting. There is no public record of the company’s holdings of media assets.

NantWorks hasn’t responded to a media request by Observer.

In The L.A. Times deal, in addition to a $500 million cash payment, Soon-Shiong will also take over Tronc’s $90 million of pension liabilities, freeing up capital for Tronc to focus on developing digital strategies for other newspapers under its umbrella, which includes The Chicago Tribune, New York Daily News, The Baltimore Sun, Orlando Sentinel and a few other local papers.

“This transaction allows us to fully repay our outstanding debt, significantly lower our pension liabilities and have a substantial cash position following the close of the transaction. We will have a versatile balance sheet that will enable us to be even more aggressive in executing on our growth strategy as a leading player in news and digital media,” Tronc CEO Justin Dearborn said in a statement. 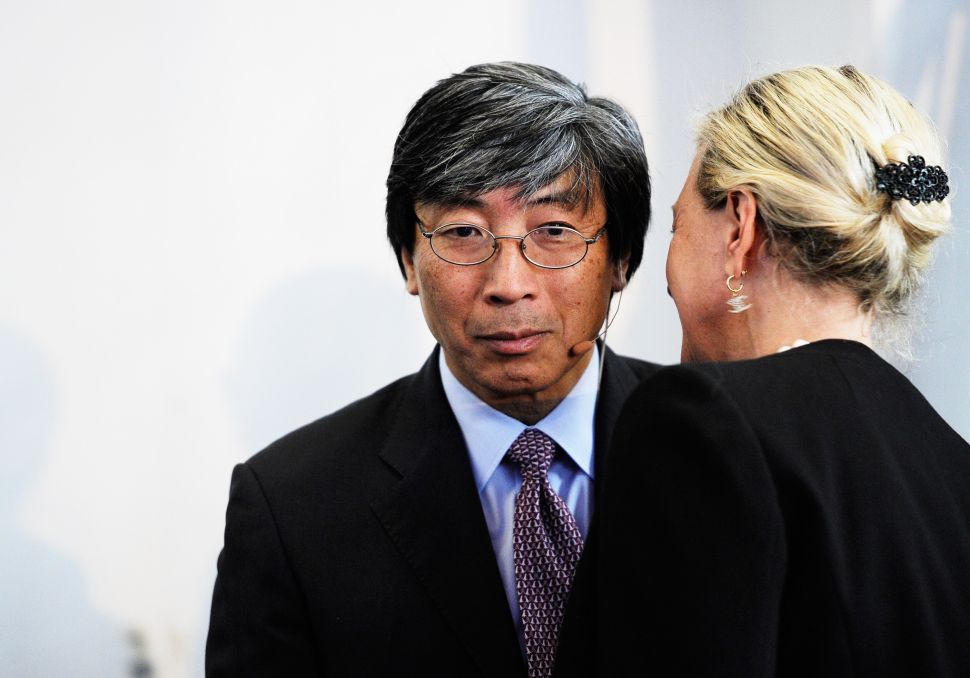