Labour Party leader Jeremy Corbyn has been a controversial player in British politics for decades. Back in the 1980s, when the anti-nuclear cause was at its peak, his strong left-wing views placed him in the anti-NATO movement, while his long-term contacts with Irish Republican Army terrorists made Corbyn a subject of interest to the Security Service, popularly known as MI5.

However, a disturbing new report in The Sun reveals that Corbyn was much more than just a left-wing activist in the 1980s—he was spying on his own country for the Warsaw Pact. Although The Sun is a tabloid and not always meticulous with details, this report is based on the files of Communist Czechoslovakia’s State Security, known as the StB. To its credit, after the Soviet empire fell, the Czech Republic made StB files accessible to researchers. The Corbyn report is one of many bombshells to emerge from the musty files of Prague’s former version of the KGB.

The files in question appear entirely legitimate, and for Corbyn they are damning. They reveal that in 1986, when he was a Labour Member of Parliament, Corbyn was approached by an StB officer masquerading as a diplomat in London by the name of Jan Dymic. They met in the House of Commons on November 25 of that year, along with the activists Tony Gilbert and Sandra Hodgson of the far-left Liberation movement, who facilitated the encounter. In espionage terms, Gilbert and Hodgson functioned as StB cut-outs.

Based on Dymic’s report, the meeting went well. He assessed Corbyn, who was known as a sharp critic of Prime Minister Margaret Thatcher and Britain’s close ties with the Americans, as “negative towards the USA, as well as the current politics of the Conservative government.” Corbyn was exactly the sort of rising Western politico that, in the 1980s, the KGB and its satellite partners like the StB were looking to work with.

It needs to be said that Corbyn, then 37 years old and a relative newcomer to parliament, was far from the only Western left-wing politician who was approached by Warsaw Pact spies. That was the standard modus operandi of the KGB and its partners, with “diplomats” starting up conversations with political figures whom they assessed as sympathetic to their cause. If the target expressed no interest in collaborating, the encounter could be dismissed as an innocent chat with a foreign diplomat. However, if the Western pol took a bite, it could be the start of what, to Communist spies, might prove a beautiful relationship.

The key here is that Corbyn bit—hard. According to Dymic, the up-and-coming British MP expressed interest in meeting again, so he forwarded the normal classified paperwork back to his bosses in Prague, who had to approve all such operational relationships. On December 9, Dymic sent a top-secret message to Prague titled, “Jeremy Corbyn—contact established.” Go-ahead came a month later, in January 1987, when the StB approved working with Corbyn, giving him the covername COB.

This is a critical point. The StB, like its KGB mentors, used such covernames to refer to foreign agents in their files to maintain a degree of security. They were given only to people whom they expected to have an ongoing clandestine relationship with (see here for more details). The files reveal two more meetings with Corbyn in 1987, on July 3 and October 25. At the former encounter, Dymic brought along a member of the central committee of his country’s Communist Party. The latter meeting, which took place in the Commons again, was considered a success, with Dymic reporting to his StB bosses that it served “to strengthen mutual recognition and the deepening of trust” with COB.

Of relevance here is what the StB learned from Corbyn. They valued his insider’s access to British political events, but they especially wanted COB to share information about “issues along foreign counterintelligence and the so-called high-risk areas”—meaning they wanted him to assist Communist spies in Britain in avoiding detection by MI5. Corbyn reportedly warned Dymic about increased British security measures, and he claimed to be “very well informed” of people in contact with “anti-Communist agencies.” In other words, COB was willing to pass British counterintelligence secrets to the StB.

The files stop in late 1987. We do not know if there were more clandestine meetings between StB officials and Corbyn. In any event, the StB dissolved in early 1990, when the Communist edifice began collapsing across Eastern Europe. To anyone acquainted with Chekist tradecraft, however, Czechoslovak secret police files make it perfectly clear that Corbyn was recruited by the StB at a minimum as an “operational contact,” to use their jargon. In Western terms, Corbyn was a Communist spy.

Predictably, the Labour leader has denounced The Sun report as a “ridiculous smear,” while his spokesman has explained that Corbyn met a diplomat but never knowingly talked to a spy. Context matters here. Corbyn met with Dymic when the Cold War was still very much on, and London was teeming with Soviet bloc spies. Only a year before, the British government had expelled 25 Soviet “diplomats” from their London embassy. In reality, they were KGB officers, and the high-profile case got nonstop coverage in the British media.

Unless he spent a year in a coma that nobody’s aware of, Corbyn had to know that a high percentage of Warsaw Pact “diplomats” in London were really spies. If he did not know this, he’s not intelligent or awake enough to be the prime minister of any country, much less a nuclear-armed one.

This is to say nothing of the moral implications of spying for the Soviet bloc in the 1980s. The StB wasn’t just a spy service, it was Prague’s secret police. It jailed dissidents in large numbers and was responsible for repressing human rights and freedoms down to its collapse. Corbyn, who has professed his strong support for human rights for decades, should be asked why he had a relationship with Czechoslovakia’s Communist secret police. Amnesty International regularly published reports about the dismal state of human rights in 1980s Czechoslovakia, thanks to the StB. Did Corbyn not read any of these?

In a fitting piece of poetic justice, as Communism fell, the last president of Czechoslovakia was the writer and dissident Václav Havel, who spent many years in StB prisons for his commitment to liberty and democracy. Havel got to oversee the StB’s dissolution and in the early 1990s Prague blacklisted all former secret police employees from any positions of importance in public life. It’s therefore a remarkable turn of events that a former StB collaborator now occupies such a prominent and powerful position in London. 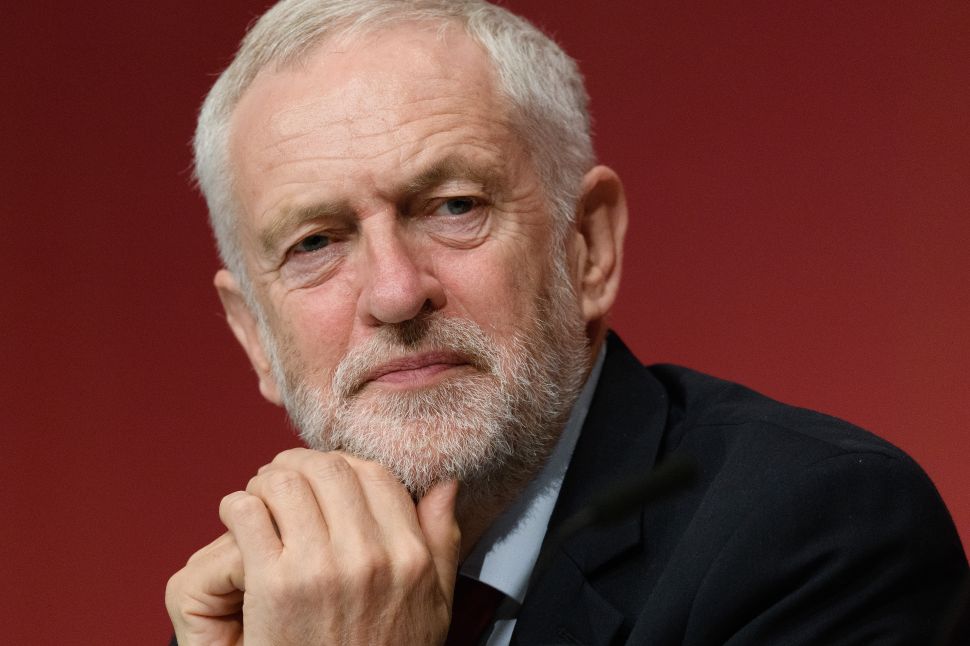