Mayor Bill de Blasio says the city can close the notorious Rikers Island complex in less than 10 years, if Albany passes key criminal justice reforms, as he announced an agreement with the City Council to close Rikers and roll out a smaller borough-based jail system.

On Wednesday, de Blasio and City Council Speaker Corey Johnson revealed a plan that involves a single public review process for four proposed sites in Manhattan, Brooklyn, the Bronx and Queens. Those sites will provide off-island space for 5,000 detainees, as well as the three existing Department of Correction facilities in Manhattan, Brooklyn and Queens and a new site in the Bronx.

No jail will be built on Staten Island. De Blasio has said that the city wants the smallest number of facilities possible and “very few of our inmates come from Staten Island.”

An application for the four sites could be submitted for certification as early as the end of 2018, and the design process could start as early as next summer.

De Blasio—who has long said he “does not see” Rikers closing in less than 10 years—called on the state to approve bills for speedier trials and earlier release for incarcerated individuals who exhibit good behavior, noting that the state already does this for its own prisoners. He also requested that the state take the hundreds of state parolees in the city’s jail system and put them back into the state system.

“To get everything done that we need to get done, we need help from Albany… this year is our chance to make the changes and these are the most important changes necessary to speed up our effort to get off Rikers,” de Blasio said in the City Hall rotunda on Wednesday morning. “New York State holds the key here, and we need to hold them responsible.”

When asked whether he is embracing a new timeline for closing Rikers, the mayor promised the city will go “as fast as we can.”

“I have tried to level with the people of this city in saying that with what we know today, 10 years is the timeline but [if] we get the reforms in Albany… if all that gets done, then we can speed this timeline up by years,” de Blasio continued. “There’s no question about it.”

Alphonso David, Gov. Andrew Cuomo’s counsel, noted Cuomo’s previous call for a timeline sooner than 10 years but agreed to Johnson’s request that the state give the city design-build authority to speed up construction.

“Council Speaker Corey Johnson today suggested that the state provide design-build authority to accelerate construction,” David said in a statement. “This is the first positive step to actually expediting resolution, and the governor will support it.”

David said comprehensive reform of the criminal justice system is needed and that Cuomo has “accomplished much reform,” but put the onus on the city.

“Independent of the passage of additional criminal justice reforms, the issue before the city is a different one: it still needs to close Rikers and build new, acceptable facilities quickly,” he continued.

Johnson told Observer that the city is closing Rikers in “quicker than 10 years.” He also noted that the governor’s support for design-build authority “will help.”

“I have to dig a little bit deeper on the bail reform, discovery reform, speedy trial reform—those are all things that of course I support and that are important,” he said. “I haven’t gotten the numbers yet on the number of folks that would divert from Rikers Island and from other correctional facilities, but this Council’s commitment is to get this done quickly, expeditiously, in a responsible way.”

When Observer asked if the mayor or the governor holds more responsibility, Johnson insisted he is focused on “being pragmatic.”

Former City Council Speaker Melissa Mark-Viverito—who impaneled the Independent Commission on New York City Criminal Justice and Incarceration Reform in 2016 after calling for Rikers to be closed—argued that the effort is “not about politics.”

“This is about people who are neighbors, who are friends, who are family members, and it’s only through collaboration that we’re gonna get closure of Rikers across the finish line and today is definitely a big step,” Mark-Viverito said.

“We have to do everything within our power to get this done and criminal justice reform is an essential part,” Lippmann said.

Bronx Borough President Ruben Diaz Jr. said he was “surprised” to learn about the Bronx site.

“I hope that, going forward, this lack of outreach is not a harbinger of the amount of community input the people of my borough will have in this process,” Diaz Jr. said in a statement.

The mayor insisted there would be a thorough review process ,while Johnson apologized to Diaz Jr. And Councilwoman Diana Ayala, who represents East Harlem and Bronx neighborhoods such as Mott Haven—where the site will be located—said the process is “ongoing.” 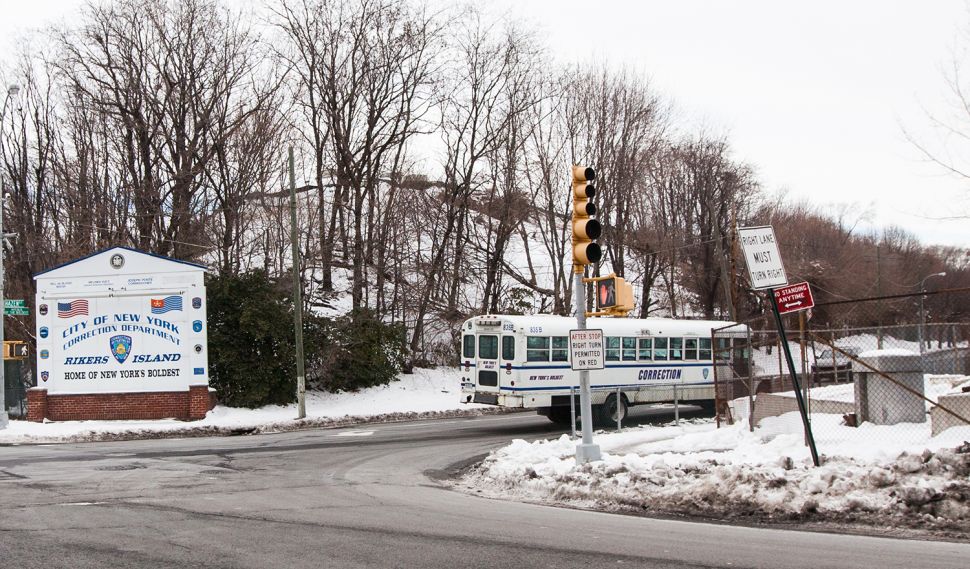