Starting this summer, all 53,000 of New York’s inmates across the state prison system will be getting free tablet computers.

Anthony Annucci, acting commissioner of the New York State Department of Corrections and Community Supervision, announced this week during a state budget hearing that the state will roll out the new initiative, which will allow inmates to buy entertainment and media products and download them onto the computers—JP5 tablets—as well as send emails.

JP5 tablets have a new music app that lets individuals create playlists, an FM radio, a photo gallery and a calculator, among other features.

“In a groundbreaking move, the department will provide each incarcerated individual a tablet at no cost with the ability to access free educational material and e-books and to file grievances,” Anucci said during the hearing. “Individuals will also have the option to purchase music and additional e-books and to use a secure email system to communicate with family and friends.”

The agency oversees 54 state facilities and 36,000 parolees who are supervised throughout seven regional offices, according to its official website.

There are fees associated with the purchases as well as sending emails, according to JPay, a Florida-based company offering correctional services, which is providing the tablets. The tablets do not offer access to the internet, operating over a secure network.

Greg Levine, executive vice president of JPay, told Observer that JPay has been working with prison facilities to implement comprehensive platforms and secure systems to make technologies, such as the JP5 tablets, available to incarcerated individuals.

He said the company has the most tablets in corrections, with 14 state correction departments currently offering the devices—including Florida and New Jersey—and three more being primed for development.

“The feedback from tablets is positive, as the devices create more opportunities for communication, as well as access to entertainment, media and education—all of which support the rehabilitation process,” Levine said in a statement. “Our goal is to keep people connected, and the JP5 tablets play a major role.”

JPay pointed to numerous benefits associated with implementing prison technology, which has led to an increase in the adoption of tablets over the past few years.

The company noted research showing that frequent communication with friends and family lowers the recidivism rate and that tablets enable mass education of the incarcerated population.

The state agency took to Twitter to clarify that taxpayer funds will not be used to fund the initiative and that neither the agency nor the state will be receiving commissions.

“The tablet program, as well as the pilot electronic, financial Trust Account Services system that will allow family and friends the ability to more easily deposit money, is part of a contractual agreement the Department recently entered into with JPay,” the agency said in a statement. “The contract includes the company providing each inmate a tablet free of charge. The tablet initiative is not dependent on the budget, as there are no state funds being used, nor is the Department taking commissions.”

The agency said the contract is negotiated at $0 and that the vendor will make money if the inmate chooses to purchase approved additional books or items.

JPay told Observer that if the tablet is broken because it is out of warranty or because of the owner’s actions, they will have the option to buy a new device.

“JPay invests its own funds to deploy the infrastructure and conducts ongoing maintenance, therefore there [are] no fees for the state, facilities or taxpayers,” Levine said. 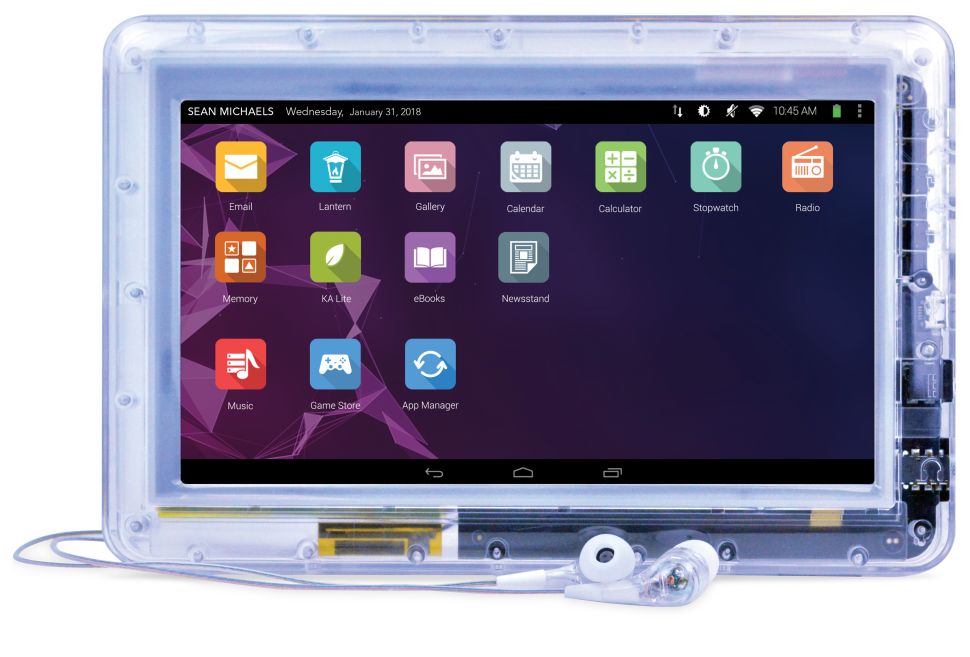