New York City saw its biggest job growth since the end of the Great Recession, marking the longest job expansion since World War II, according to a report by State Comptroller Thomas DiNapoli released on Thursday.

During that time period, employment in New York City increased by 18.9 percent, pushing employment to 4.4 million in 2017 and breaking the pre-recession record by more than 600,000 jobs, according to DiNapoli. The nation and New York state—which the city surpassed—had job gains of 11.5 during the same time frame.

“New York City is undergoing the largest and longest expansion since World War II,” the state comptroller said in a statement. “Employment is at a record level and more jobs are being created in the boroughs outside of Manhattan than ever before.”

The city, DiNapoli noted, has played a key role in employment across the state, accounting for nearly 75 percent of the gains since 2009. While job growth slowed in each of the past three years, the city still saw a gain of 72,700 jobs in 2017.

DiNapoli said the securities industry remains a key part of the city’s economy but argued its contribution to job growth has been modest in recent years. The latest job growth, he explained, has been driven by health care, business services—particularly tech and media companies—and tourism-related businesses such as restaurants.

And the outer boroughs represent nearly half of the gains since 2009—the largest share since at least 1975, according to the report.

Brooklyn had the fastest rate of private sector job growth in the five boroughs since 2009, at 38 percent, the report found. Queens, Manhattan, the Bronx and Staten Island saw growth rates of 24 percent, 20 percent, 15 percent and 14 percent, respectively.

Between 2009 and 2017, private sector employment in the city increased by 23 percent.

And 10 neighborhoods had growth that surpassed 40 percent.

Among the areas were the Brooklyn neighborhoods of Bedford-Stuyvesant, Borough Park, Flatbush, Sheepshead Bay/Gravesend, Bensonhurst, Coney Island, Williamsburg/Greenpoint and Bay Ridge. Central Harlem in Manhattan and Howard Beach/South Ozone Park in Queens were also among the neighborhoods.

No neighborhood in the city lost jobs between 2009 and 2017, the report noted.

After peaking at 10.2 percent in October 2009 during the recession, the unemployment rate in the city plummeted to four percent in March 2017—the lowest level since the current data was introduced 41 years earlier, DiNapoli said.

Since March, the unemployment rate increased slightly to 4.3 percent in December 2017 as more individuals entered the workforce. 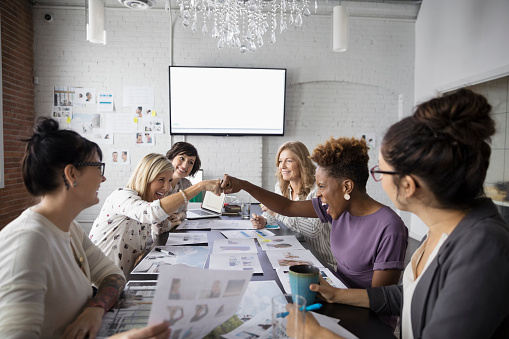