NYPD Police Commissioner James O’Neill blasted President Donald Trump’s proposal to arm teachers in the aftermath of a shooting at a Florida school, arguing that it is “not a good idea” and urging him to “let teachers teach.”

On Wednesday, Trump proposed arming teachers and school staff, contending that if teachers received special training with firearms, “they could end the attack very quickly.” He suggested that schools arm up to 20 percent of their teachers.

The next day, he insisted he never said “give teachers guns” but that he wanted to look into the possibility of providing “concealed guns to gun adept teachers with military or special training experience.”

Following a speech at a New York City Law School breakfast in Lower Manhattan on Friday morning, O’Neill expressed concerns about such a proposal.

“As far as arming every teacher—I spoke a little bit about this last night—it’s not a good idea,” he said. “Teachers have to teach. We’re law enforcement. We’re here to protect people and to keep people safe. But what to do is to make sure we have a good plan and New York City has a great plan.”

O’Neill says his message is simple: let police officers do their jobs.

And O’Neill maintained the NYPD has been working in conjunction with the city’s Department of Education to ensure students’ safety. He also pointed to the police department’s neighborhood policing initiative, which pairs police officers with community residents.

“We have a great program on how to keep the children in the 1,400 schools in New York City safe,” he added. “We have the school safety officers… 5,300 of them, then we have a uniformed task force. Not only that, each and every precinct, the NCOs [neighborhood coordination officers], have a relationship with students and their teachers.”

He also referred to the NYPD’s drills, contending that it is “important to do drills for many different things.”

“I think it’s important that if something does happen, that the people know what action they need to take,” O’Neill said. “I know it’s a little frightening but it’s also—I talk about this all the time—we have to pay attention to what goes on everywhere in the city, in the country and around the world.”

During his speech, O’Neill noted that the city has had three terrorist attacks in the last 18 months and has changed the manner in which it conducts security at events in response to the truck terrorist attack in the French city of Nice.

Still, he touted a significant decrease in crime since the 1990s.

“That downward trend has been going on since ’94, and it actually started in ’92 when [former Mayor] David Dinkins was able to hire extra police officers,” he said. 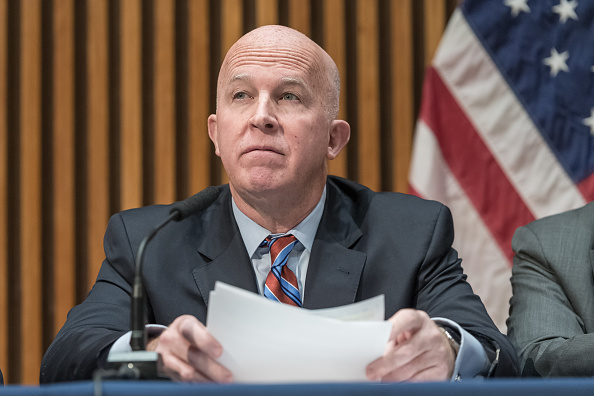