It’s early in an election year, but national Democrats are already trying to build a drumbeat of inevitability in their effort to capture Republican-held seats in the House of Representatives race.

On Thursday, the Democratic Congressional Campaign Committee announced it was adding Rep. Chris Smith to its list of targets in the upcoming election. Smith is the longest-serving member of the New Jersey delegation and routinely wins re-election with large margins.

But Democrats, who have now added all of the state’s GOP-held seats to their target list, think President Donald Trump’s low-approval ratings in New Jersey have given them an opening.

The nonpartisan Cook Political Report, however, lists Smith seat as being safe. On Thursday, however, Cook shifted the rating for the state’s 2nd District from “toss-up” to “leans Democratic.” The seat is currently held by Frank LoBiondo, one of a wave of congressional Republican lawmakers not seeking re-election this year.

Quote of the Day: “If he wants something from us, he should just call us rather than call us out publicly.” — Senate President Steve Sweeney, on Gov. Phil Murphy’s call for state legislation to circumvent the federal limit on state and local tax deductions.

In the Year of #MeToo, Rutgers to Honor Anita Hill, Queen Latifah
In the year of the #MeToo movement, Rutgers University has tapped an early icon in the fight against sexual harassment as a commencement speaker at its Camden campus.
Steve Cronin, Observer Read more

Here’s Why Decertifying This Rogue NJ Agency Is Good News for Animals
The New Jersey Society for the Prevention of Cruelty to Animals (NJSPCA) suffered allegations of neglect and abuse from animal rights activists for decades. In one of his last official acts, Gov. Chris Christie finally stripped the rogue agency of its authority to enforce the state’s animal cruelty laws.
Donald Scarinci, Observer Read more

Trump is So Unpopular in N.J. That Democrats Are Now Targeting This Unbeatable Republican
Rep. Chris Smith, who hasn’t received less than 60 percent of the vote in his last 17 elections, has just been added to the House Democrats’ list of 2018 targets.
NJ.com Read more

Targeted: Democrats Look for Election Pickups in Lance and Frelinghuysen Districts
Donald Trump got about the same percentage of the vote in New Jersey, 41 percent, as Republican presidential nominees Mitt Romney in 2012 and John McCain in 2008.
The Record Read more

Nick Mangold Will Not Run for N.J. Congress Seat
Nick Mangold will not be making a foray into New Jersey politics. At least not yet.
The Record Read more

Voting Record—or Lack of One—Could Tip Scales in Race for Frelinghuysen Seat
New Jersey Assemblyman Jay Webber has an advantage if he becomes the Republican nominee for the House seat being vacated by longtime GOP incumbent Rodney Frelinghuysen: He’s spent the last decade representing about a quarter of the district in the state Legislature.
Politico Read more

Phil Murphy Campaign Promise Tracker: On Minimum Wage, PARCC Testing, NJ Transit and More
Gov. Phil Murphy made a lot of promises while running for governor. Now he has to try to fulfill them. The Record and NorthJersey.com have compiled a list of those promises and is publishing them here as a way of informing the public and to hold Murphy accountable.
The Record Read more

Have Thoughts on Legal Weed? N.J. Assembly Wants to Hear From You
As the din from the marijuana legalization debate reverberates around New Jersey, the state Assembly next month is set to get in on the discussion.
NJ.com Read more

Murphy Calls for Charitable Deduction Bill to Counter Trump Tax Law
Gov. Phil Murphy is calling on lawmakers to send him a bill that would allow New Jersey residents to make charitable contributions in lieu of paying property taxes — thus allowing them to be potentially deductible under federal law.
The Record Read more

Top Democrat Fires First Public Shot at Phil Murphy
State Senate President Stephen Sweeney had a message Thursday for Gov. Phil Murphy: Pick up the phone and call if you have something you want to say.
NJ.com Read more

More N.J. Police Departments Adding Tasers
Becoming the first local law enforcement agency in Passaic County to make the move, about a third of the township’s police force are now equipped with stuns guns that can immobilize a subject with an electrical current from as far as 25 feet away.
NJ101.5 Read more

Will Nuclear Subsidy Bill Kill Solar Sector?
A controversial bill to bolster the fortunes of nuclear power in the state may achieve that aim, but it could also deal a crushing blow to New Jersey’s thriving solar sector.
NJSpotlight Read more

PennEast Files Eminent Domain, Seeks Marshals to Guard Workers
The PennEast Pipeline Co. filed eminent domain notices in federal court to obtain access to land owned by dozens of people in New Jersey and Pennsylvania who have refused its offers of compensation for building the proposed natural gas pipeline on their property.
NJSpotlight Read more

State Senate Considering New Tax Deductions for Manufacturing
The New Jersey state Legislature has introduced a bill to allow for companies in the state to create manufacturing reinvestment accounts, which would give them tax reductions, deferrals and deductions on manufacturing equipment and workforce training.
NJBiz Read more

Treasury Works to Restructure Tobacco Bonds to Ease Strain if Current Budget Falls Short
Gov. Phil Murphy has been in office for only a few weeks, but there are already concerns the state budget he inherited from former Gov. Chris Christie — in place until June 30 — may come up short. Against that backdrop, Murphy’s administration has started to work on a creative refinancing issue involving revenue from the tobacco industry that could provide some breathing room.
NJSpotlight Read more

Meet the Newest—and Youngest—N.J. Lawmaker
The newest member of the New Jersey Legislature is also the youngest — and hails from a storied Bergen County political family.
NJ.com Read more

These Are the 20 Oldest Prisoners Doing Time in New Jersey
Most people envision spending their twilight years somewhere sunny and warm. But these 20 people are living out their dying days behind bars in New Jersey state prisons. Among them are child-sex predators, cold blooded killers – and even an alleged crime boss.
NJ.com Read more

Ocean County Freeholder Calls Weed More Addictive Than Cocaine; Experts Disagree
Marijuana is more addictive than cocaine. That’s what Ocean County Freeholder Director Gerry P. Little said Wednesday evening in support of the county government’s decision to oppose the legalization of pot for recreational use in New Jersey. You can listen to the audio of his speech above.
Asbury Park Press Read more

Doblin: In Paterson, Even a Defunct Agency Can Be Raided
Where to start. Where to start.
In Paterson, it usually begins: “Today, the state attorney general criminally charged ….” Or, “This morning, the U.S. attorney for New Jersey announced a guilty plea in …”
The Record Read more

Editorial: Want to Avoid ‘Stupid Judges’? Give Them a Pay Raise
The judges and justices in our state last received pay raises in January 2008, and if you factor in how their pension and health costs have tripled since then, they take home less than what they made in 2003.
NJ.com Read more 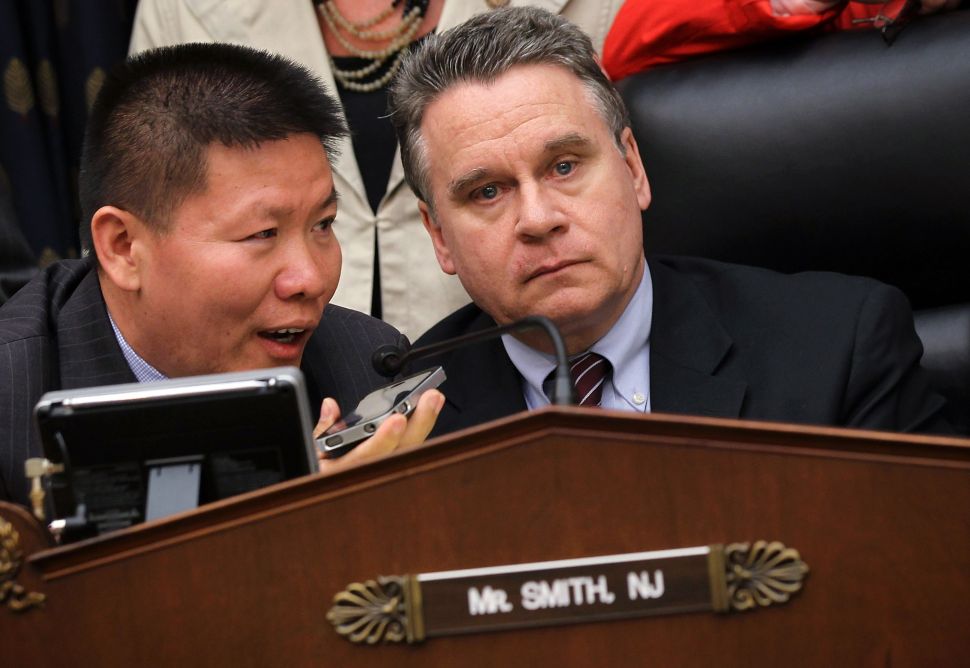