This week has been rife with skincare debates—some argued that all kinds of creams, masks and serums are “cons,” while others maintained their stance that “skincare is good and actually works.” Estée Lauder even disclosed that they raked in an impressive $3.74 billion in net sales over the past year.

So this is an interesting time for Olivela, a luxury e-commerce site that donates to a charity with every purchase, to step into the cosmetics category. However, there is no dispute about this: buying Eve Lom Cleanser, Sunday Riley Good Genes treatment and By Terry CC cream from Olivela’s site is a win-win. The same positive benefit can be achieved from buying eyeliner and lipstick from Christian Louboutin, blush from Lipstick Queen, shampoo and conditioner from Oribe, brushes from R+Co, sunscreen from Sisley Paris and perfume from Acqua di Parma and Eric Buterbaugh.

Why’s that? For one, Olivela founder Stacey Boyd makes sure to pack her site with items that she considers to be “the best of the best in luxury.” Then the site (not the brands carried) donates a percentage of each purchase to their philanthropic partner of the moment, in fact, you can see just how your item of choice makes an impact via its description. This month, that charity is Too Young To Wed, a non-profit that aims to end the practice of child marriage around the globe. Each order from the site will help Too Young To Wed built and distribute kits of health essentials that are given to survivors of child marriage.

In prior months, Olivela has joined forces with Jessica Seinfeld’s GOOD+ Foundation and VH-1’s Save the Music Foundation. The Malala Fund is also a big partner of the site; since Olivela launched in June 2016, the site has raised money to fund 10,840 days of school for young girls. In fact, Malala Yousafzai helped inspire Boyd to found Olivela in the first place.

While Boyd was with Yousafzai in Dadaab, Kenya, one of the world’s largest refugee camps, she had a lightbulb moment. “I reached into my purse [for my phone] to take a picture of a group of girls and I realized that for a fraction of the price of this bag, I could send a girl to school for a year. And I thought, ‘What if you could buy things that you love while helping a girl realize her potential?'”

The site now carries clothing from Carolina Herrera, Adam Lippes, Derek Lam and Max Mara, plus shoes from Salvatore Ferragamo, Stuart Weitzman, Tod’s and Valentino, and bags from Edie Parker, Rochas and Clare V. As if that’s not enough, Olivela also offers fine jewelry from Temple St. Clair, Roberto Coin and Ippolita. In a way, it’s similar to the offerings at Saks Fifth Avenue or Neiman Marcus, but entirely online and responsibly philanthropic.

So the next time you need to replace your night cream or spice up your makeup routine—or your entire wardrobe—consider doing so in a charitable way. 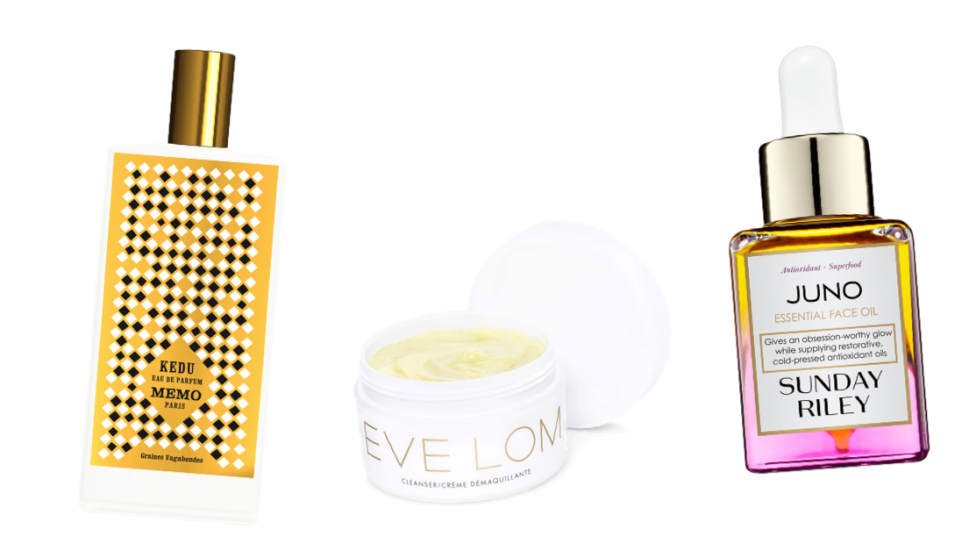