Just as we lavish praise upon the Metropolitan Opera for truly superior work, such as the splendid music drama that is in their current production of Wagner’s Parsifal, we need to admit that on a less lofty plane, opera lives and dies with great singing. And by that standard, last weekend offered an uneasy mix of the lively and the moribund.

Least effective was the biggest name of the cast, bass Ildar Abdrazakov, who fudged the cascades of little notes and resorted to not much more than heavy breathing to indicate the exposed low tones in the rangy part of Assur. Yes, he absolutely looked the part of a scheming Assyrian villain, but it soon became apparent that the extent of his acting would be the scene-to-scene increasing exposure of his burly chest.

The two leading ladies managed a good deal more accuracy in their singing, if not much musical splendor. As the Lady Macbeth-ish queen Semiramide, soprano Angela Meade ground out the coloratura with a machine-like efficiency and an unvarying glassy timbre.

As the mysterious prince Arsace whom Semiramide chooses as her husband and consort until (spoiler alert!) she realizes the young man is her long-lost son, Elizabeth DeShong flung out roulades untiringly, though the sweet spot of her mezzo-soprano seemed to lie quite a bit higher than her music’s subterranean tessitura.

The character of Prince Idreno has what can charitably be called a tangential relationship with the plot of this opera, showing up twice to belt out eye-poppingly ornate arias. Tenor Javier Camarena lavished the evening’s most fluent singing on these strenuous pieces, though the unremitting scales and roulades made me long for a simple legato phrase to highlight his honeyed tone.

Even with a more luxurious cast of singers, though, this Semiramide might have fizzled due to Maurizio Benini’s limp conducting and John Copley’s gaudy low-camp production. In the director’s cheesy vision, ancient Babylonians held court among clumps of shattered styrofoam “masonry” and the seductive queen was styled as Barbara Bush in a Bernadette Peters wig.

Their virtues were complementary, his singing more pointed and specific and hers more glamorous and sympathetic. Similarly, while Yoncheva emphasized sweetness and unquestioning love in her portrayal of Mimi, Fabiano made Rodolfo a sort of early 19th century hipster, self-centered and unreliable.

Both these productions will show up later this season in the Met’s Live in HD series. The Bohème surely will be worth yet another look, but the Semiramide, sadly, is going to seem very pale indeed next to last year’s searing webcast of this opera from the Bavarian State Opera. 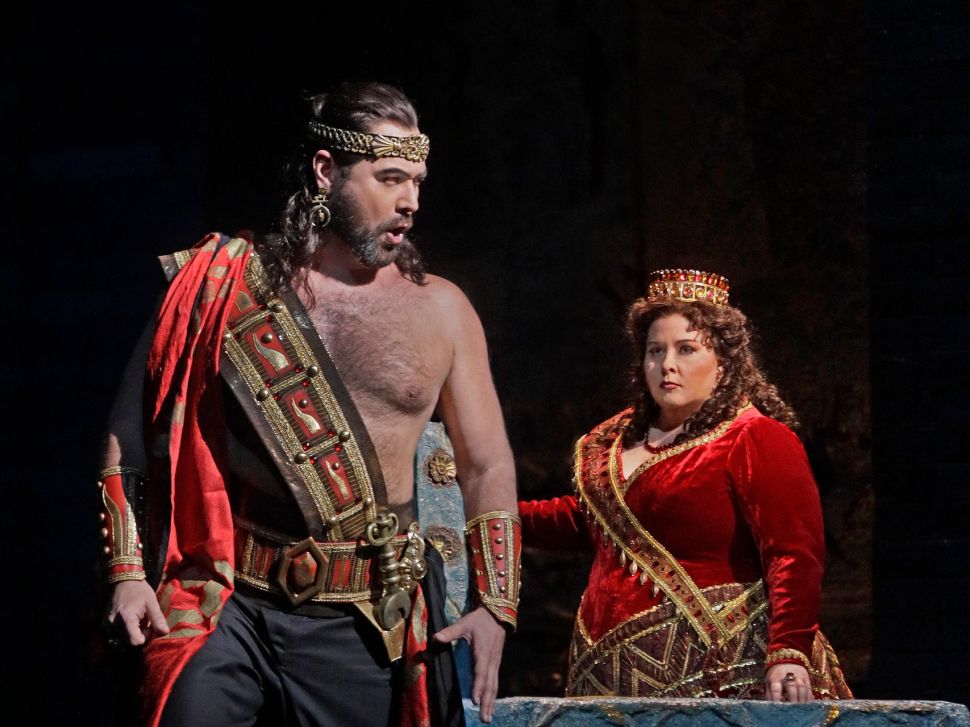