I still remember the moment several years ago when I took a photograph of a darkened corner of a room and showed it to someone because of the unusual light discolorations in the photo. He became instantly animated and was convinced that I had taken a picture of a ghost. I tried to shrug it off, but on some level, I was captivated by the idea. After all, how much do we really know about what we can’t see, understand or explain?

It’s this same germ of animation that lives at the heart of the storytelling in the podcast called Lore. If you aren’t familiar with the fascinating and strange world of Lore, then you are in for a treat. Every episode is a deep dive into tragic human history and how it deals with death and disease and other true, troublesome circumstances: by forming stories and superstitions around them. Aaron Mahnke, the host, is a brilliant wordsmith who does an immense amount of research for every episode. His serious intonations and dramatic pauses lend the show a gravity befitting the subject matter. He is, after all, dealing in death.

Ghost stories will never cease to provide a rich source of fascination for the human mind, exposing, as they do, our innate frailties and concerns outside of our limited understanding of the world around us.

Modern technology and science has assuaged many of our fears of that which we don’t understand, but certainly not all. One mystery that has endured through the ages is explored in episode 44, titled “From Within.” It covers the topic of spontaneous human combustion. Mahnke examines several unusual cases where bodies were found burnt to ash. As the stories goes, the fires that devoured the human bodies must have been thousands of degrees in temperature, and in some cases, were reported to have shrunk the skulls of the victims. Our modern science is still unable to provide a satisfactory explanation for this phenomenon—or even agree that it exists at all.

As one of the most popular podcasts out there, Lore has expanded to a six-part Amazon television series and a series of books, the first of which was published in October. But in all of these branches, one thing is key. “It’s all about context in bringing in the elements that make the story powerful,” Mahnke told Observer. “Historical facts and details give the story more life than if you go in cold.”

But it’s not difficult to make these stories resonate. Not only are they fascinating, they are also extremely pertinent to our current moment in time. To illustrate this, Aaron brought up the example of the famous English witch hunter, Matthew Hopkins, featured in episode 70. In the 17th century, Hopkins was responsible for putting to death one hundred and fifty out of three hundred accused witches in the space of a year. “He used his prejudice against people who were different from him,” Mahnke put it, simply.

He insists he isn’t trying to shoehorn in the idea of people attacking foreigners into the podcast, it’s just that when you delve into our tragic human history these kinds of stories keep coming up over and over again. “[The Outsider is] an avatar for our own fears and insecurities, and then we make up stories to justify it.”

That may be what is so fascinating about Lore and its strange stories: it holds up a mirror to the way in which we, as human beings, haven’t really changed, just shifted the ways in which we try to protect ourselves from what we fear. And who can resist looking in a mirror? 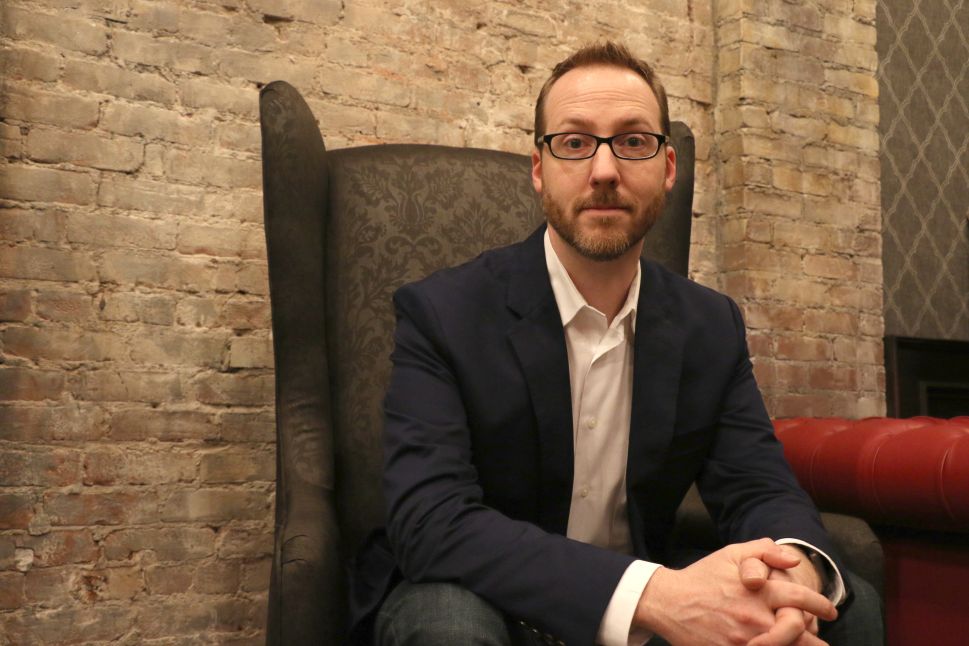