Poland is defending its honor. And that is why both houses of Parliament passed a bill to ban the use of phrases like “Polish death camps,” in reference to Nazi concentration camps. The bill makes it a crime, punishable by three years imprisonment, to “ascribe to the Polish people or the Polish state the responsibility or joint responsibility for the Nazi crimes committed by the Third Reich.”

This issue has been plaguing Poland since the end of World War II.

When discussing the war, many people fall into the trap of lumping all of the Nazis’ camps into one category, calling them all “concentration camps.” But camps came in different levels of internment and purpose. There were “prisoner of war camps,” in which many Poles were interred. There were also “labor camps” and “death camps.” The Nazis created 457 camps in Poland.

The term “concentration camp” is an overarching general term, but it does not fully explain the nature of a death camp.

There were six Nazi death camps, all of which were in Poland. They were built with one purpose only: to murder as many Jews as possible. Their names are Chelmno, Majdanek, Sobibor, Treblinka, Belzec and, the most notorious of all, Auschwitz.

Auschwitz almost defies classification. More than a death camp, it was an entire Nazi camp system that contained not only the labor and death camps, but also dozens of plants and factories, including those for IG Farben and Krupp.

Auschwitz I was established as a prisoner of war camp in which Polish prisoners were held. Today, the official camp museum is dedicated to telling the story of Polish prisoners of war. Only one exhibit, housed in a single barrack, is dedicated to what happened to the million Jews who were murdered in Auschwitz. Unless you venture to Auschwitz II, also known as Birkenau, you would never see any relic of their lives or deaths.

Birkenau was gargantuan, the biggest of all the camps. It is dauntingly huge, so large that you cannot see the perimeter. All you see are chimneys. Chimney, after chimney, after chimney. Birkenau was pilfered after the war by locals who stripped the barracks and used the wood to heat their homes. All that remains are the brick chimneys and remains of the destroyed crematoria.

Death camps needed no amenities. Jews were murdered within minutes of their arrival. They might have waited for days only a mile away from the camp in the cattle cars that transported them, but once herded off the platform, they were marched directly to their death.

All six death camps utilized gas as their modus operandi. Different gas was used in different murder factories. Zyklon B was used in Auschwitz, Belzec and Majdanek. Carbon monoxide was used in Sobibor, Treblinka and Chelmno.

These camps were efficient factories of death. The product they produced was death, and their business model was speedy, streamlined and cheap. The camps were built to murder Jews—all the Jews in Europe.

As Hitler marched into Poland on the eve of World War II, there were roughly 3 million Jews living there. Only ten percent, of Jews in Poland survived the murder machine.

It all began in 1933 in the German camp Dachau. That’s when and where the Nazis first began murdering “undesirables.” They murdered emotionally and physically disabled Germans, calling them “euthanasia killings.” German citizens were outraged by the murders, so the Nazis moved on—to Poland.

The lesson the Nazis learned from this was to locate killing centers far from Germany. Thus, they decided to solve the “Jewish Problem” by building death camps in Poland. Nazis moved Jews using the national railroad system, built their camps in Poland, and enlisted Poles to work.

Most Poles were bystanders. Some Poles were victims, and some were collaborators. It is easier to justify what you did—or did not do—by changing your status. It is easier to explain to your children and grandchildren. No one wants to admit to their children that they watched or aided in the murder of millions of people.

Not all of Poland collaborated with the Nazis. Six thousand Poles have been honored for saving Jews. They are called “righteous gentiles,” and each one has a tree planted in their name at Yad Vashem, the International Holocaust Memorial in Jerusalem. These citizens of Poland endangered their lives to save Jewish lives. There are numerous Poles who declined the honor for fear of backlash against them and their families.

More Poles saved Jews than in any other country—but some Poles collaborated with the Nazis. Wanting to blur the role that Poland played in the Nazi death machine is understandable, but it is wrong. It is truly a revision of history. 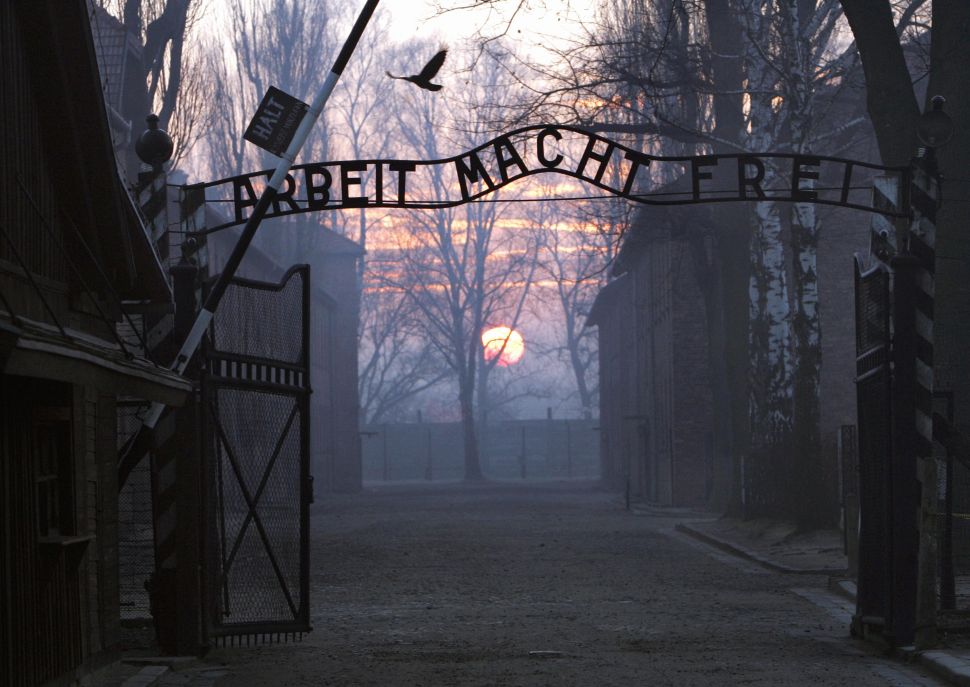