From the minute we learned I was pregnant, my husband Al and I envisioned the birth of our son unfolding in very different ways. Al’s vision involved a small Manhattan hospital room packed with his boisterous Cuban relatives. In my vision of his vision, Al’s mom would snap pictures of my open hospital gown with her iPad and post them on Facebook; his dad—known as “Señor Oops”—would slip on a Tucks Medicated Pad then fall on top of my baby; his abuela would kick me out of my hospital bed so she could put her feet up and watch telenovelas while she coughed. They would bring a few distant relatives and at least eight miscellaneous friends. One of them would feed the baby flan.

Just when I thought I had imagined the very worst-case scenarios, Al looked at me with hesitation and said, “My mother just asked if we want her in the delivery room.” His mother. My legs in stirrups. Even more troubling than that image was the fact that he hadn’t yet told his family they would not be invited to the hospital—at all. Not the delivery room. Not my postpartum recovery room. Not even the cafeteria in the basement to drink bad coffee eight floors away.

Family attendance was their tradition, but I would start a tradition of my own. My ritual would allow the recovering woman to endure hemorrhoid checks, vaginal exams, and the placement of ice-filled diapers down her pants without a room full of witnesses. It would mandate that the woman get treated like a patient, not a hostess expected to smile and entertain company. It would permit the woman to say “fuck everybody” and have the exclusive right to decide who will hover over her ravaged body after an eight-pound baby tears his way out.

To be sure, I didn’t come to this decision lightly. I knew it was an important day for Al too, and he was raised in a culture where families do everything—even have babies, apparently—together. More importantly, his opinion mattered on all things relating to the well-being of our child.

But this was about the well-being of me, and my right to swear, cry, and pee my pants with dignity. So he didn’t get a vote. Because Al wasn’t the one who would wail in the backseat of a taxi while stuck behind a garbage truck en route to the hospital. He wouldn’t want to scratch off his skin as a side effect of the epidural. He wouldn’t tremble at seven centimeters dilated and vomit repeatedly at eight. He wouldn’t push for three excruciating hours, feel like his eyeballs were going to burst like balloons, then shut off the epidural because he was out of time and needed to feel more pain. He wouldn’t be the one who would want, so badly, to give up and let them cut the baby out. He wouldn’t hemorrhage afterward and, as 10 doctors rushed toward him, not know whether he would live or die. He wouldn’t lie on the bed screaming as doctors tried to stop the bleeding, and endure so much pain that the prior 27 hours felt like a soothing hot stone massage.

The baby was ours. But the experience was mine alone.

I was always going to win this one. And so, we spent three days alone with our baby, aside from a rotation of doctors, nurses, and orderlies delivering quasi-chicken and juice. Al tested my limits when he tried to invite his friends to visit, but no amount of opioids could break my resolve. As a result, I spent the most beautiful, agonizing days of my life alone with my perfect new family, just as I believed it should be.

As we packed and prepared to take our son home, Al seemed to finally understand. He hadn’t asked to have visitors in at least 20 minutes. But then he saw a man down the hall wearing a “World’s Best Grandpa” shirt.

“You tricked me!” Al said. “You told me people didn’t have their families come!”

That’s not exactly what I said. What I said was that I wasn’t going to have his family come. Or his friends. Or mine, for that matter, but that wasn’t the point.

The point was, every woman should get to decide for herself which people and germs and cameras invade her recovery room. Maybe the woman down the hall had an easier delivery than mine. Maybe the man in the shirt was her father, and she wanted him there. Or maybe she felt pressure, like so many women before her, to let people into her intimate personal space when she only wanted to share it with her husband and child. Maybe at that very moment, as Al came undone over a $10 t-shirt, she was coming undone to her own spouse about the woman down the hall with only her husband and baby by her side, wishing she had done it my way.

In either case, the woman down the hall was entitled to make her own choice, and so was I. 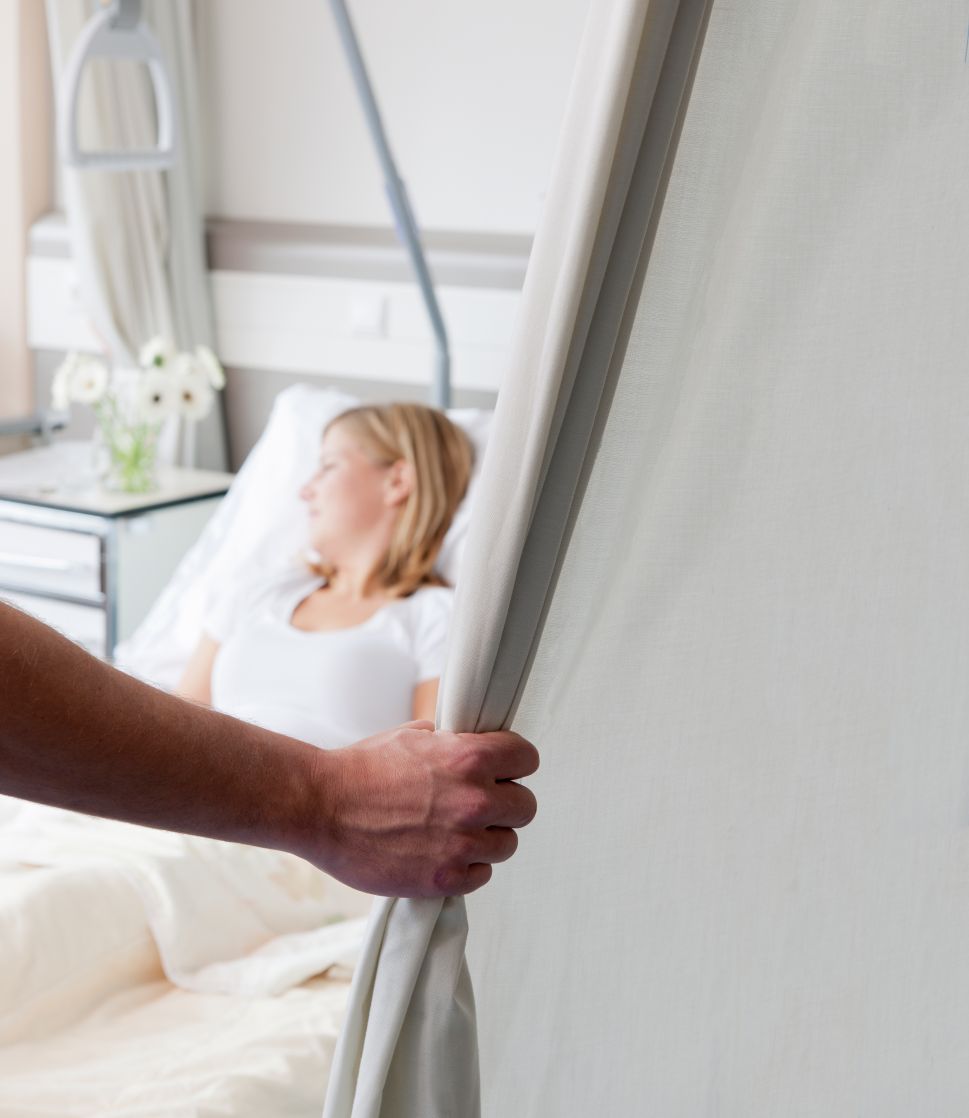