President Claire Underwood sat down for an interview with Observer’s entertainment expert Brandon Katz. The president touched on an array of topics, including her husband’s disgrace, tensions with Russia, her future platform and more.

Read the full transcript of the interview below.

Brandon Katz: Madame President, the situation surrounding your position has been… uneven lately.

President Underwood: Come now, let’s not tread lightly for the camera’s sake. You’re talking about my husband, excuse me, ex-husband Francis Underwood. No need to be politically correct. Simply put, he disgraced himself, he disgraced this office and he disgraced this country. We’re all better off with him gone.

You certainly inherited quite a mess from him.

Finally, one thing both the media and the government can agree upon.

Tell me, how do you plan to deal with President Petrov and Russia’s potential interference in American elections?

We’ve given Petrov an out. And if he chooses not to take it, we will bury him. At the end of the day, the Russian administration need only ask themselves one very simple question: Is the United States really the sort of enemy they want to make? I seem to recall that not working out so well for them during the Cold War.

Hardline stances with President Petrov have backfired before.

Only because this government hasn’t had the strength to follow through on its threats.

Switching gears for a moment, you’ve announced some pretty radical plans now that you’ve assumed office. Specifically, government subsidized Netflix subscriptions for every American family. What’s your thinking behind that?

Well, a distracted country is an obedient one.

(Fourth Wall Break) This pion isn’t worthy of inhaling the same oxygen as me. The drawback of being the most powerful person on the planet is having to deal with feeble insects such as him. How could someone so inferior ever begin to grasp what I’m doing? Francis never had to explain himself, but because I’m a woman, I’m second-guessed at every turn. But their underestimation of me is why they’ll all find themselves under my thumb.

(To Brandon) Well, I believe in strong, core family values, I believe in the strength of the nuclear family and I believe that our children are the future. Enabling each American family to spend quality time with one another will only better this country. Plus, I’ve heard that Netflix has some amazing programming (winks at camera).

President Underwood, what do you have to say about the mysterious circumstances surrounding the death of your former speechwriter Thomas Yates?

What happened to Mr. Yates is a tragedy. Not only was he a talented writer and a valued member of our staff, but he was also a friend. Sadly, he was a man of vices. Men, women, drink and drug. I only wish I could have gotten him the help he needed in time.

Yes, I’m sure your “help” would have done him well…

(Pauses) How are your superiors at Observer, Mr. Katz? I know them quite well. In fact, we go way back. Do give them my best, won’t you?

Errr, moving on. Do you plan to keep Doug Stamper on as Chief of Staff?

Doug served Francis well, but he’ll be embarking on his own path moving forward.

Finally, what do you have to say to your critics and opponents now that you’ve finally assumed office? 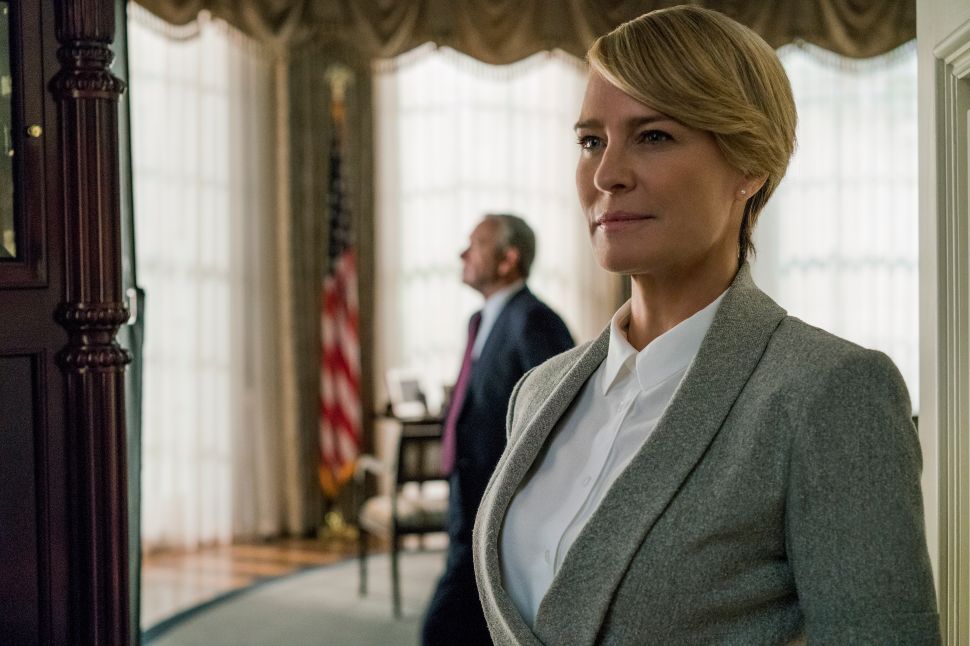