Usually, Prince William and Kate Middleton’s official royal visits are quiet affairs with elegant seated dinners and black tie balls. But their latest was a bit out of the ordinary, starting with a motorcycle ride and ending with a tattoo.

On Tuesday, Prince William showed off his wild side by taking a bike for a spin when he visited Triumph Motorcycles in Leicestershire. There, the future King of England suited up to test drive the Triumph Tiger 1200. And yes, he wore a motorcycle jacket over his suit. Afterwards, he told reporters the ride was “very nice” but “not long enough.”

While Prince William on a bike might seem shocking, he was actually an avid biker back in the day. He and Prince Harry have both owned motorcycles—and they both preferred Ducatis. They even participated in a motorcycle rally across Africa to raise money for Sentebale, the charity founded by Prince Harry that supports young people with HIV.

Unfortunately, Prince William has since put his Sons of Anarchy days behind him. He gave up the practice when he had children because Kate Middleton has expressed her disapproval. Specifically, she’s “filled with horror” whenever he takes a bike out.

After Prince William’s cycling day was done, he and his wife donned hard hats on their visit to Sunderland. They were in Northeast England to visit a construction site for the Northern Spire, the new bridge that will be taller than Big Ben’s clock tower. The Duke and Duchess of Cambridge were even able to participate in the construction process, as Prince William tightened a bolt on the bridge.

During the Sunderland visit, the Duchess of Cambridge had a rebellious moment of her own, perhaps in response to her husband’s wild ride. While visiting local artists at The Fire Station, which was recently converted into a music and arts hub, Kate Middleton indulged in some body art. A young artist gave the mother of two (with one on the way) a tattoo, albeit a temporary, henna one that will last for about two days.

Now that Prince Harry has settled down, it looks like Kate Middleton and Prince William are game to stir up some controversy. 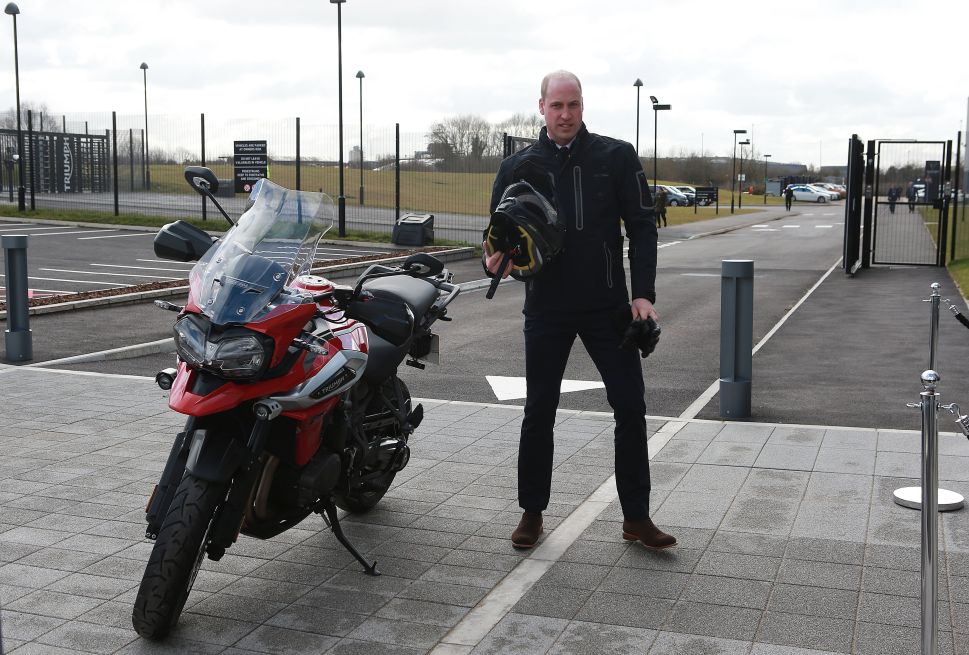