You might want to sit down for this health news—and then get right back up to prevent your early death from cardiovascular disease and other maladies.

Your chair is killing you, according to global research suggesting that “sitting is the new smoking.” And if you’re like most adults who sit 9 to 12 hours a day, you’re dying right now even if you workout. But hope is on the horizon for seat-izens, especially for those who take sneaker breaks every half hour.

It’s the accumulation of total sedentary time and lengthy bouts of inactivity that cause all types of mortality in adults 45 and older, according to a new study published in the Annals of Internal Medicine.

From 2009 to 2013, researchers documented the health of 7,985 black and white adults who agreed to phone interviews, in-home physician examinations and data collection via hip-belt accelerometers to assess daily movement. Among participants, prolonged sitting time correlated with serious health conditions. Yet those who moved every 30 minutes had the lowest mortality risk.

Translation: If you often remain still for 60 to 90 minutes or longer, you could deduct years from your life, according to the study’s lead author Keith Diaz, an associate research scientist at Columbia University Medical Center. Diaz and his team explain how interventions should aim at reducing sedentary time and breaking it up with bite-sized fitness sessions.

Both types of activities—treadmill walking and resistance exercises—significantly lowered blood sugar compared to the prolonged sitting session. In summation, many kinds of regular exercise could assist in managing chronic conditions like diabetes that are often associated with sedentary behavior.

Derived from the Latin word sedēre, which means “to sit,” the word “sedentary” has inspired a growing field of research because long bouts of surfing, on couches or the internet, may be linked to health problems.

Medical literature may define sedentary in many different ways, including “a distinct class of behaviors characterized by low energy expenditure” and “time spent sitting or lying.” Experts can get super picky in defining terms such as “screen time” and “physical inactivity.”

The bottom line is that Americans spend more time on their tails than ever before. Many modern careers require low energy expenditure versus physically challenging jobs like factory work and farming that demanded high energy expenditure.

Meanwhile, the proportion of American adults with home computers increased from 15 percent in 1989 to 79 percent in 2009, according to the U.S. Census Bureau. And that’s not counting home internet access, which jumped from 18 percent in 1997 to 74.8 percent in 2012. Today, more than half of American residents own a smartphone. Convenience is literally at our fingertips.

Yet technology can be a plus when it comes to programming fitness reminders to stand up and get the blood pumping.

“Even if you exercise during your waking day, try to get three minutes of movement for every 30 minutes of sitting,” recommended Len Kravitz, coordinator of exercise science at the University of New Mexico. “For the most part, those of us in civilized societies live a sedentary life, which has been shown to be associated with all of the main diseases we now face, including cardiovascular disease and Type 2 diabetes. Just moving more throughout the day will help to lesson this risk and provide us with more heart protection.”

Kravitz examined recent studies in the January issue of Fitness Journal. Based on new findings, he designed several three-minute walking and resistance circuits. Sample walking intervals include “30/30,” three reps of 30 seconds at a brisk pace and 30 seconds at a recovery pace. Examples of resistance intervals include three minutes of half squats, knee raises, heel raises and marches.

To help you get up during the day, even when your job keeps sucking you to your chair, Kravitz offers these three tips: 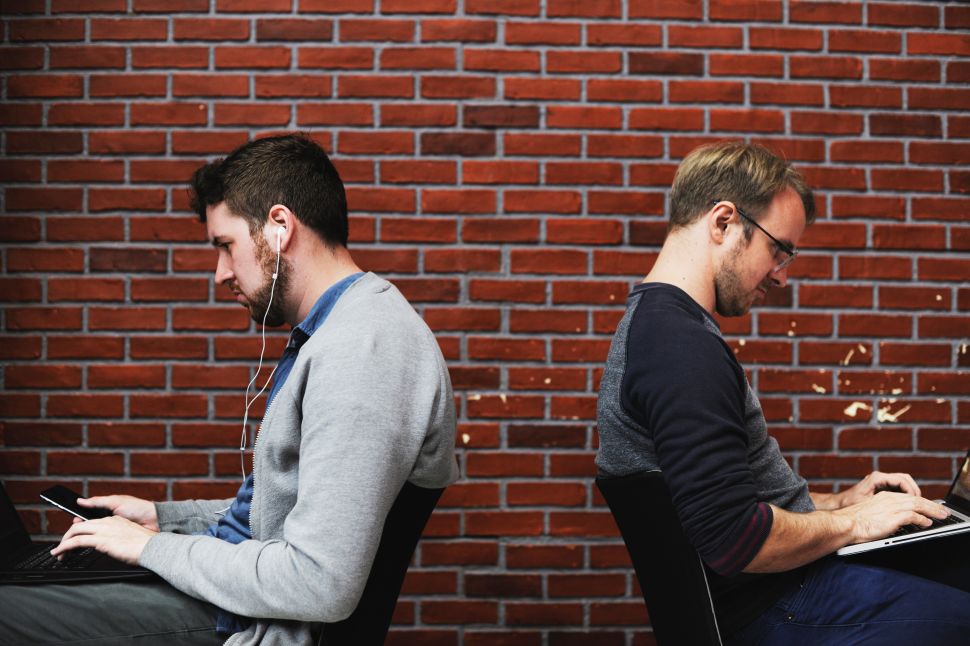