While global geopolitical uncertainty is worrying players in the low and mid-range sectors of the American real estate market, a new report suggests demand for luxury properties is booming and gaining ground from a surprising source: younger buyers.

Last month, Luxury Portfolio International released an in-depth look at this new category of customers entitled, “The Rise of the New Aristocracy.” It breaks down the growth of wealth in key markets and what this new demographic—primarily aged between 25 and 49—wants in real estate. It builds off of a similar report that Beauchamp Estates published in January 2017.

“Buyers are getting younger,” confirms San Francisco agent Mary Macpherson of Paragon Group, which is part of Luxury Portfolio International. “And they know what they want. They’re doing research beforehand and are surprisingly educated about real estate.”

The Luxury Portfolio International report says that 54 percent of these buyers are looking for urban living and, in Macpherson’s ultra-competitive market, young couples are paying above top dollar to do just that. Even with limited inventory at the top end of the market, she sees no signs of this slowing down.

Macpherson also echoed some of the report’s findings that this new crop of buyers is looking for fully connected and wired, turnkey properties with zero flaws. “They’re starting to appreciate more of the architecture here too, but still want all the bells and whistles,” she says.

“The Sunset Strip is going to look completely different and the ‘Bird Streets’ north of it are desirable,” says David Parnes, Director at The Agency. “To have that combination of the Strip lifestyle with peace and quiet—that’s a big pull.” Several new hotels and entertainment properties are also giving new life to this old stretch of Sunset Boulevard.

Parnes also noted something similar to the findings of the Beauchamp report: high-end buyers are in search of land. While Hollywood Hills West has been able to offer some of that, it’s also sent buyers in search of large lots to Bel-Air and the San Fernando Valley. With the Beauchamp report noting an average price of $2,901 per square foot in highly desirable neighborhoods across the city, it’s a search for value that’s alluring buyers to consider newer areas, too.

Perhaps more so than in other markets, the influence of new Asian money is driving up the price of luxury at the highest ends in two main East Coast markets: the traditional in Manhattan and the upstart in Miami.

“They tend to have a need [for] the best that’s out there,” says Leslie J. Garfield agent, Jed Garfield. He predicts a continued increase in foreign investment in the city, especially from countries with political unrest. Above all, American real estate is seen as a solid, safe and stable investment. Garfield noted an increase in Turkish interest amid the country’s recent political troubles.

Miami’s market has skyrocketed with its Association of Realtors reporting 47.6 percent year-over-year growth in the $1 million plus condo sales and 16.7 percent growth in single-family home transactions. Chinese capital has helped drive the increase, in addition to continued support from Latin American and European buyers.

The New Aristocracy report parallels much of the sentiment from these realtors: the wealthy are getting wealthier and value a safe and secure residence now more than ever. The younger portion of this wealth is looking for more community-minded features and will either pay top dollar within an urban environment or pioneer into a new neighborhood to find the exact amenities they’re looking for.

Plainly stated, the American luxury market is thriving and shows no signs of slowing down. 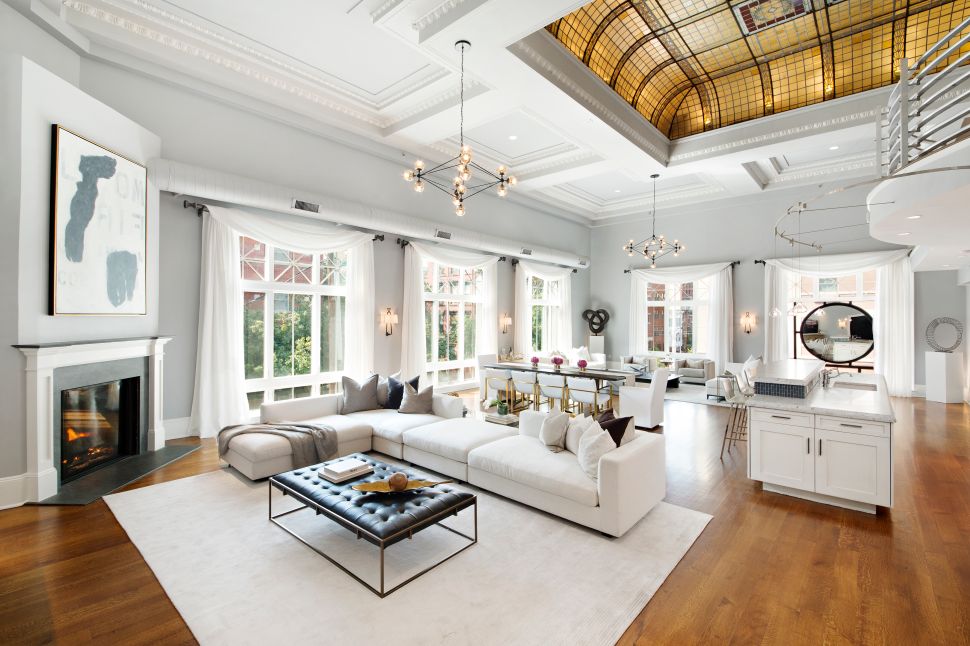