Both parties have placed gerrymandering on the forefront of their list of priorities, arguing that the sanctity of the Constitution is at risk—but in contradictory ways.

Last month, Pennsylvania’s Supreme Court ruled that the state’s U.S. House of Representatives map violates the state’s constitution due to Republican gerrymandering. Pennsylvania Republicans have until tomorrow to redraw the map, but instead they have launched a campaign to fight the ruling.

On Monday, State Rep. Cris Dush distributed a memo calling for the impeachment of the Pennsylvania Supreme Court Justices that ruled in Democrats’ favor.

“The five Justices who signed this order that blatantly and clearly contradicts the plain language of the Pennsylvania Constitution, engaged in misbehavior in office,” reads Dush’s memo. “Each is guilty of an impeachable offense warranting removal from office and disqualification to hold any office or trust or profit under this Commonwealth.”

This memo was distributed just one day after the U.S. Supreme Court struck down Pennsylvania Republicans’ appeal, a ruling Dush said “completely violated the [Pennsylvania state] constitution by ordering that the legislation comes directly to them if the legislature and the governor do not agree,” on Tuesday on The Ken Matthews Show.

Dush is not arguing the need for redistricting, but instead, the constitutionality of the Supreme Court’s involvement. Citing article 1, section 4 of the Pennsylvania state constitution, Dush argued that the responsibility of drawing the maps is delegated to the legislature. “The problem that I have, and the problem constitutionally, is that they have asserted the sovereign law of authority of the people of the Commonwealth of Pennsylvania and the legislature,” Dush told Matthews, “They have basically taken over a rewrite of the constitution.”

In Pennsylvania, impeachment requires a majority House vote and two-thirds of the Senate vote. Currently, Pennsylvania Republicans hold 34 of 50 state Senate seats, a GOP-led majority that Dush told CNN he presumes will support the push for impeachment if the House approves it because “there’s a mood over there” in the Senate to do the same.

“Gerrymandering contributes to the political polarization and dysfunction in this country and is a threat to our democracy. In 2011, Republicans created gerrymandered districts that locked themselves into power and shut out voters from the electoral process,” said Holder in a press release. “By focusing on these state and local races, we can ensure Democrats who will fight for fairness have a seat at the table when new maps are drawn in 2021.”

On Wednesday, Holder explained on The Rachel Maddow Show that the NRDC will be focusing on local elections in 2018 in order to have a larger impact in 2020 and redistricting initiatives in 2021. “There are structural things that we have to get through and that’s what the NRDC is all about—getting to a place where we have elections that are more fair.”

“I’m not being hyperbolic when I say this: people want to save our democracy, and I think that really, that is what’s at stake,” said Holder. 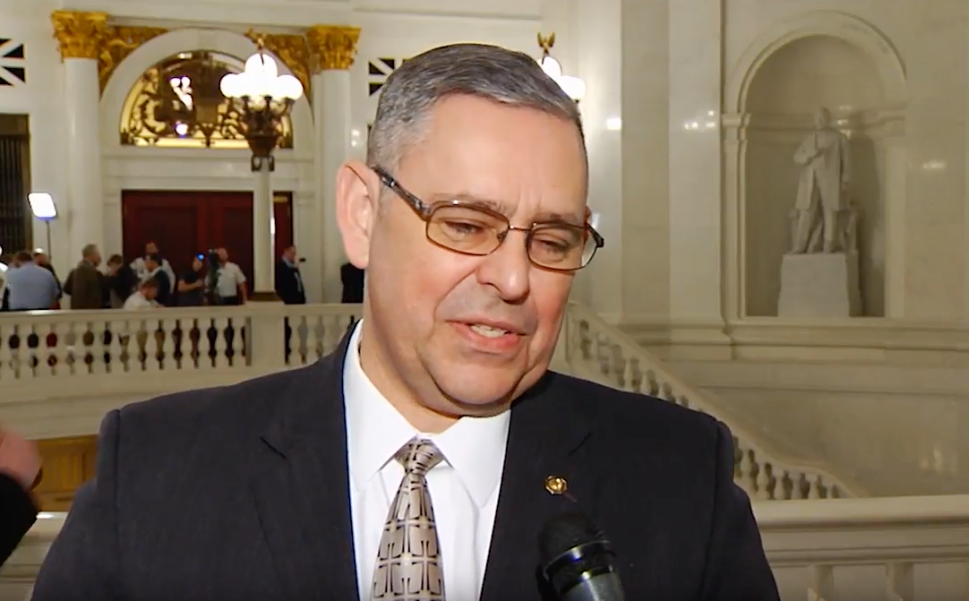