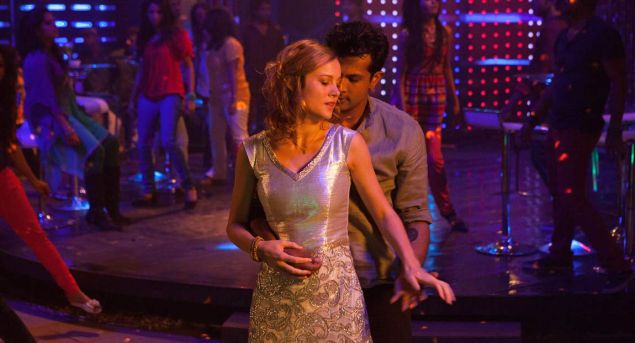 Fame can make a career. In Brie Larson’s case, it could also break one. Her newly released film, a naive trifle called Basmati Blues, is a (get ready) Bollywood-style musical set to India-flavored pop tunes about (are you sitting down?) the rice farming industry. It was made long before she won her 2016 Academy Award for her heart-rending performance as the kidnapped and imprisoned young mother in the devastating film Room. For a long time, it was considered unreleasable. Shelved for years, it has now opened commercially in an attempt to cash in on Larson’s newfound screen status. Big mistake. Though the film has minor charms (the highly regarded actress can sing, and co-stars Tyne Daly and Scott Bakula are seasoned Broadway musical veterans) Basmati Blues is the kind of easily forgiven early career move that is best released on home video and forgotten.

Larson plays Dr. Linda Watt, a scientist who works with her father (Scott Bakula) for a pharmaceutical research lab run by Donald Sutherland and Tyne Daly, whose subsidiary roles are so underwritten you don’t know if they are good guys or heels. Dr. Watt has invented a new kind of basmati rice that is drought, flood and pestilence resistant, guaranteed to revolutionize the nutrition industry. Dispatched to India to launch the product, her job is to convince whole provinces of rice farmers they can profit, unaware that her company is ruthlessly planning to destroy their own crops and lead them to bankruptcy. It seems no rice product can succeed without the approval of one billion Indians, although Uncle Ben has been doing just fine up to now.

The movie is about the cheerful and very lovely scientist, her adventures, and her romantic triangle with two handsome suitors on opposing sides of her mission—the dashing lawyer William (Saahil Sehgal) who secretly plans to make a personal fortune rooking the farmers, and the poor but honest Rajit (Utkarsh Ambudkar, a charismatic star in the making), who tries to dissuade the innocent farmers from the American basmati rice and harvest it cheaper with stinkweed.

Their up-and-down lover’s quarrels are enhanced by and peppered with songs, colorful Indian costumes and innovative native choreography, performed by a cast wearing textiles that look fetching in Technicolor and oozing charm and curry like the dress extras in The Second Best Exotic Marigold Hotel. They sing when they’re happy, they sing when they’re sad, they sing when they wash their clothes in river, they sing when they sell their fish, they sing when the movie ends and nobody tells them. The songs are forgettable, the lyrics rhyme: “To motivate the working class / You’re gonna have to kick some ass.” Directed by Danny Baron, who co-wrote the knuckle-headed, one-dimensional screenplay with Jeffrey Dorchen, Basmati Blues doesn’t send you away starchy and bland like the rice, but nothing about it makes you think twice before postponing your departure, either. 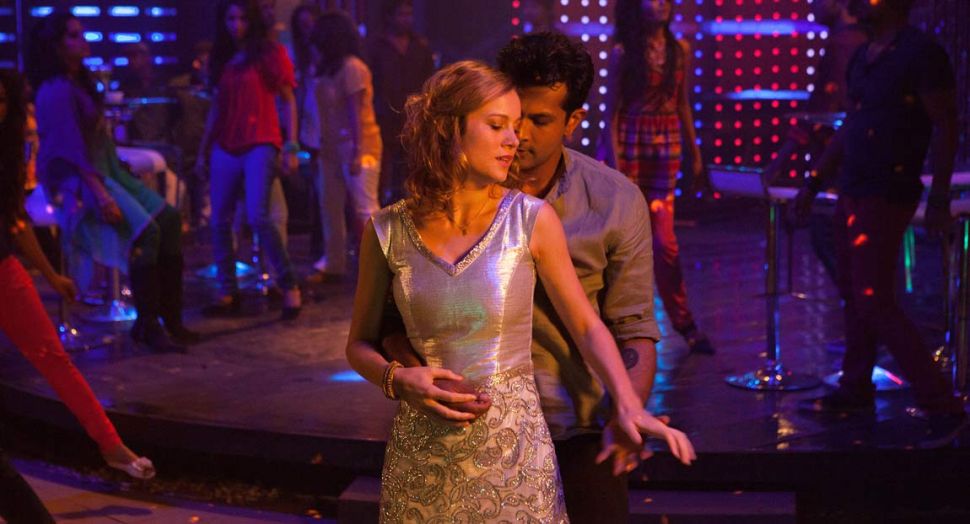