In the words of John Oliver, “How is this still a thing?”

The performance from Acadêmicos do Salgueiro, a popular dance school in Rio de Janiero, was supposed to pay tribute to African culture and black women.

But the dancers’ use of blackface reminded many social media observers of minstrel shows, in which white people put on black face paint and mocked people of African descent.

One Twitter user bemoaned the fact that Salgueiro “had the chance to extol black women… and still used white men with blackface.”

Others defended the school and claimed the use of blackface was “sheer fun.”

But Barbara Weinstein, a professor of Latin American and Caribbean history at New York University, doesn’t buy it.

“Fun is often at other peoples’ expense,” she said. “Whose fun are we talking about?”

Weinstein said the school’s use of blackface in this parade was akin to a German event filled with swastikas.

“There’s no way to reconfigure them as something neutral,” she said. “The effect is to evoke the use of blackface in the past, and there’s just no getting away from that.”

While this display would be offensive anywhere, it was especially problematic in Brazil.

Salgueiro’s presentation was doubly offensive because people of color make up half the population in Brazil.

In spite of this, the dancers still portrayed black people “in ways that degraded them instead of making them powerful,” Weinstein said.

School choreographer Helio Bejani told the Associated Press that the dark paint was necessary so the students could depict “historic Afro(s).”

“The makeup was the only way to achieve the right tone,” he said.

That tone wasn’t enough, however: Salgueiro lost the dance competition.

Blackface is still a problem in America as well. CBS reported that a group of revelers at a Mardi Gras parade in New Orleans handed out blackface figurines to children over the weekend.

“The history of race and racism in the United States is particularly terrible, but you have to think carefully when you’re critical of another location,” she said. 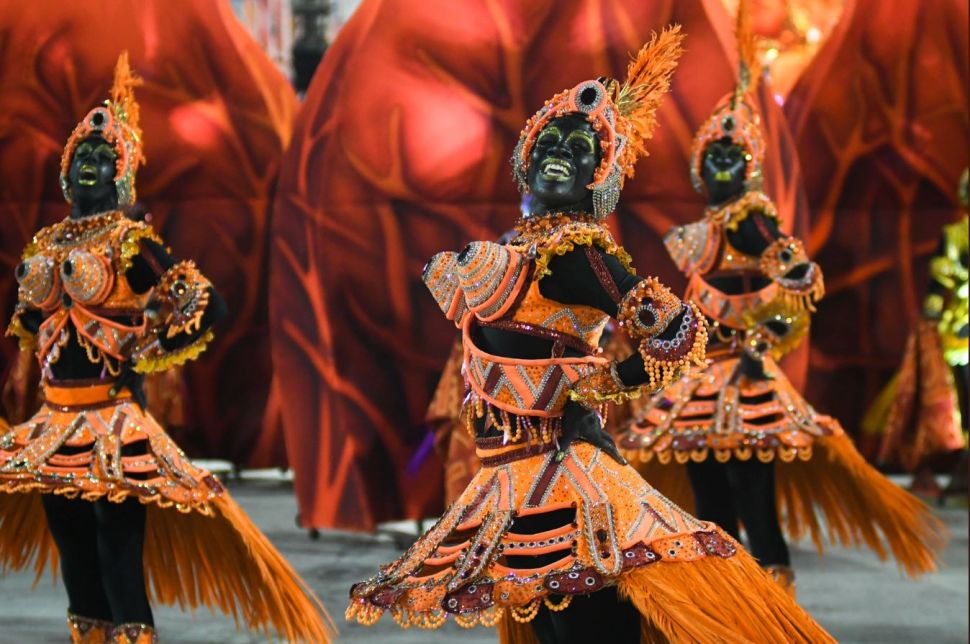