Digital currencies have finally grabbed the attention of federal lawmakers.

The Senate Committee on Banking, Housing and Urban Affairs held a long-expected hearing Tuesday morning, where the heads of two financial regulatory agencies that are most actively engaged with cryptocurrency-related cases—the Securities and Exchange Commission (SEC) and the Commodity Futures Trading Commission (CFTC)—testified on the current status and challenges of regulating cryptocurrencies.

Is Bitcoin a security or a commodity, or both?

What baffles regulators the most about Bitcoin is its unclear definition under existing legal frameworks. While originally created as a payment method to replace traditional currency, Bitcoin (and its rival coins) has come to serve multiple purposes for its owners.

“What’s so challenging about Bitcoin is that it has characteristics of multiple different things. One of the phrases that’s often used is that Bitcoin is a medium of exchange, store of value or means of account,” J. Christopher Giancarlo, chairman of the CFTC, said at the meeting.

The categorization, he said, depends on how people use digital currencies.

For example, if a person uses Bitcoin as a payment method, it is a medium of exchange, or currency. However, if a person is buying Bitcoin to simply hold, it better fits the definition of commodity, which falls under the regulatory authority of the CFTC. Conversely, when Bitcoin is used like cash, neither departments is in place to regulate.

As for initial coin offerings (ICOs), SEC Chairman Jay Clayton said that existing security law should apply as long as a company offers tokens in the same nature of securities.

Government is short of technology personnel.

Cryptocurrency is a rapidly changing space, where changes are largely driven by coders who don’t even disclose their real identities. As a result, regulators are often left playing catch-up.

“Hackers may understand the technology better than market participants,” Clayton said at the meeting.

Both agencies expressed a dire need for more technology experts on the regulatory side to stay ahead of the cryptocurrency trend.

“In an emerging area like this, could you use more horse power? Always,” Clayton said.

The SEC has an internal working group consisting of economists and law enforcers to study the technology behind cryptocurrencies, but Clayton suggested that they don’t have specialized technology experts in house to study the issue.

The CFTC sees a similar shortage in tech experts.

While the agency has a enforcement task force that identifies fraudulent activities in cryptocurrency trading and has successfully brought lawsuits against Bitcoin fraud, Giancarlo said they need more resources to fund research in the area.

The CFTC, which Giancarlo said has been flat-funded for three years, requested a 13 percent higher budget in 2017 to fund areas including fintech, cyber and cryptocurrency. 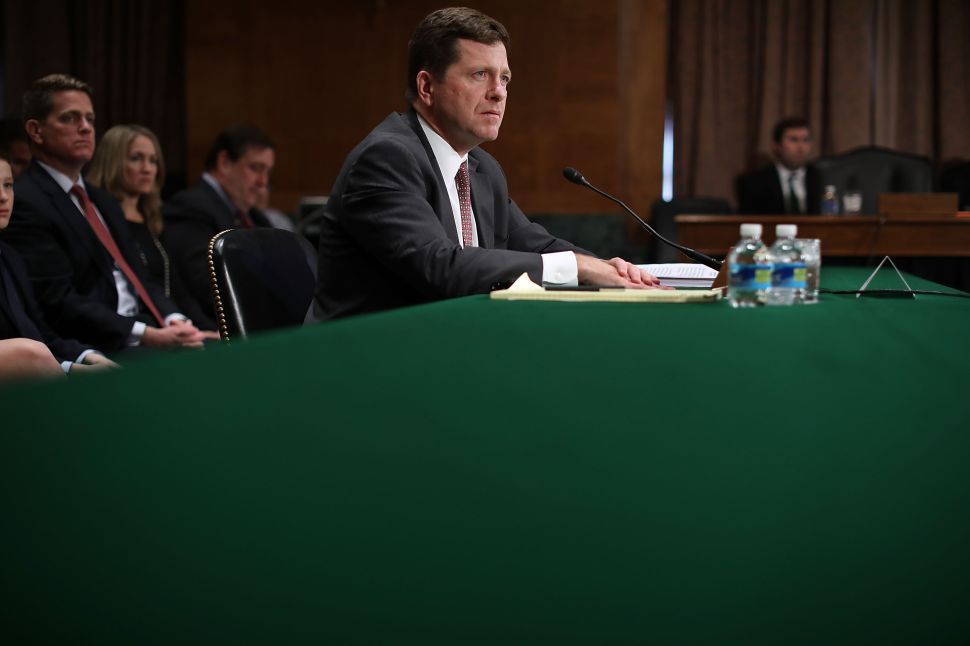