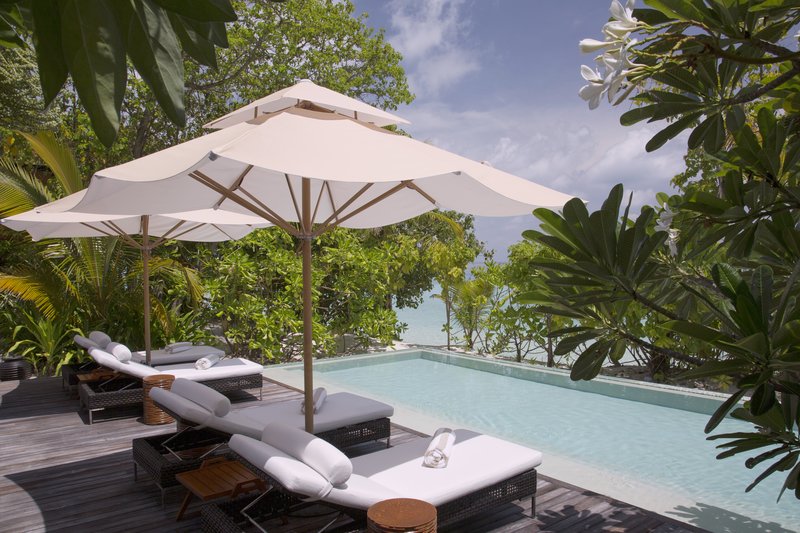 Sophie Turner started her birthday celebrations with Joe Jonas on a private island. Click through to see the picturesque locale.
Coco Privé 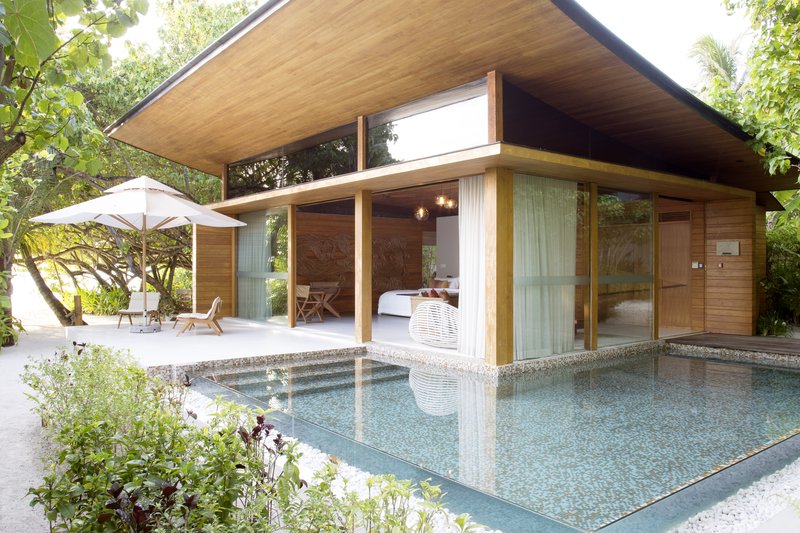 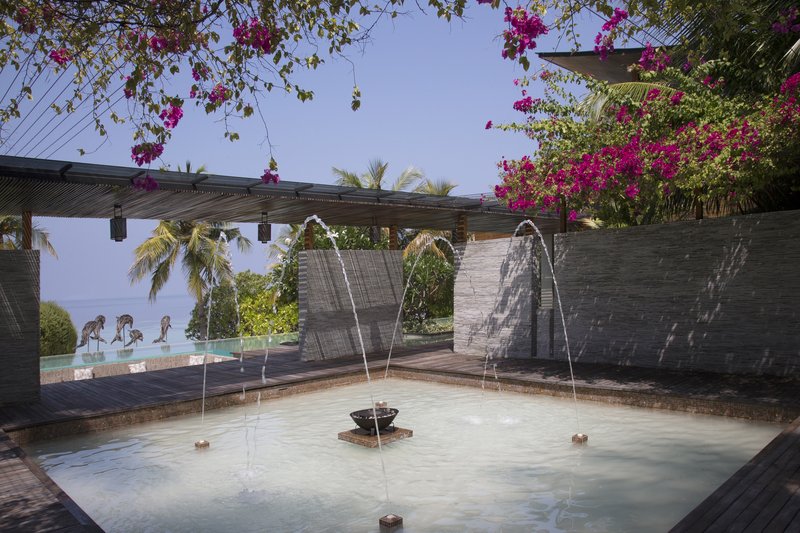 A yacht picks guests up at the airport.
Coco Privé 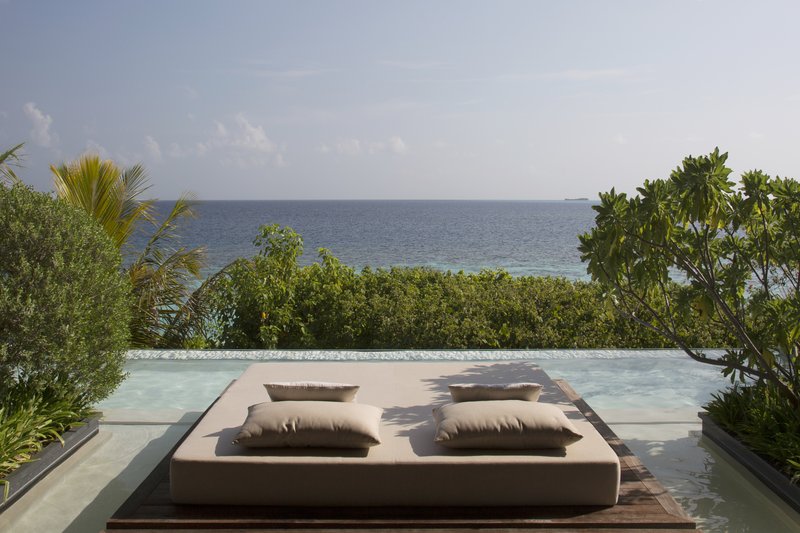 Turner and Jonas both shared Instagrams from the trip.
Coco Privé
Advertisement 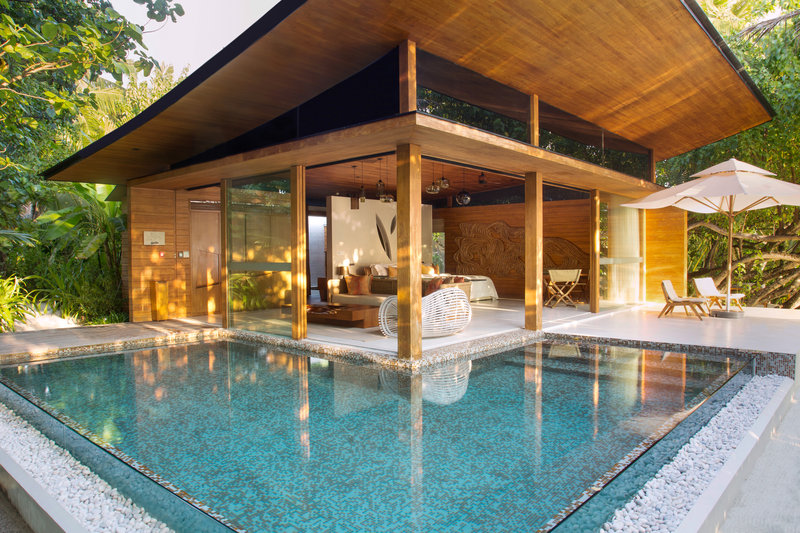 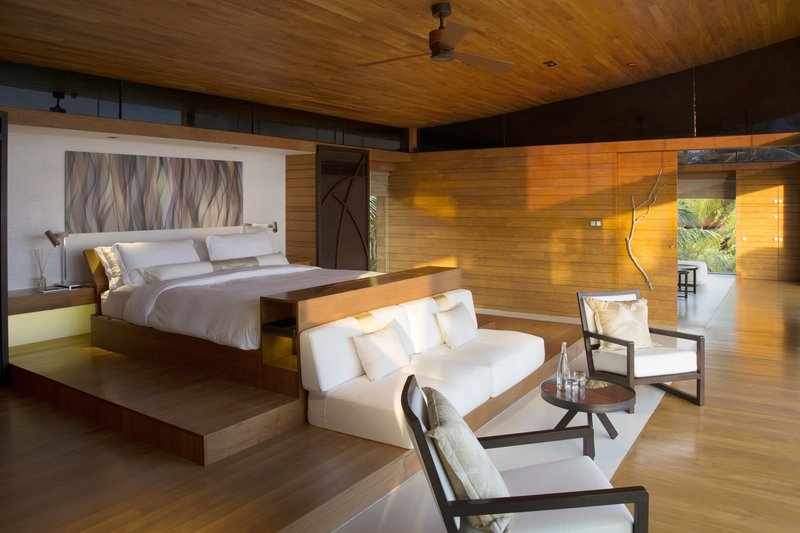 In addition to the main residence, there are five guest accommodations.
Coco Privé 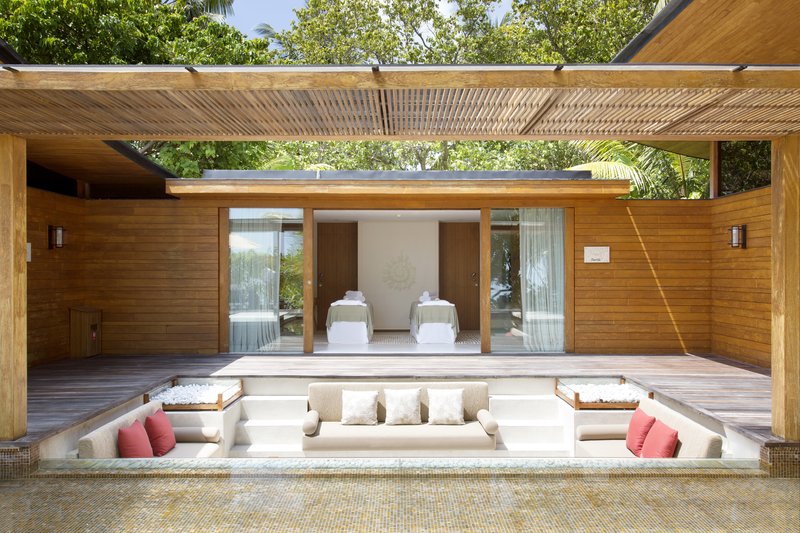 There are massage therapists available all day.
Coco Privé
Advertisement 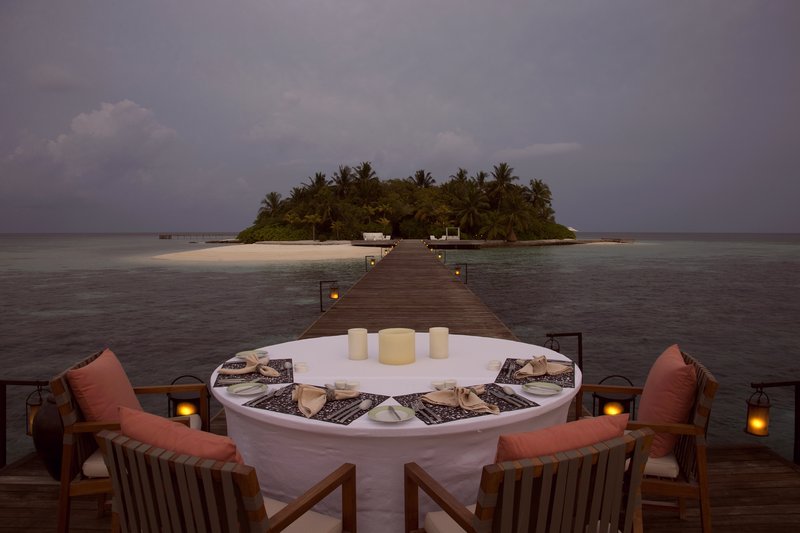 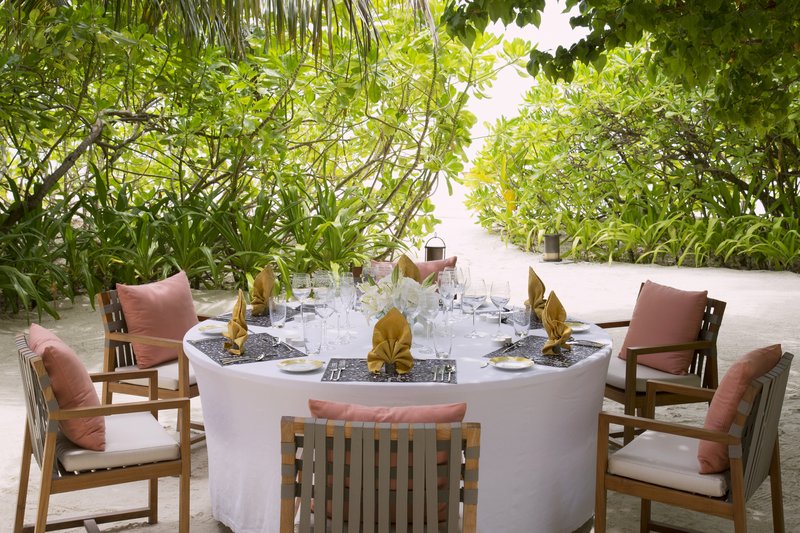 All the meals are prepared by the chef.
Coco Privé 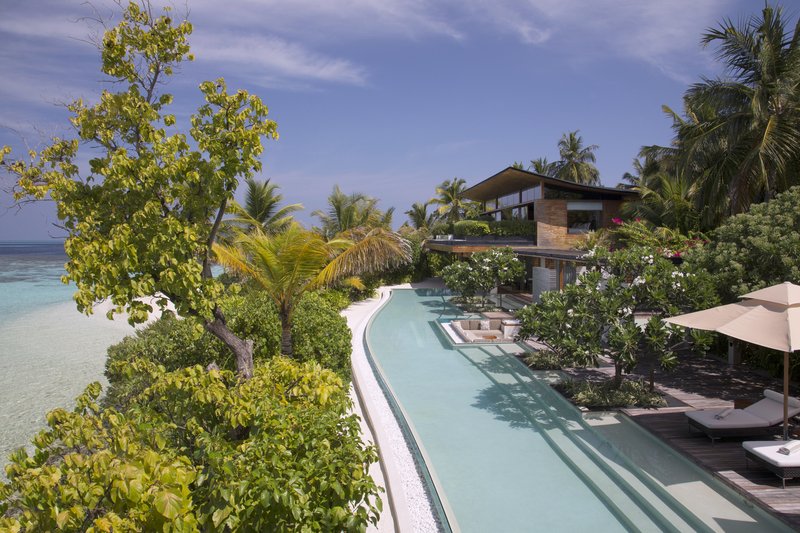 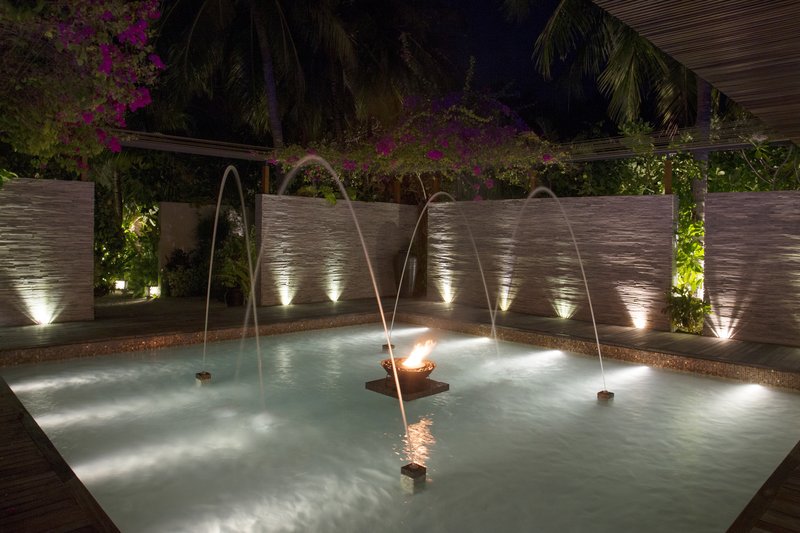 The spa is incredible.
Coco Privé 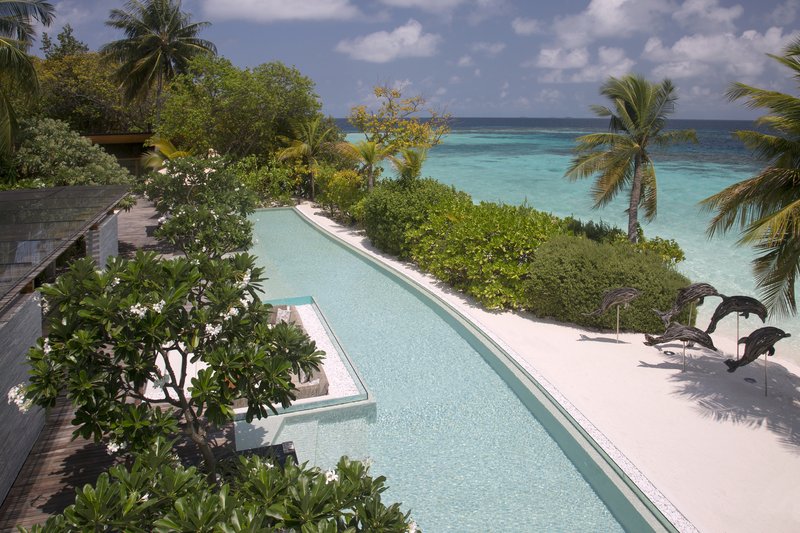 It's right in the middle of the Indian Ocean.
Coco Privé 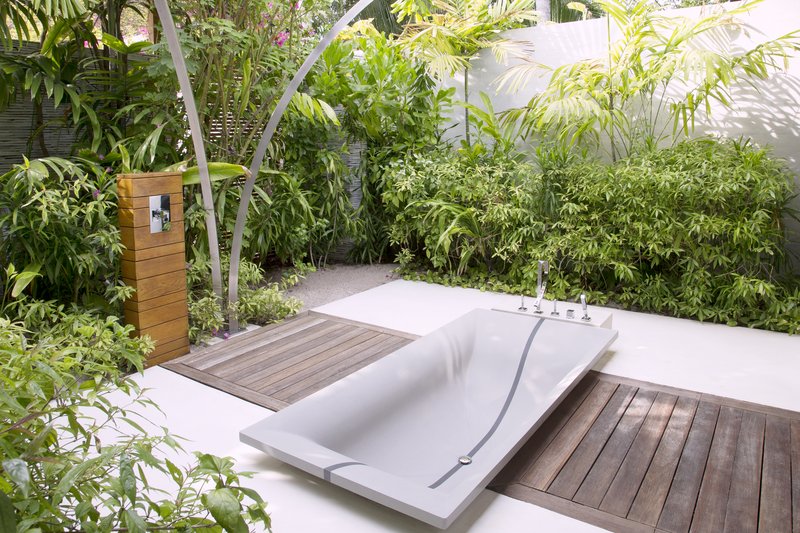 Perhaps it was an engagement trip, too.
Coco Privé 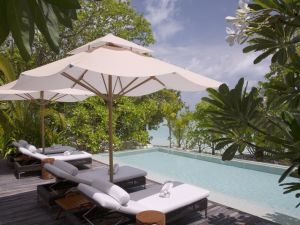 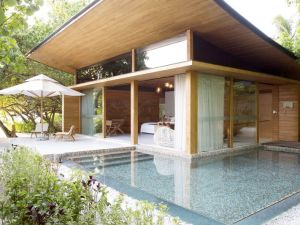 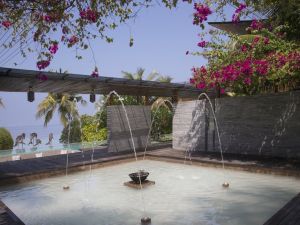 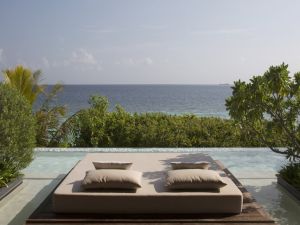 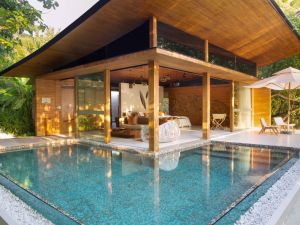 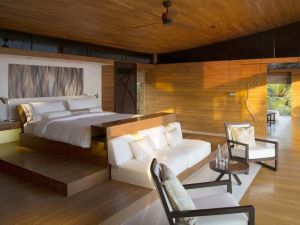 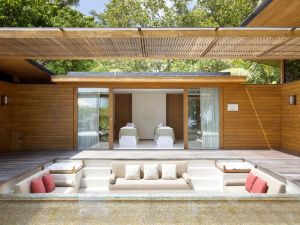 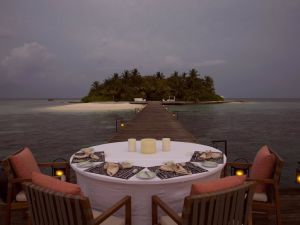 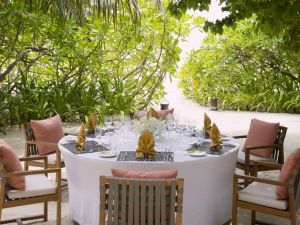 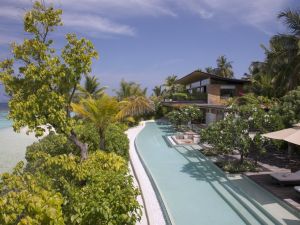 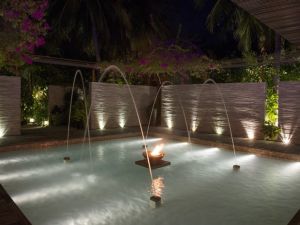 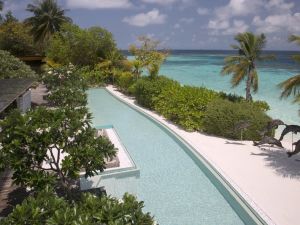 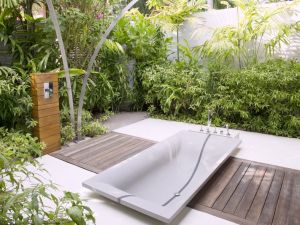 Game of Thrones actress Sophie Turner celebrated her 22nd birthday in one of the most glamorous ways possible—by vacationing on a private island.

Turner and her fiancé, Joe Jonas, traveled to Coco Privé, a 3.5-acre private island in the Maldives, surrounded by the Indian Ocean. The lavish locale comes with every luxurious detail imaginable, and as expected, includes a hefty price tag—it costs $45,000 a night to stay at the resort, according to Travel + Leisure.

The opulent experience begins right after guests land at Malé International Airport, when a private yacht transports them to the island.

Coco Privé, which became part of the Preferred Hotels & Resorts Legend Collection in 2017, is composed of a main residence plus five guest villas, in addition to a dining room, kitchen, cocktail bar and a wine cellar. There’s also a library and indoor and outdoor gyms, plus a sauna and a pool, just in case the ocean isn’t feeling too inviting one day.

Guests can request spa treatments at any hour of the day, in any location on the island they wish. There’s also a private chef, 24/7 30-person staff, diving and every other kind of sport imaginable.

Perhaps the trip also doubled as a celebration for the couple—Turner and Jonas announced their engagement in October 2017, and this appears to be their first trip since.

According to Turner’s Instagram, it seems she and Jonas have returned from their vacation, and apparently weren’t impacted by the current state of political unrest in the Maldives—the country’s parliament extended a state of emergency declared by Maldives’ president Abdullah Yameen. He felt that a Supreme Court ruling threatened his role as leader and has been warning of an impending coup.  Travel + Leisure reports that hundreds of hotel reservations are being canceled in the usually tourist-heavy locale each day.