The unprecedented decision by the ANC comes after Zuma defied an order by his party to step down despite days of intense pressure.

“You have already heard the decision from the SG to recall the president,” Paul Mashatile, ANC treasurer general, said on the party’s Twitter. “We ask the Chief Whip to proceed with the motion of no confidence.”

In another signal of how the walls are closing in on Zuma and his allies, officers of the Hawks, a police anti-corruption unit, carried out a raid on the home of the Gupta family on Wednesday. The Guptas, who are long-time friends of the president and developed close business ties with one of his sons, are at the core of corruption allegations leveled against the outgoing leader.

The move to force Zuma out and swear in his replacement—Deputy President Cyril Ramaphosa—is expected on Thursday, as the ANC, opposition parties and parliamentary officials want a swift transition of power to signal to the international community that the country is under control and sticking to its democratic values.

Initially, Zuma, who currently has more than 780 charges of graft and other improprieties lodged against himself and others connected to his office, had resisted the party directive on Tuesday to step down, defying the recall.

By Wednesday, his position had become stubbornly emboldened.

“I found it in a sense very unfair to me that this issue has been raised all the time,” Zuma said. “I need to be furnished on what I have done. Unfortunately no one has been able to provide what is it exactly that I have done.”

Asked bluntly by the government media employee if he would resign, he said, “No, the manner in which it has been taken, there is too much of a rush.”

During the lengthy interview Zuma added he was open to further discussions. Meanwhile, the media dubbed his resistance to exit his office quickly “Zexit”—in step with the British vote to leave the European Union.

“We are being plunged into a crisis that I feel some of my comrades may regret,” he told ANC officials.

All squabbles aside, South African officials have a vested interest in getting the nation back on track. Though the country has the strongest economy on the African continent, its growth slowed in 2017, according to an annual index by The Heritage Foundation, a Washington-based political think tank.

“South Africa’s economic growth has decelerated because of declining global competitiveness, growing political instability, and weakened rule of law that in 2017 caused the country’s investment-grade credit rating to be downgraded to junk status, denting investor confidence,” a summary to the Heritage report said. “The government must maintain macroeconomic stability while facing a combination of rising public debt, inefficient state-owned enterprises, and spending pressures. The judicial system is increasingly vulnerable to political interference, and numerous scandals and frequent political infighting have severely undermined government integrity.”

And with inflation at 6.5 percent and a nearly 26 percent unemployment rate, Africa’s most developed nation can ill afford any further downward slide. Hopefully Ramaphosa, Zuma’s incoming replacement, won’t be bringing along the same corrupt practices that have brought South Africa to its lowest point since before Mandela took over in 1994 under the old regime then.

South Africa can do better and the world expects better from a country that brought us all Mandela. 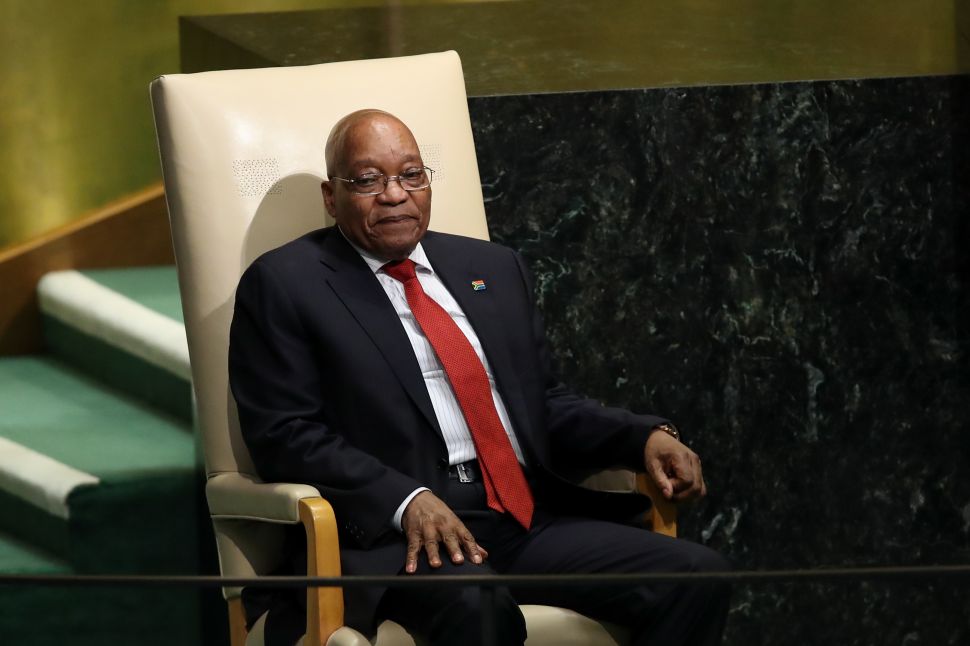