Mired in a five-year civil war, the world’s youngest nation—South Sudan, which gained independence from Sudan in 2011—is slipping deeper into trouble, according to U.S., UN and African Union officials.

The top official for the United Nations Children’s Fund, or UNICEF, told Observer that more than 250,000 children could starve to death by July if they don’t get the aid they need to survive.

“The fighting shows no sign of abating and the humanitarian needs are massive: 2.4 million children have been forced to flee their homes,” Henrietta H. Fore, the executive director for UNICEF, told Observer. “More than a quarter of a million children are severely malnourished and at imminent risk of death. Over 19,000 children have been recruited into the conflict. At least one in three schools has been damaged, destroyed, occupied or closed. And we have documented more than 1,200 cases of sexual violence against children.”

Conflict, disease, floods and food insecurity have driven the country’s citizens from their homes. But 45 percent of the overall population currently faces acute hunger, according to a UN report presented to the UN Security Council on Monday by the World Food Program and Food and Agriculture Organization. It’s a daily fight for survival as cholera, measles and even kala-azar—also known as Black Fever—plague South Sudan.

Additionally, roughly 2.5 million of them are listed under refugee status by the UN High Commissioner for Refugees. They are hosted in Sudan, Uganda, Ethiopia, Kenya, the Democratic Republic of the Congo and the Central African Republic. Four of the host countries are currently facing their own political or post-conflict crises, or both.

On Sunday, the head of the African Union, headquartered in Addis Ababa, Ethiopia, told an assembly of heads of state he was open to sanctions.

“The time has come to sanction those who are blocking peace,” Moussa Faki, the former prime minister of Chad, said at the opening of the 30th annual African Union summit.

The call for stiffer action followed remarks made by U.S. Ambassador to the UN Nikki Haley, who on Friday called the government of South Sudan an “unfit partner” for seeking peace. She also chastised its leader, President Salva Kiir, for recently promoting three military generals accused of war crimes and sanctioned by the UN Security Council in 2015.

“The United States will never give up on its efforts, but if there is to be true peace in South Sudan, its leaders must step up and make a true commitment to end this conflict once and for all,” Haley said.

Preventing South Sudan from sliding into unrecoverable chaos is up to its leaders, but since the start of the conflict in 2013 they’ve shown time and again that their interests are self-serving. They violated a December ceasefire twice already and monitors are investigating at least another five violations, according to Aly Verjee, a visiting expert at the United States Institute of Peace.

“Of course, the primary responsibility for honoring the truce lies with the combatants, and ambiguities in the latest agreement make it more difficult to end the violence,” Verjee said. “But the ceasefire monitors need to up their game, too.”

Verjee drafted a four-step plan to a truce, the two most effective of which are recommendations to name the individuals who violate the peace agreements and impose disciplinary action on them. Without those two things, any hopes for a lasting solution to South Sudan’s worsening morass of problems are feckless.

Meanwhile, aid workers—the only ones delivering relief to the suffering masses—are on the front lines of the conflict day in and day out, risking their own lives. Fore, the UNICEF chief, drove that point home.

“South Sudan is the most dangerous country in the world for humanitarians—28 aid workers were killed there last year alone—and yet we continue to help children in need,” he said. 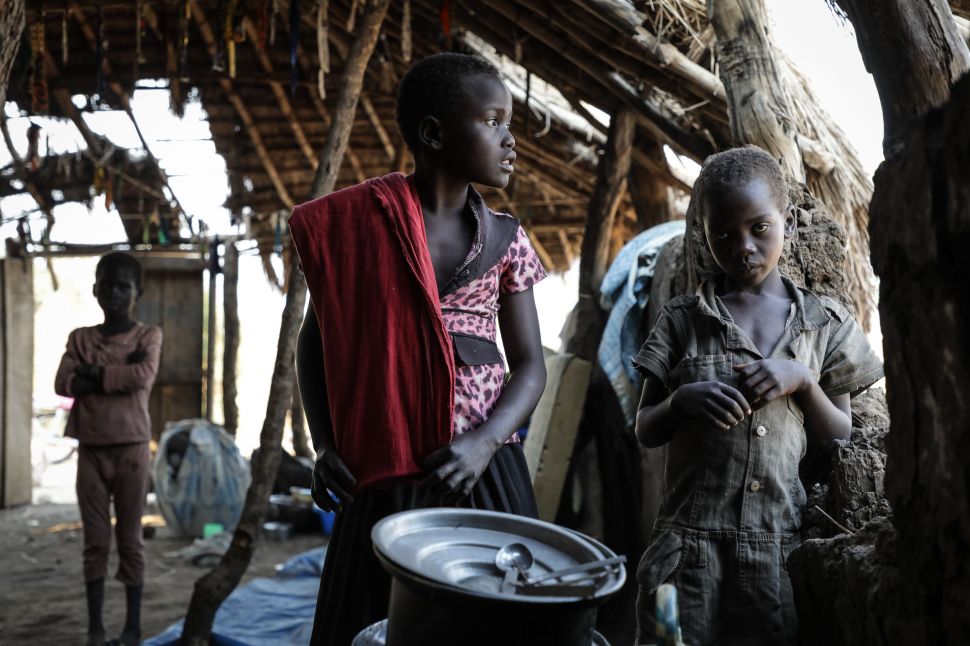