Today’s maiden voyage of Elon Musk’s newest rocket, the Falcon Heavy, is a huge milestone for the Hawthorne, California-based company SpaceX. With this successful lift-off from pad 39A at the Kennedy Space Center, the spacecraft is now considered the world’s most powerful rocket in service. The first reusable, heavy-lift launch vehicle, it can deliver considerably more cargo than anything else on the market, proving SpaceX’s prowess in developing experimental technologies. It also puts the company at the forefront of a lucrative market.

Elon Musk made sure to set expectations low prior to this mission. Last year, during a talk at the International Space Station Research and Development Conference, Musk said, “I hope that it makes it far enough away from the pad that it does not cause pad damage. I would consider even that a win to be honest.” It did that, and more, today.

In addition to launching his own personal Tesla Roadster into space as the rocket’s primary payload, Musk upped the ante, adding one of SpaceX’s newly-developed spacesuits to the cargo. What better way to properly test a suit designed to protect future astronauts from the rigors of space than by actually sending it there? The car, if allowed to proceed unobstructed, will travel slowly on a specific path called a Hohmann-transfer-orbit, which would see it venturing to Mars then returning to Earth on a permanent loop. Musk noted in a tweet that the Roadster will be playing David Bowie’s Space Oddity as long as the batteries last.

View from SpaceX Launch Control. Apparently, there is a car in orbit around Earth. pic.twitter.com/QljN2VnL1O

The launch of the Falcon Heavy has become one of the most anticipated aerospace events since the last NASA Space Shuttle mission seven years ago, which launched from the same pad.

In a comment made to Florida Today, Eric Garvey, executive director of the Space Coast’s Office of Tourism, estimated that up to 100,000 visitors had converged on Cape Canaveral to witness the liftoff. The scene on this clear Florida day included beaches packed with upward gazing spectators, temporary bleachers set up in all manner of locations, traffic bottlenecks and over 300 individual members of the media there to report on the history-making event.

But it’s not all celebrating from here on out. As it continues on its mission, the Falcon Heavy will be under scrutiny from officials, anxious to determine if it can be trusted to deliver more serious cargo for NASA or other international clients.

SpaceX has made considerable progress in addressing issues of reliability in their mainstay booster, the Falcon 9—especially after the rocket suffered two total losses of its spacecraft and customer payload, once in 2015 and again 2016. The Falcon Heavy will still have undergo further testing to verify its trustworthiness, and if it is to ever be considered ready to fly crewed flights in the future, it will need to adhere to stringent standards of safety and reliability.

Just as the launch date of this mission has slipped continuously beyond its originally scheduled date, the company’s ambitious goal of launching two private citizens around the moon in 2018 has also fallen behind. If they can’t fly astronauts actively on their smaller Falcon 9 rocket this year, the Falcon Heavy certainly can’t be expected to pass crewed safety ratings until much later.

For now, SpaceX is primarily in the business of transporting cargo to exotic locations for a premium. The Falcon Heavy will allow SpaceX to offer more versatility at a considerably cheaper cost than its competitors, while employing the core tenants of reusability the company is known for. With SpaceX winning more and more military contracts, the Heavy could soon be assigned to deliver for the U.S. government.

For this demonstration mission, the Falcon Heavy employed two previously flown (or “flight-proven”) boosters, which were used during their Thaicom 8 satellite launch in May, 2016 and during a Space Station resupply mission in July, 2016. The Falcon Heavy is designed to universally accept both new and used Falcon 9 boosters, which helps to drive down costs and reduce waste. With 14 successful landings alone in 2017, and 30 projected launches planned for 2018, SpaceX will have no shortage of boosters to return to service for future Falcon Heavy voyages.

Just minutes after takeoff, the two side boosters of the rocket could be seen disengaging and returning to earth for almost mirrored landings in the Cape Canaveral Air Force Station. The central booster was supposed to continue downrange to make a third landing on their mobile landing pad waiting in the Atlantic Ocean, but as of publication, its status was unclear.

With 27 precision-engineered Merlin engines working in unison, SpaceX’s website claims the Heavy puts out a total of 5,000,000 pounds of thrust, can carry up to 140,000 pounds to low Earth orbit and estimates it could take 37,000 pounds to Mars. With a base price of $90 million, it is now the most cost-effective heavy-lift rocket currently on the market. The closest U.S. competitor, the United Launch Alliance’s Delta IV Heavy, runs well over $300 million per vehicle, is far less capable and is entirely disposable. It does, however, have a proven track record of success, which is important when considering the expensive payloads rockets carry.

Just how much the public can trust the Falcon Heavy to deliver cargo, and how long will it take for the rocket to become crew-capable, remains to be seen. But one thing is clear, once this rocket becomes widely usable, the ways in which it will change the aerospace industry cannot be overstated.

Update: The car has since overshot its originally planned Hohmann-transfer orbit to Mars and back, and will be traveling out into deep space for billions of years. 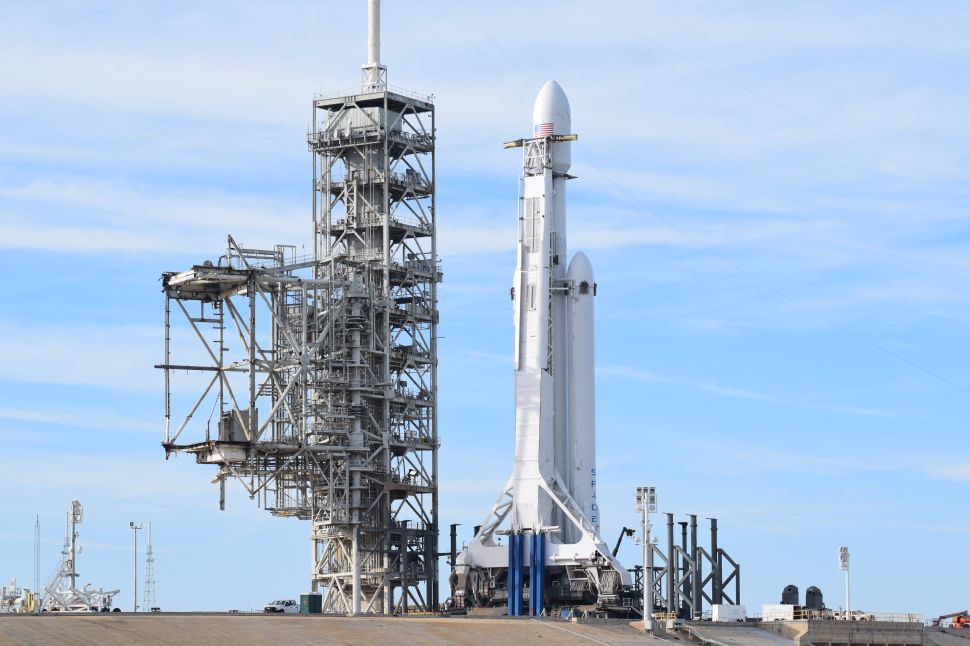