ABC Family rebranded itself as Freeform in 2016 to better attract its target audience: young adults. At the time, actress Vanessa Marano told NPR, “Freeform means no boundaries—but the good kind of no boundaries.”

The channel has since lived up to its name by creating shows with increased representation in areas of mental health, physical disabilities, addiction, feminism, LGBTQ issues and, with the upcoming remake of the 1990s hit drama Party of Five, we can add immigration and racism to that list.

The original drama follows the lives of five siblings who fend for themselves after their parents are killed in a car accident. The remake takes a different, more modern angle. The parents of the five children will be deported instead. The oldest of the children is a DACA recipient and the younger siblings are American citizens.

But this socially conscious reboot is not the first of its kind. These more forward-thinking revivals have recently cropped up all across the TV landscape.

The new One Day at a Time is currently airing its second season on Netflix. The 2016 show features a majority Latino cast as opposed to the all-white 1970s cast. This new version touts themes of racism and acceptance throughout.

The CW is working on their “fierce, funny, feminist reboot” of the late ’90s witch series, Charmed. One of the sisters will be a lesbian in the revision. A premiere date has yet to be announced.

Perhaps a more heavily advertised reboot is Roseanne, the dramedy that centers around a white working-class family of five from Illinois. Though many of the original actors are returning, there still might be social and political importance to having The Conner family back on TV.

Whitney Cummings, co-showrunner of the Roseanne continuation, wrote about the revitalization for Vulture. She noted her realizations to why the show, in its own way, is critical in 2018.

Cummings said: “…many Americans never get to know or even meet people who aren’t like them, so putting them on a flickering box in their living room—full of vulnerabilities, problems, jokes and dreams—is a great way to develop empathy toward a type of person they may normally not cross paths with.”

“Turns out, fictional characters saying pre-written lines in bespoke costumes on a soundstage can actually make a dent in social change,” she continued.

Cummings is not alone in her belief in television’s ability to make real waves.

Netflix is bringing back another show that intrinsically invited social debate in 2003: Queer Eye for the Straight Guy.

The reality show first aired before gay marriage was even legal.

The show’s return brings a “new cast, mission and platform” and a trimmed title: Queer Eye.

Producer David Collins told NPR, “…it was one thing to walk into a fancy store on Madison Avenue and redo someone—you can do that. But we wanted to come down South, come into the red states.”

So he traded New York City for Atlanta in the new series, which has provided a wider variety of leads on the show: a Trump supporter, a country boy, a muslim man and an African American man still coming out to his family, just to name a few. Queer Eye is available now on Netflix.

Everything goes in 2018—no boundaries.

In this era of peak TV and diverse viewership, networks and content creators are in desperate need of ideas that apply to a wide range of audiences. That includes the slew of originals picked up every pilot season and these reboots, continuations and revivals.

The keyword through it all is diversity.

If you’re spearheading a reboot, it better rebrand itself in some original and modern way. No one wants to be caught with an all-white, all-straight or all-male cast, which wasn’t always the case when these original series’ came out. TV is finally updating itself in front of the camera. 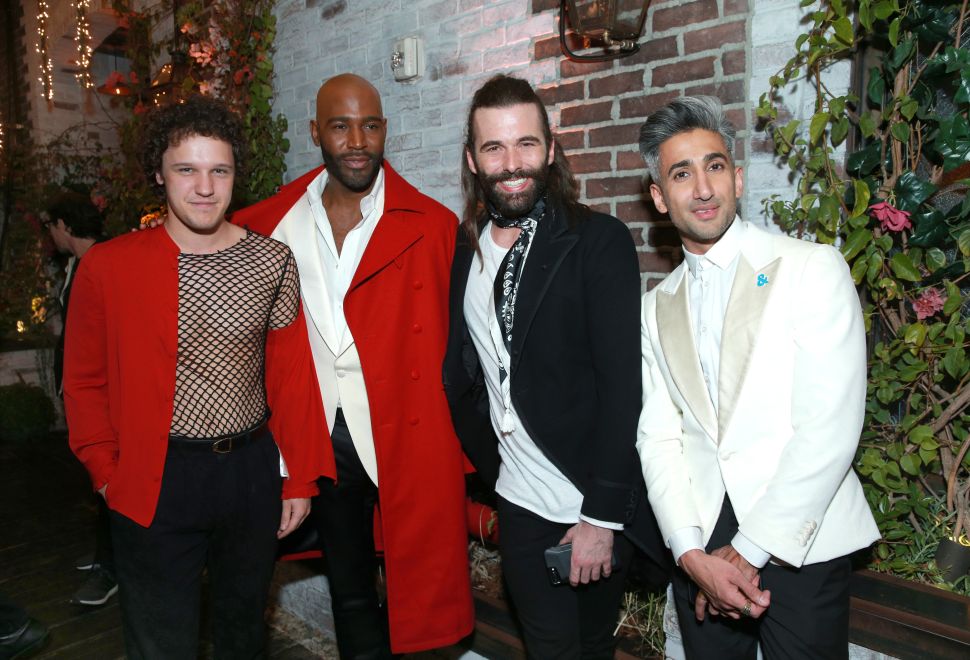