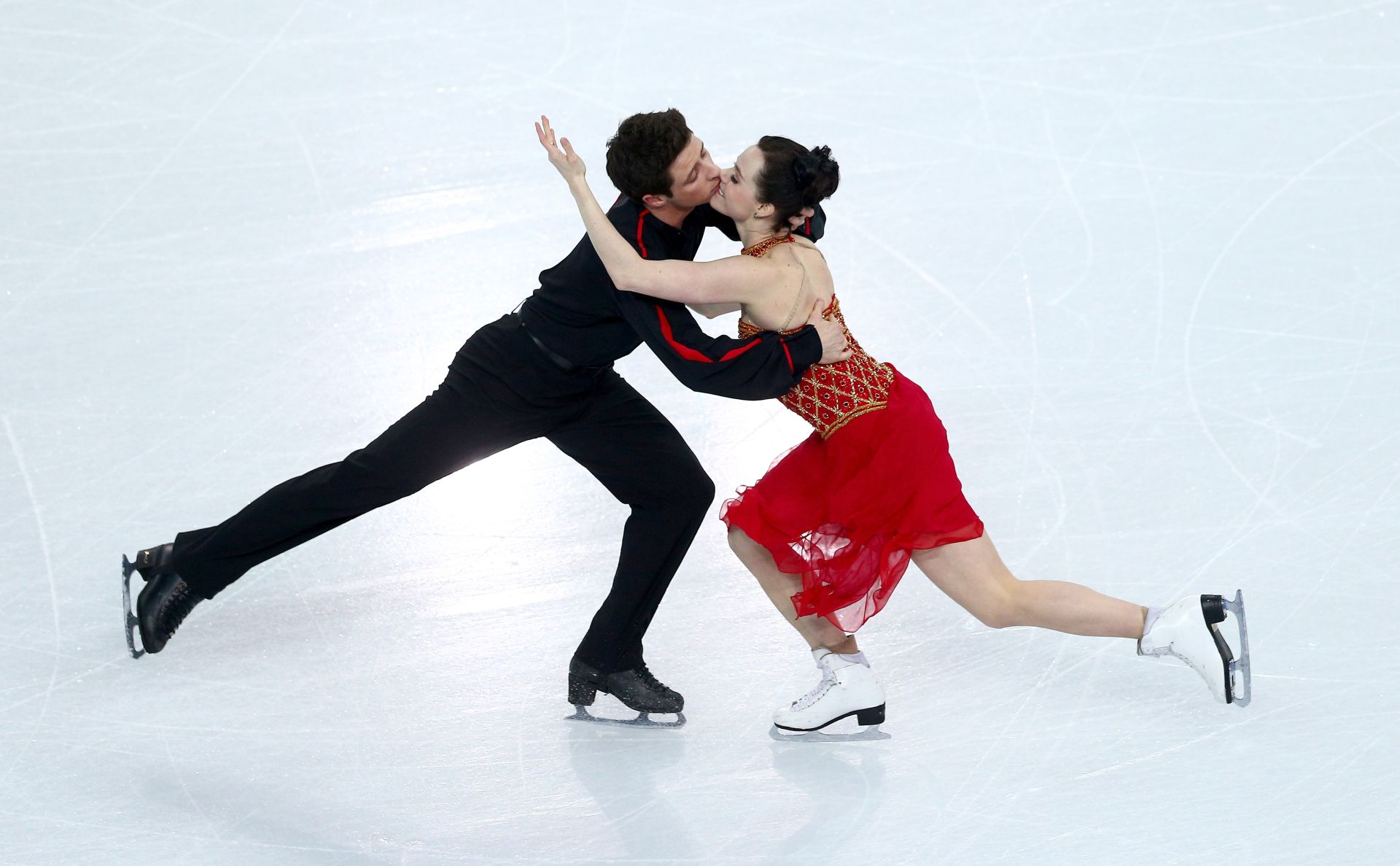 Scroll through to see the ice dancers throughout the years.
Clive Mason/Getty Images 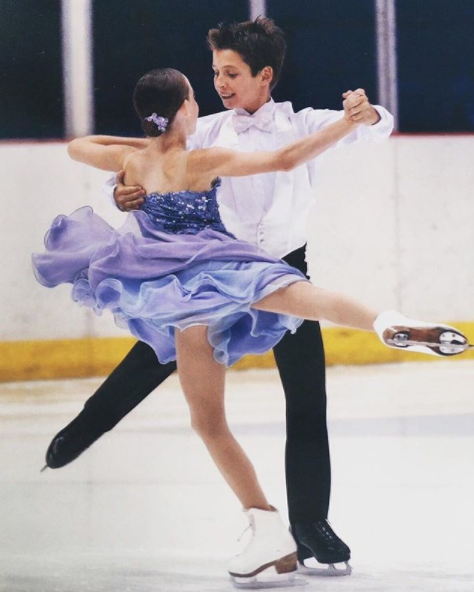 Tessa Virtue and Scott Moir have been skating together for 20 years.
Instagram 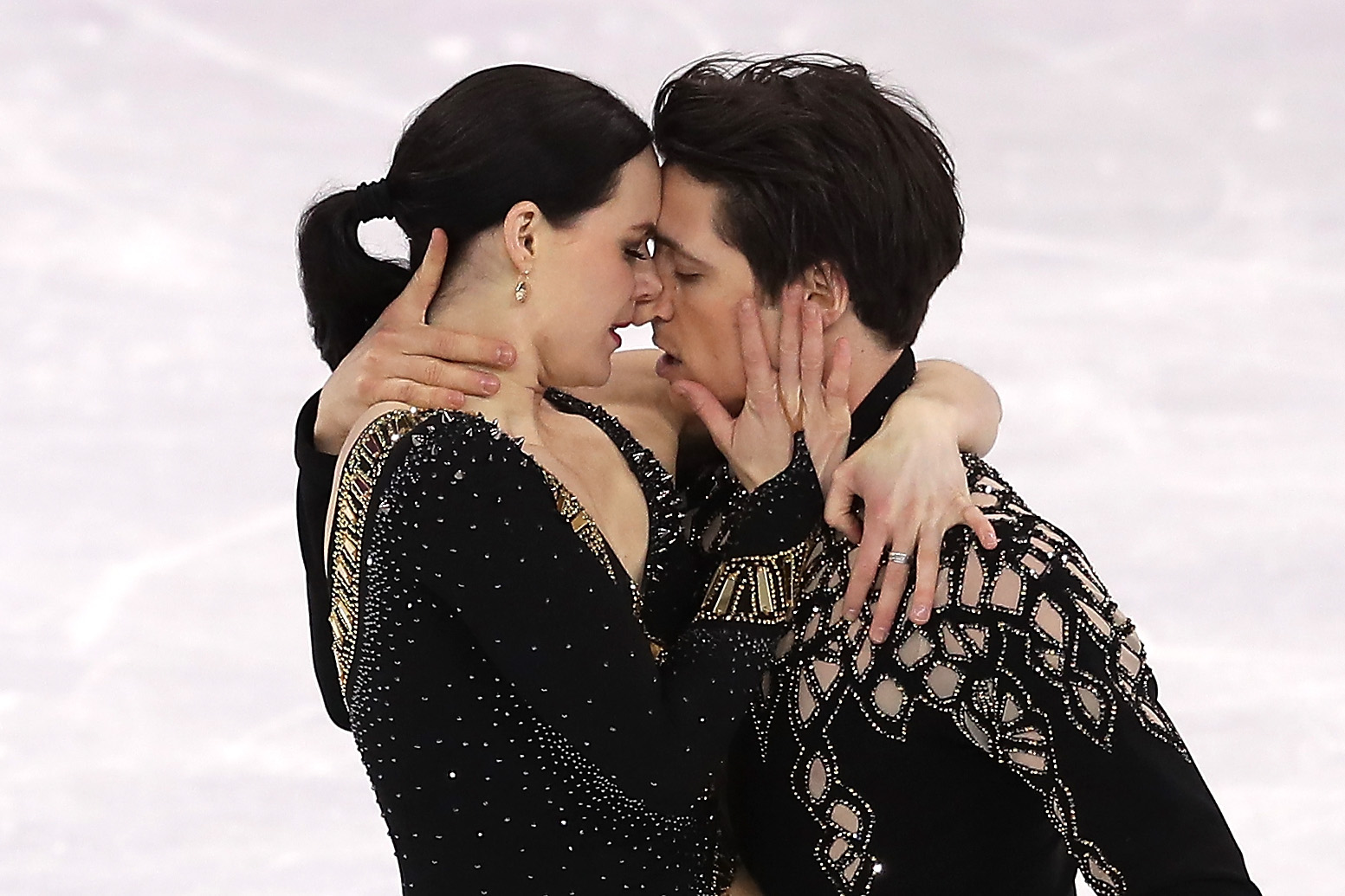 The ice dancers had to tone down their original routine for the 2018 Winter Olympics.
Richard Heathcote/Getty Images 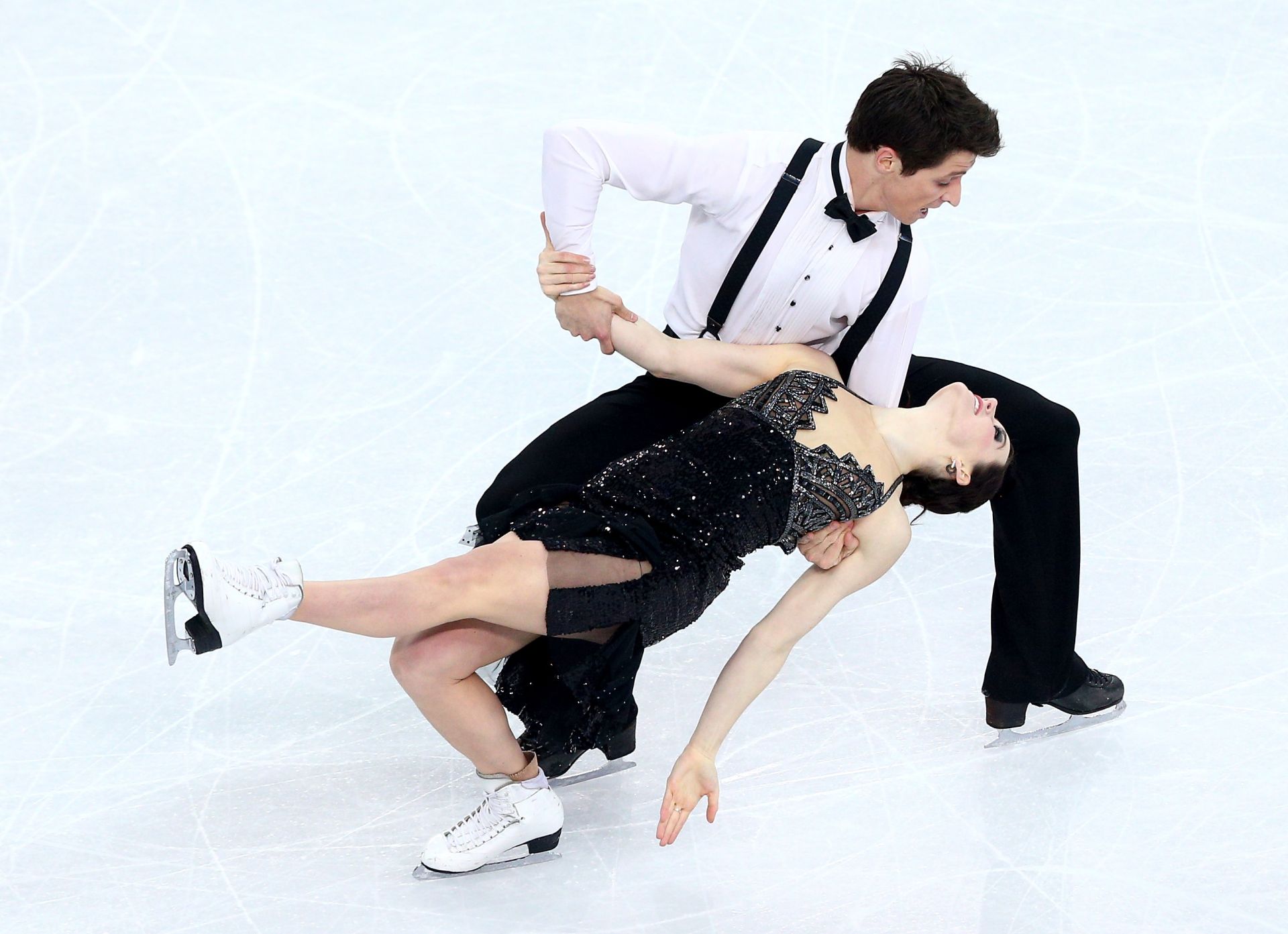 They competed at the Sochi Winter Olympics in 2014.
Paul Gilham/Getty Images
Advertisement 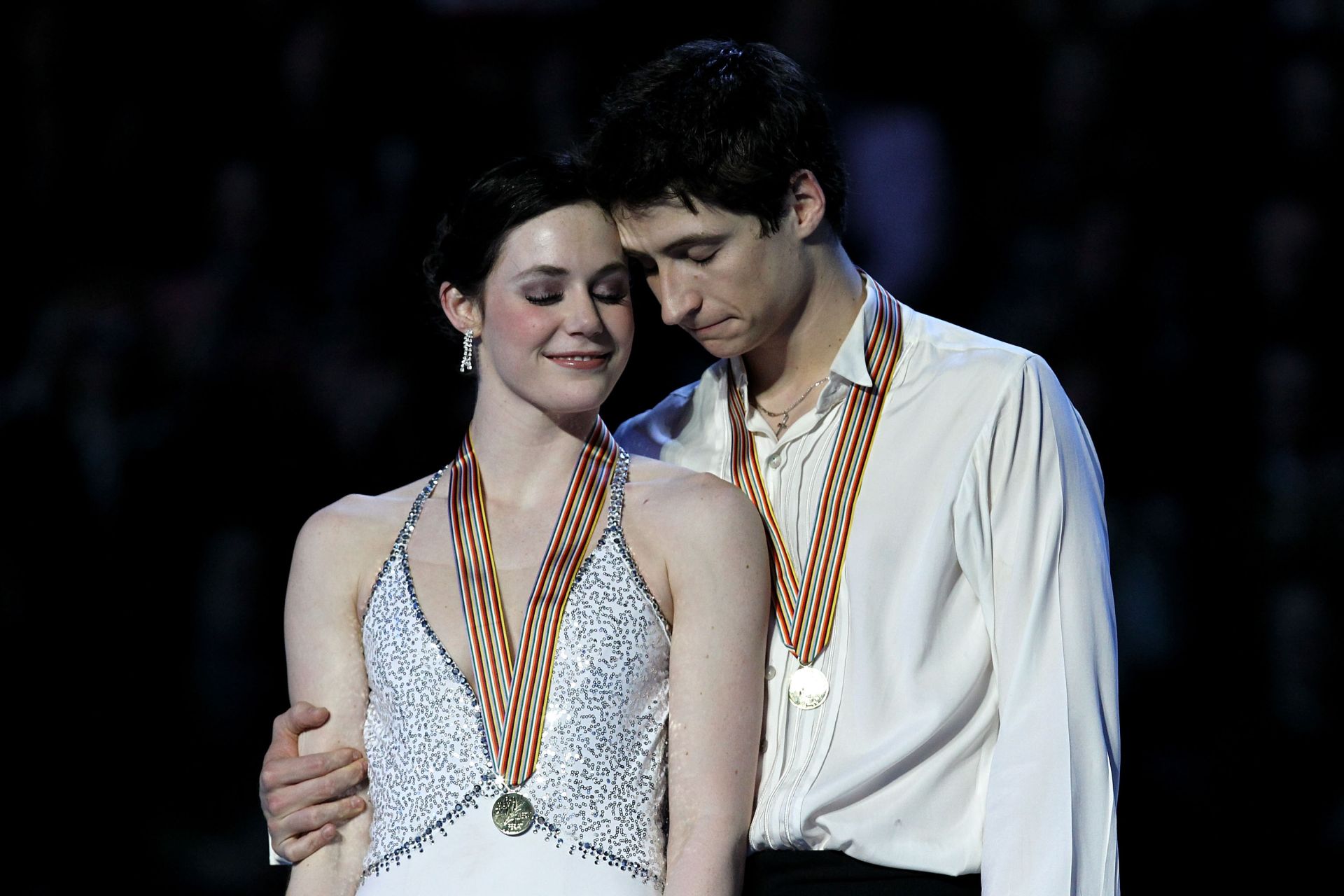 Before each performance they embrace.
Clive Rose/Getty Images 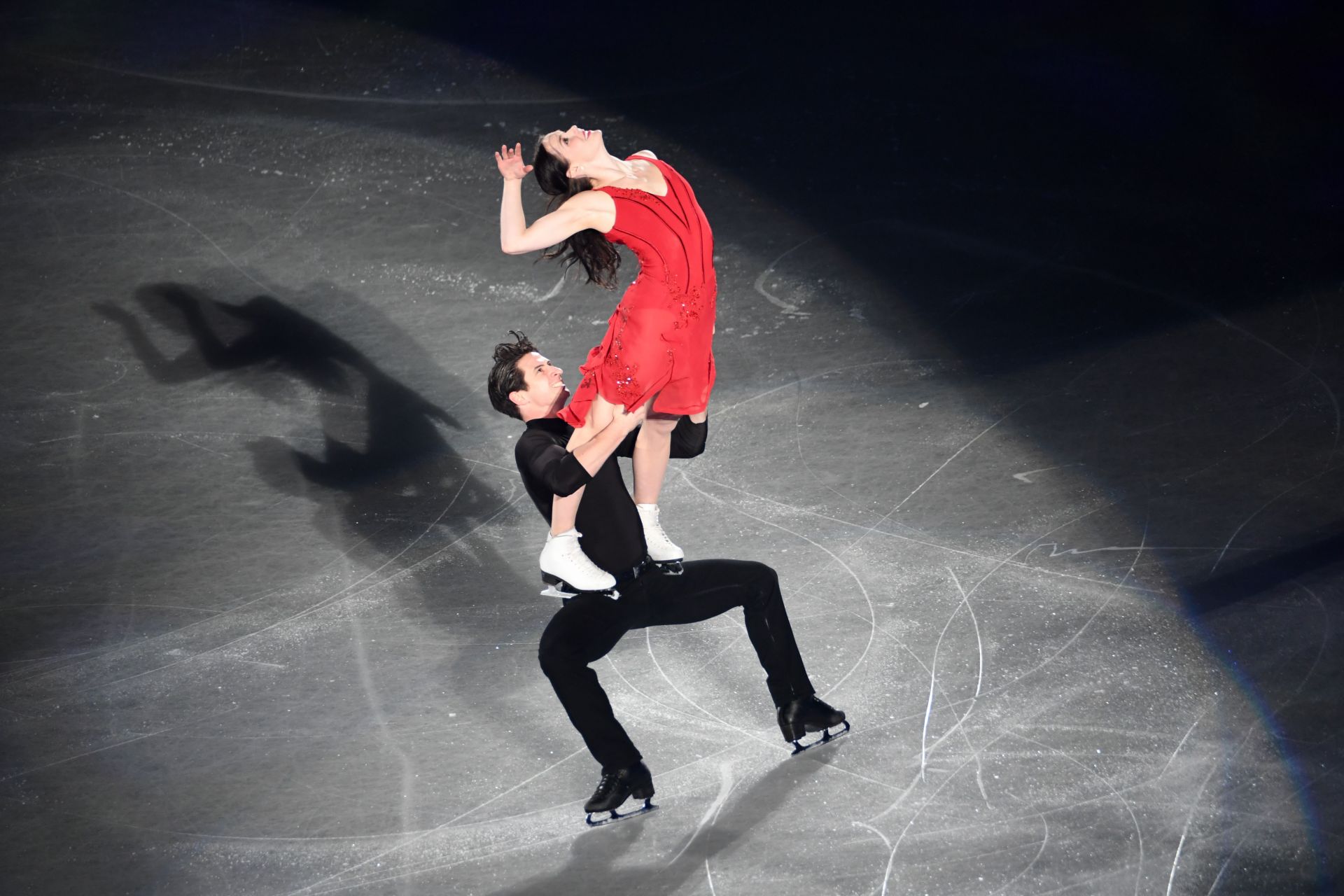 Moir's aunt paired them when they were children.
Toshifumi Kitamura/Getty Images 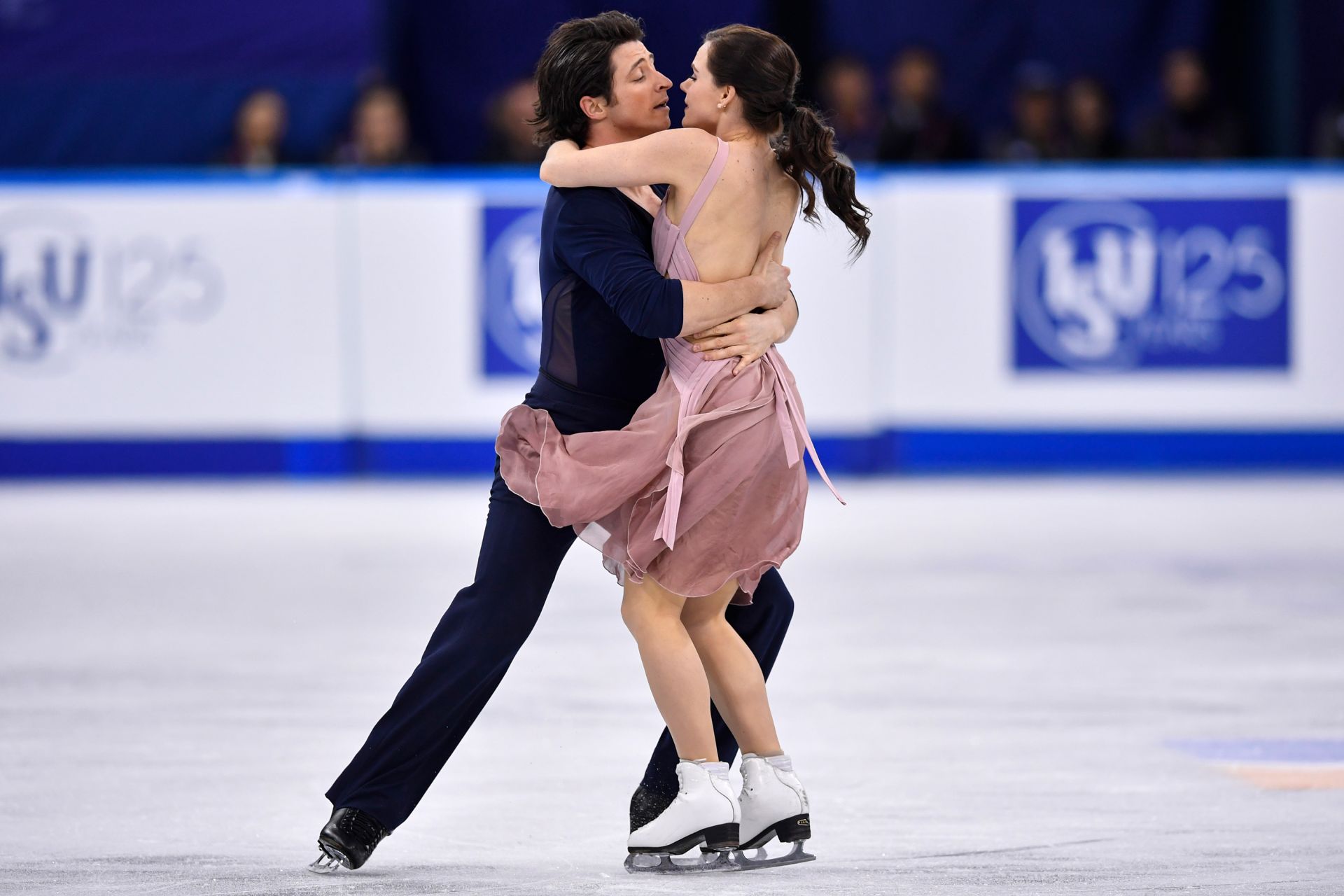 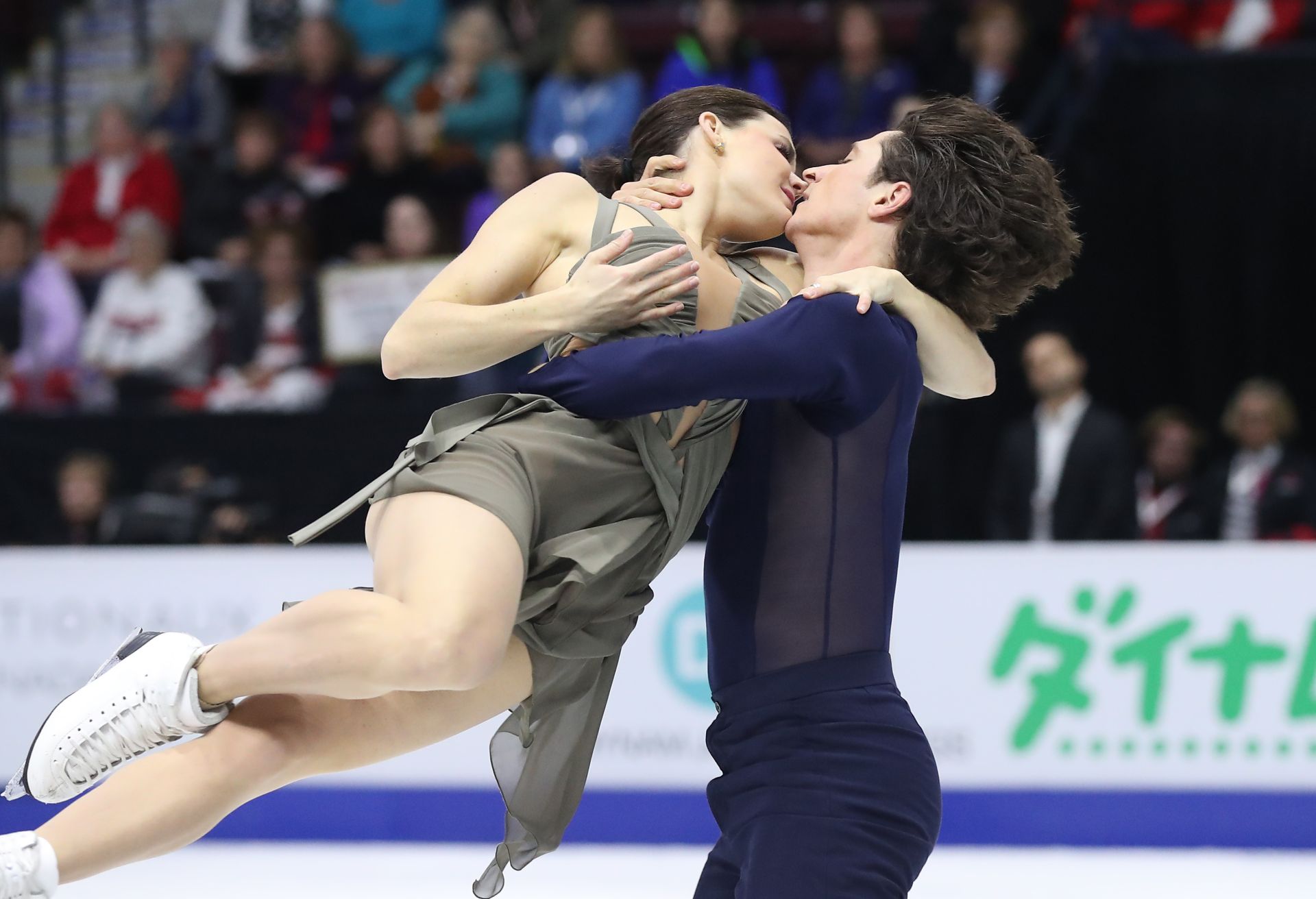 They filmed a reality show together in 2013.
Tom Szczerbowski/Getty Images 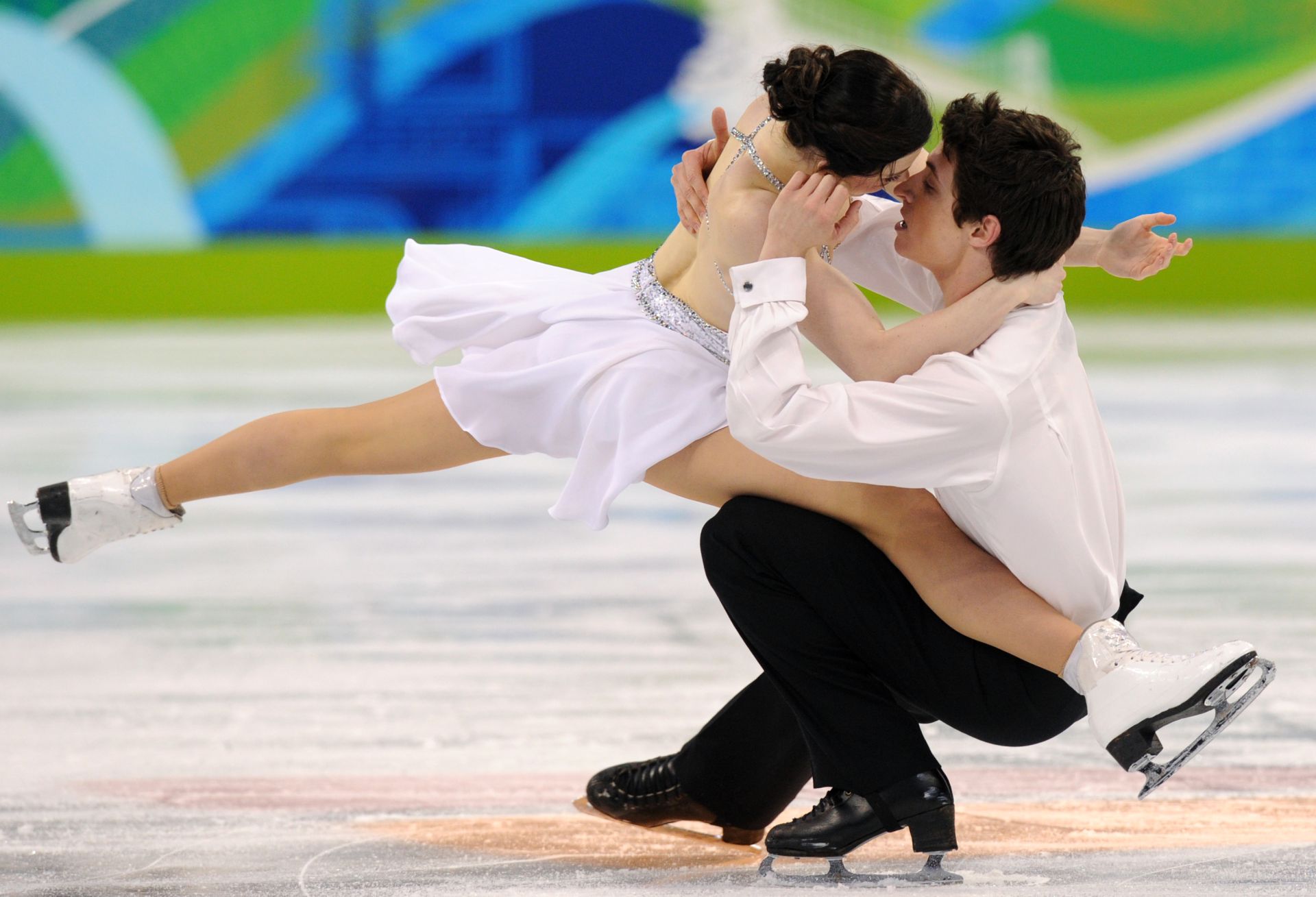 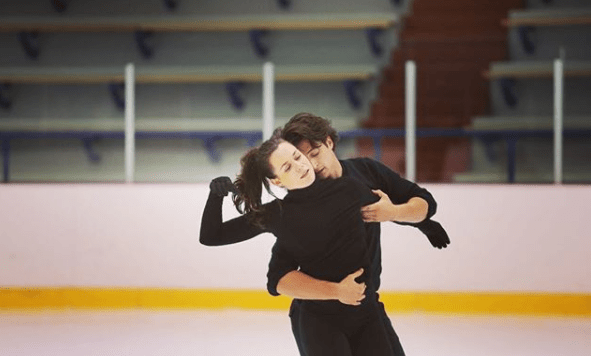 The hashtag #VirtueMoir is dedicated to them.
Instagram
Advertisement 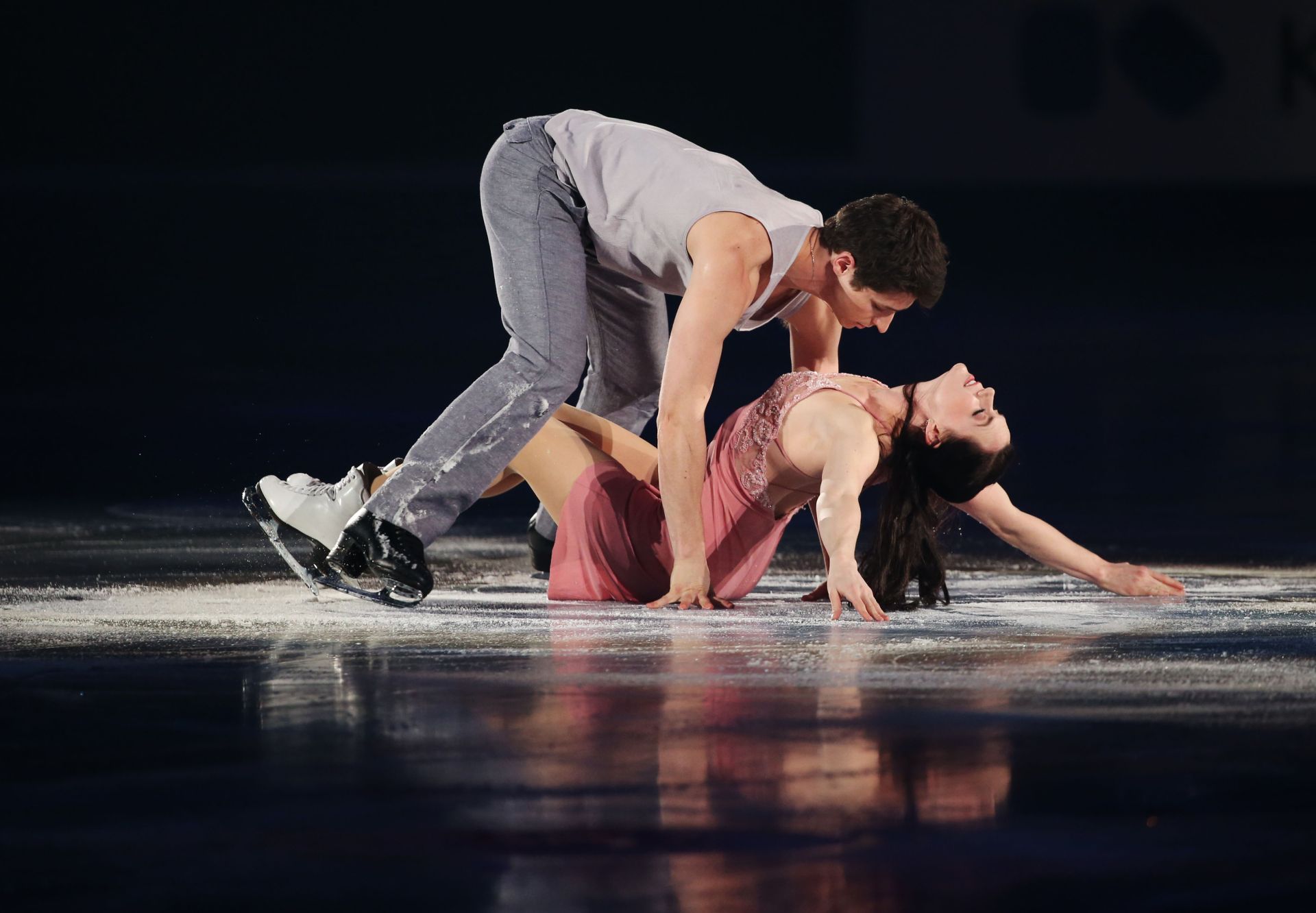 They maintain that they've always had a platonic relationship.
Atsushi Tomura/Getty Images 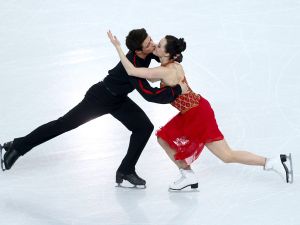 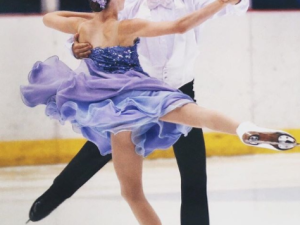 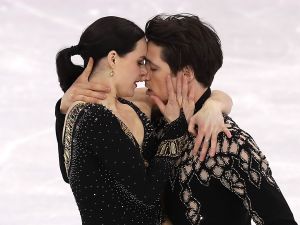 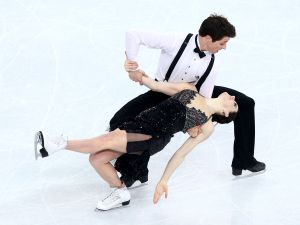 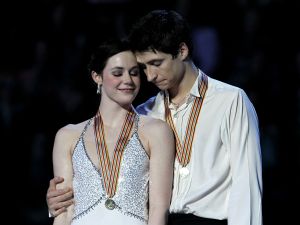 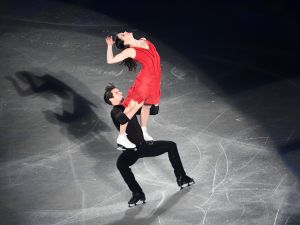 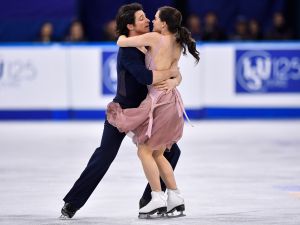 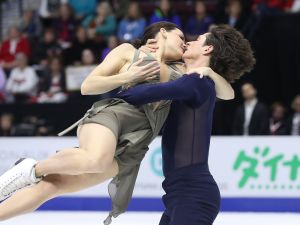 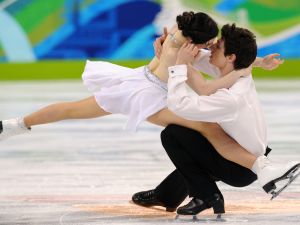 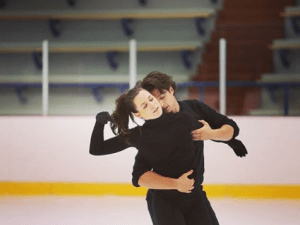 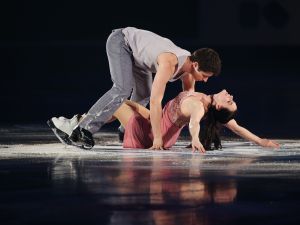 Tessa Virtue and Scott Moir will make you seriously consider moving to Canada. Even if you’re a diehard patriot, you’ll find that the Canadian ice dancers are even more enticing than Justin Trudeau. In fact, the Olympians almost have too much chemistry. Their Moulin Rouge medley had to be toned down after a risqué move was deemed too hot for audiences to handle.

The supposedly platonic pair have been skating together for 20 years, ever since Moir’s aunt, their former coach, matched them based on height. On Instagram, Virtue shares photos of them skating over the years and they even have their own hashtag, #VirtueMoir, which has been adopted by devoted fans who are convinced the skaters are secretly together.

But despite the fact that they were caught on camera kissing during their warmup and always embrace before competing, they maintain that they’re simply close friends and collaborators with a working partnership.

Still, their most recent on-ice kiss was turned into a gif and looped on Twitter for hours. While playing the Newlywed Game in 2016, Moir let it slip that Virtue has trouble sleeping because she’s so “restless,” which only led their fans to believe they’re in love. But the gold medalists maintain that they’ve never dated since they first started skating together two decades ago.

On the contrary, America’s best ice dancers are Maia and Alex Shibutani, better known as the “Shib Sibs.” The YouTube vloggers, Olympians and, yes, siblings are downright wholesome, promoting everything from Minute Maid to Polo Ralph Lauren. In a sport that’s all about connection, they certainly have a familial one, making their dancing far more G-rated than #VirtueMoir’s antics.

Scroll through to see some of Virtue and Moir’s least platonic moments from the last 20 years.