Olivia Taylor Dudley is a gorgeous actress and a fantasy/sci-fi nerd. She was homeschooled from seventh to 10th grade and considers film and television her religion. She loved Call Me by Your Name, but has sadly fallen behind on Game of Thrones.

She is, in essence, the modern pop culture consumer (except for not being up to date on GoT. Get on that, Olivia).

We love to bemoan today’s Hollywood landscape for its bottom line practicality and its lack of originality. Each offering, we complain, feels like it was put together by an assembly line of studio executives pouring over data sheets and demographic info.

Perhaps the remedy for this perception of pre-packaged market-tested content is a dose of good old fashioned fanhood, which is something Dudley can provide as she transitions into producing.

The 32-year-old performer is best known for her role as Alice Quinn on Syfy’s The Magicians, but unlike some others in the industry, she’s actually a fan of all things entertainment. She pivots effortlessly between the highs of Shameless to her favorite Friends character (Chandler). She touches on the pros and cons of comedy vs. drama and her Superman nerdom.

At the end of our interview, one thing is very clear: Dudley really digs movies and television.

“I love TV. I could sit and watch TV and movies all day long,” she told Observer. “It’s really all I do when I’m not working. And I’m still behind, it’s so frustrating.”

Yeah, seriously, Olivia, I can’t stress enough how badly you need to get caught up on Game of Thrones.

But with a six-month shooting schedule for The Magicians and upcoming production work with the Russo Brothers (you know, the guys behind the decade-in-the-making Avengers: Infinity War, no big deal), it’s understandable why you’re playing from behind.

Dudley’s fanhood is all-encompassing, stretching from little-seen arthouse dramas to mainstream affairs. Her preferences give her a foothold in nearly all pop culture conversations and a base of knowledge across the Hollywood board. It’s that versatility that serves her well as both an actress and producer.

“I love simple, real stories. I think that’s why I love Call Me by Your Name so much,” she said. “I would just love to tell an intimate story about two human beings, which I’m going to get to do in the movie I’m producing. It’s a very small story. I like things that are simple and moving and real.”

Scouring the industry for interesting stories, such as her upcoming film Canary, and helping them leap from the page to the screen provides Dudley with a bit more autonomy in an industry notorious for stringent contracts. It also enables her to stretch her muscles creatively, which is a big part of the appeal.

“It’s nice to have a little bit more control, and I love movies and I love filmmaking so much, so it’s not all just about acting for me,” she explained. “To get a hand in all the differents parts is a really fun creative process for me.”

The show is Syfy’s most popular series in both live viewers and the coveted 18 to 49 demographic, though it’s still relatively small overall. The Magicians has, however, helped direct the viewer paradigm surrounding Syfy away from Sharknado and more toward respectable drama.

In this era of Peak TV that will see the number of scripted series surpass 500 this year, every network needs a niche. While the schlocky ridiculousness of a Sharknado is fun in a self-deprecating sort of way, The Magicians inspires a bit more creative faith.

“It’s exciting to see the turn [Syfy] has made in the last couple years,” Dudley said. “I think Magicians has really helped it get into more homes, and we get a bigger female audience than any of the other shows, which is really exciting.”

She added: “We have all these powerful, intelligent women on the show representing real women, and I think that that really made a shift for Syfy… They’re doing some really amazing stuff over there.”

As they say in La La Land, people love what other people are passionate about. Dudley’s passion is quite clearly quality shows and movies. She’s an actress and producer, but she’s also a fan and a proud couch potato. Hopefully, all of that passion seeps into her upcoming work.

“Being moved by something, there is just really nothing better than that,” she said. 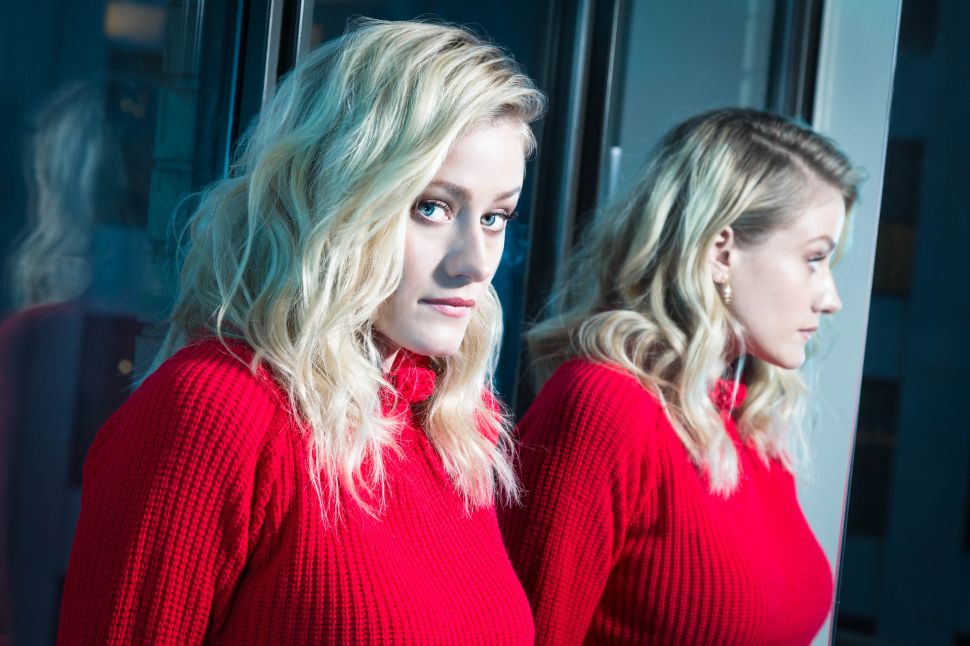