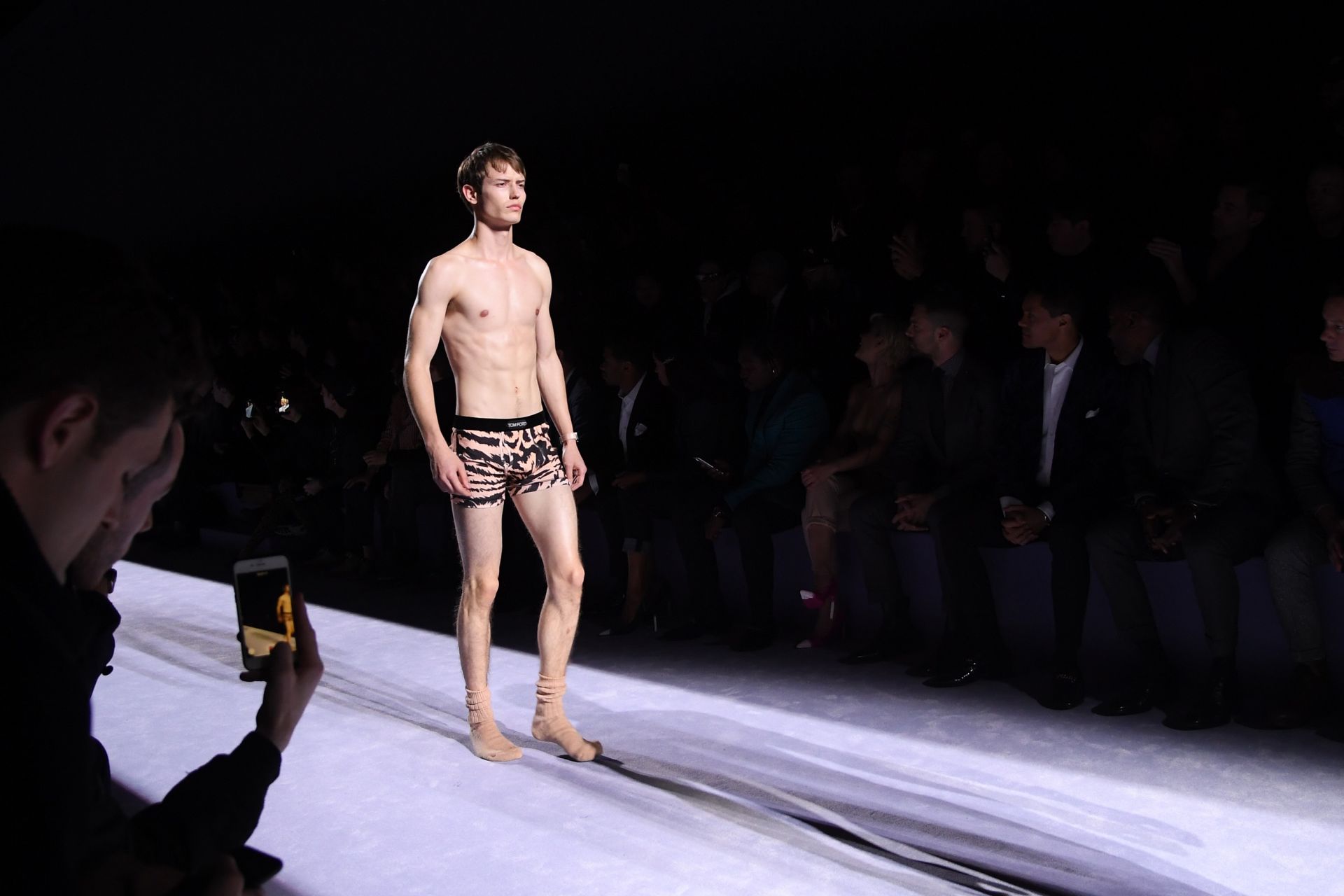 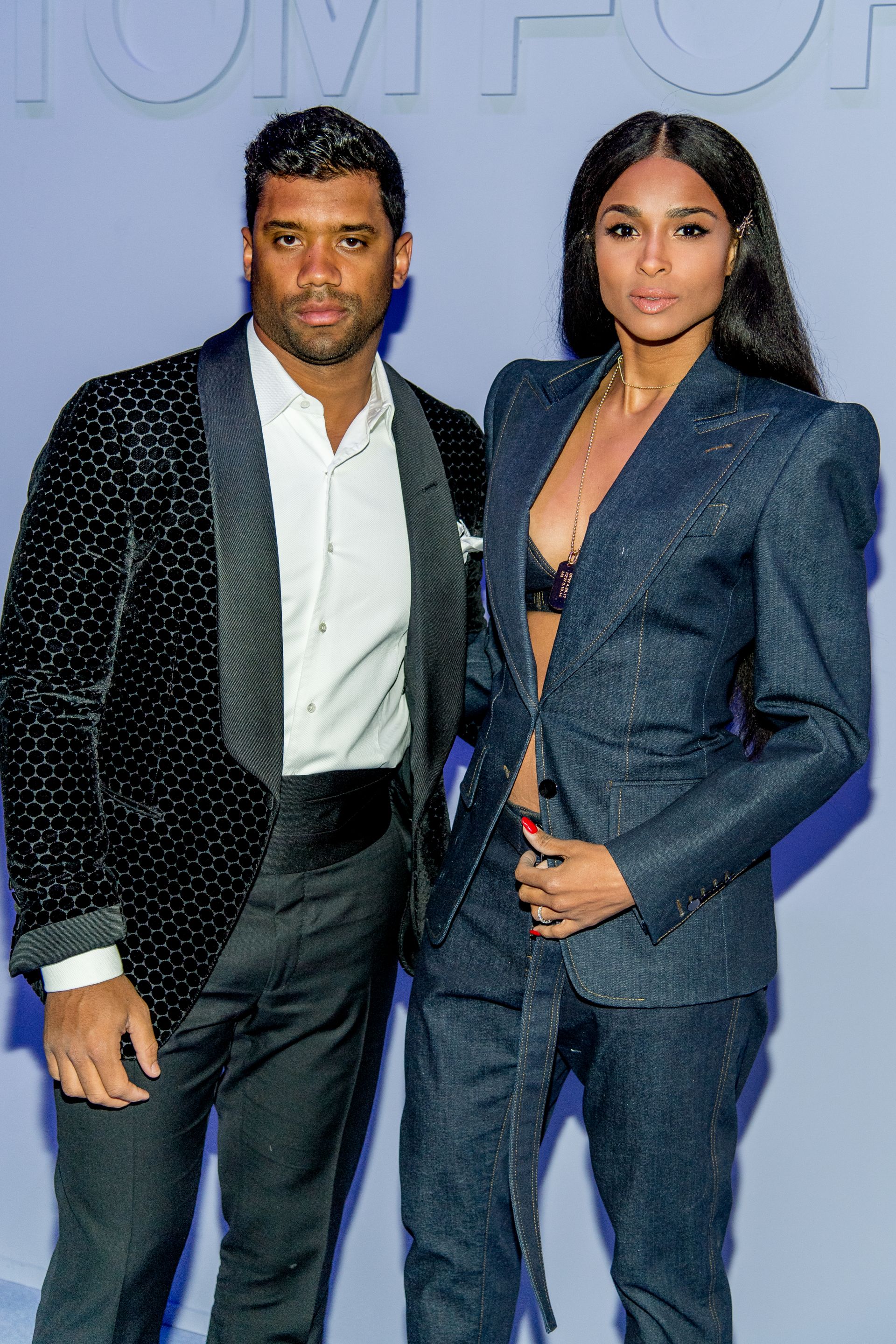 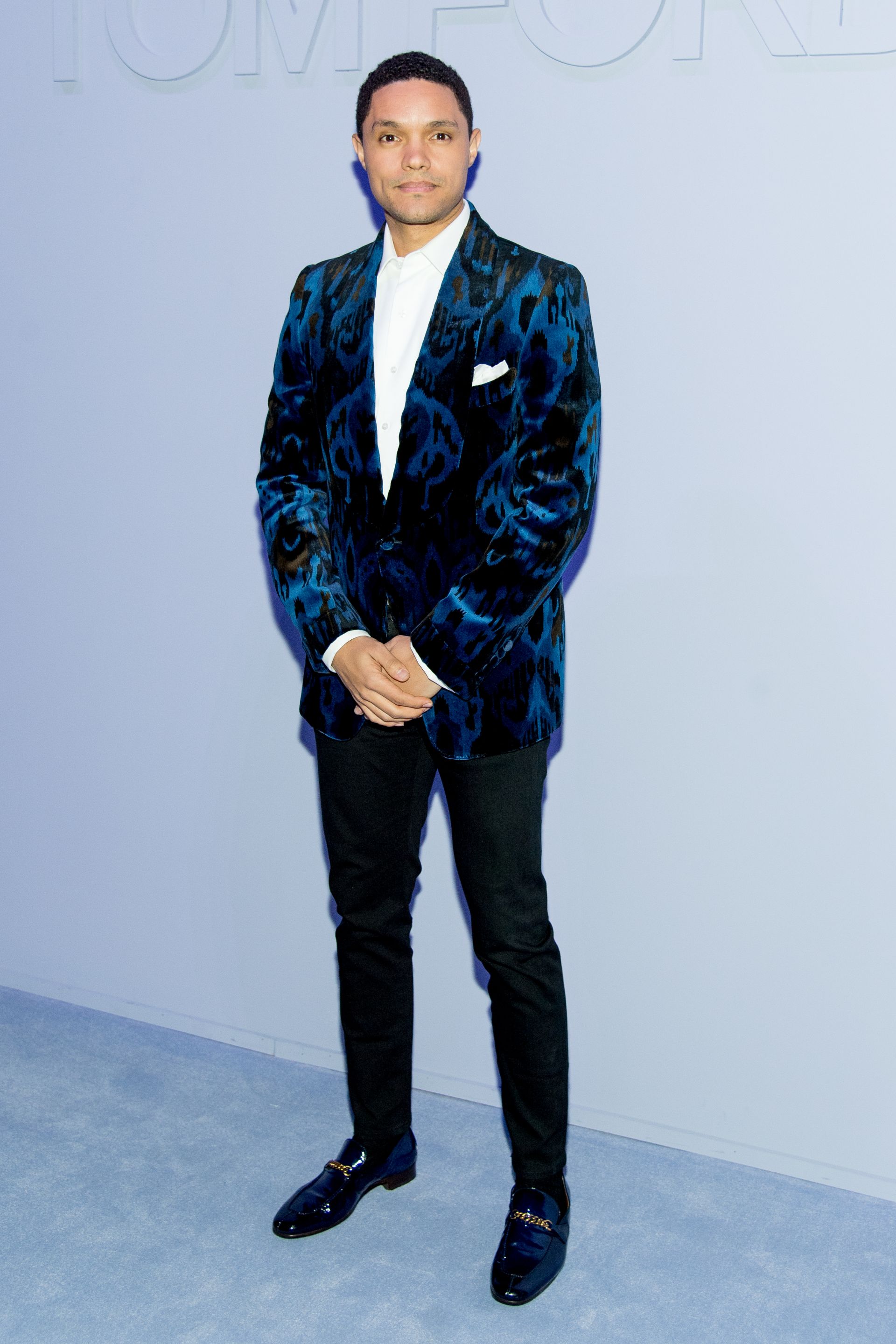 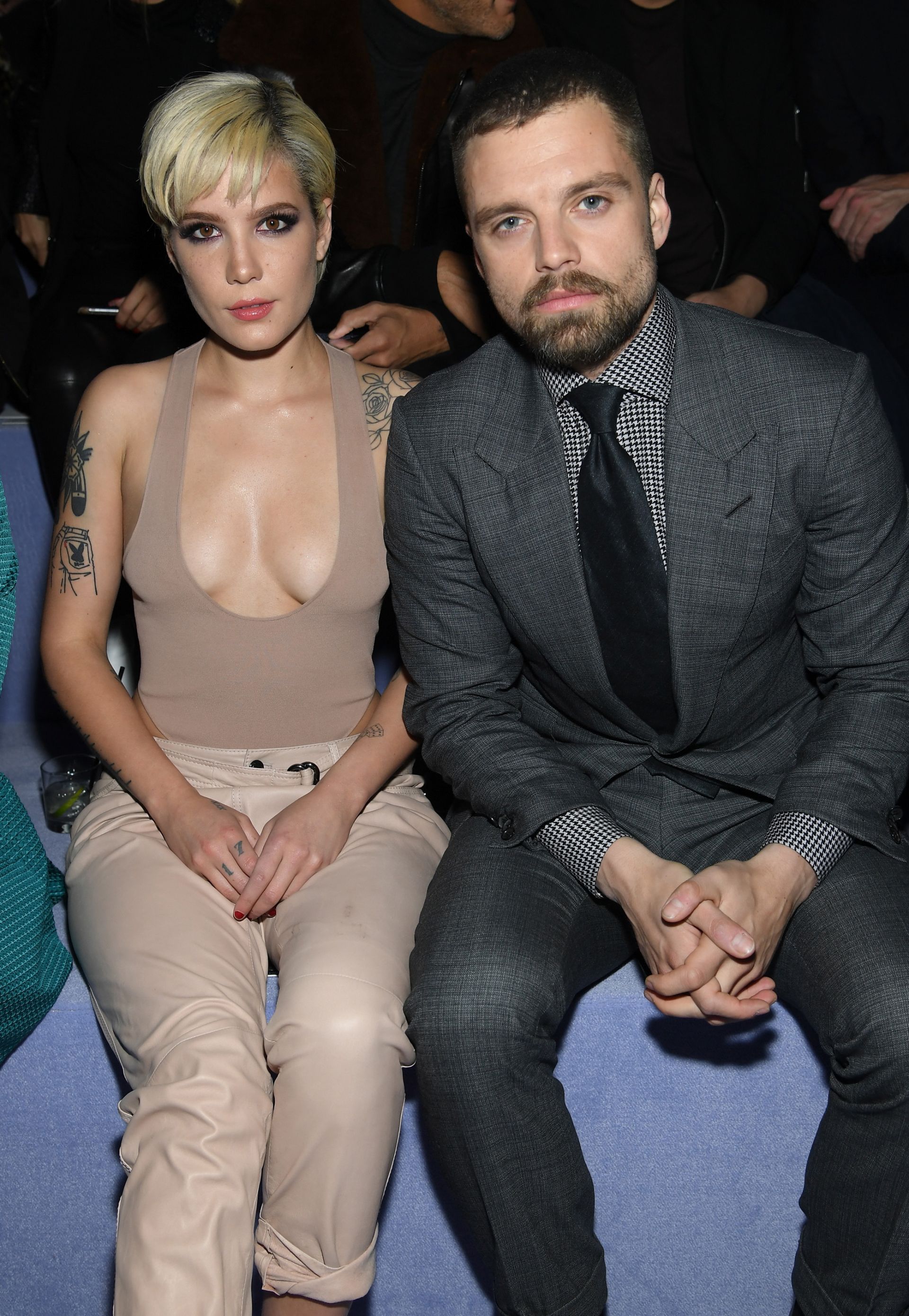 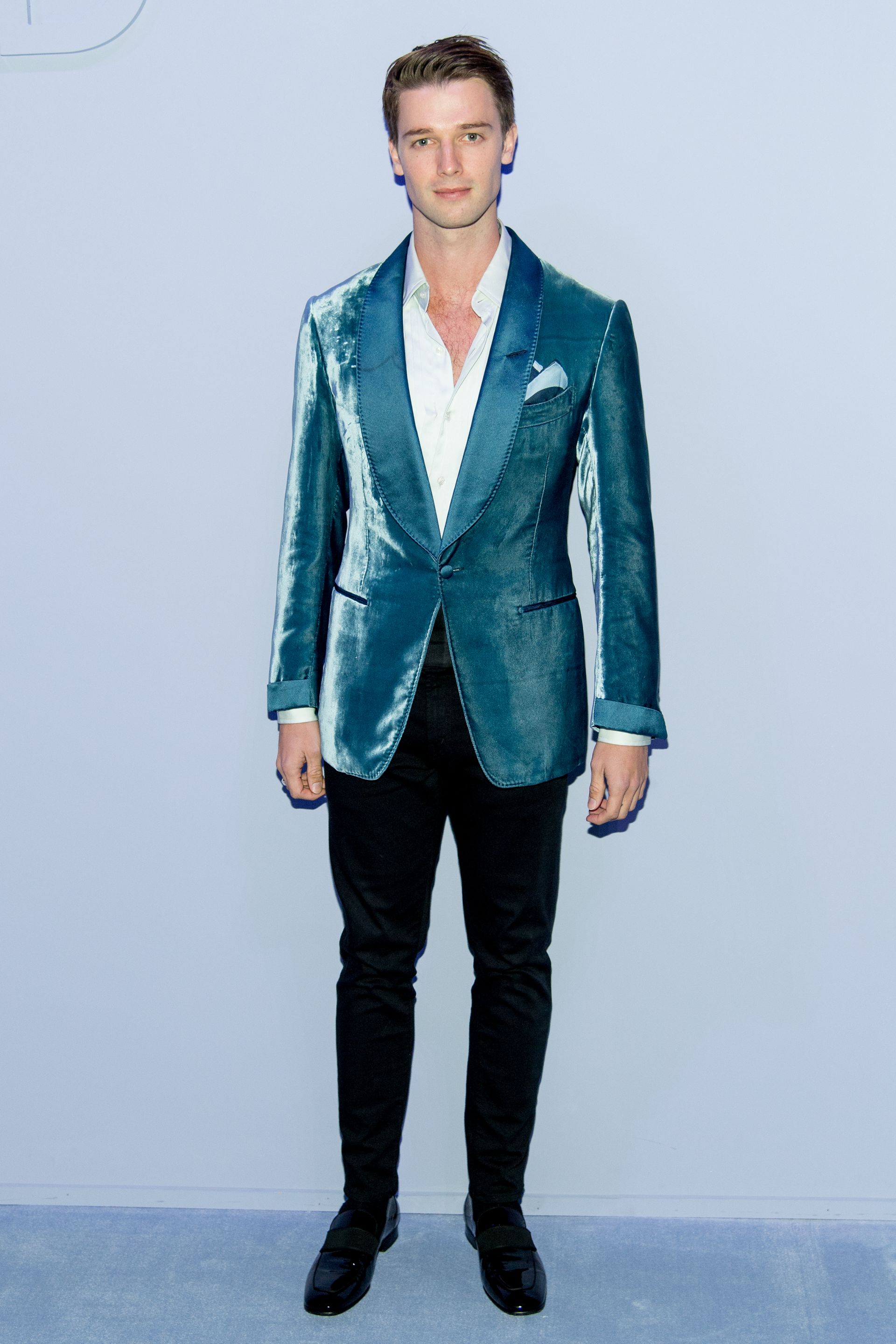 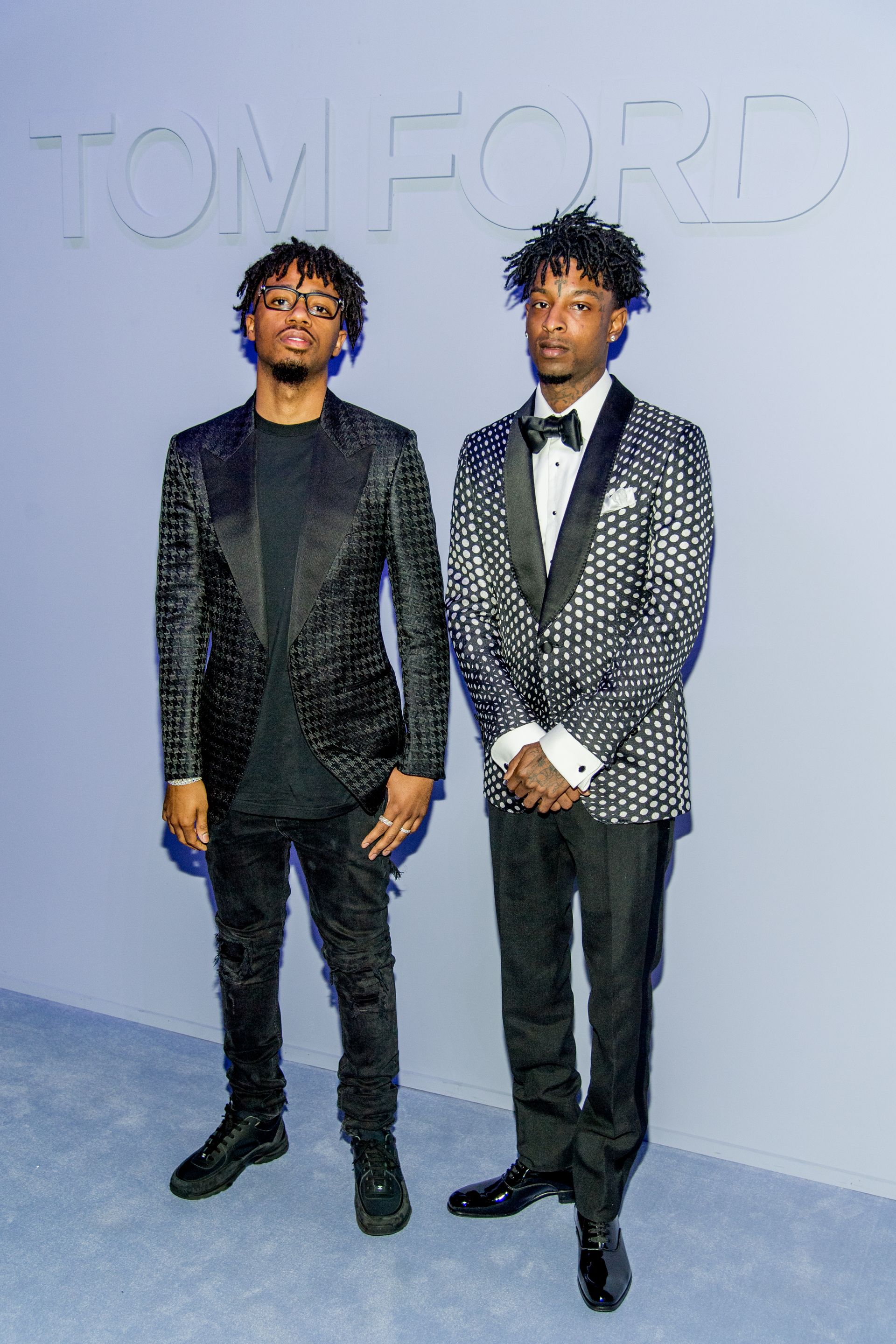 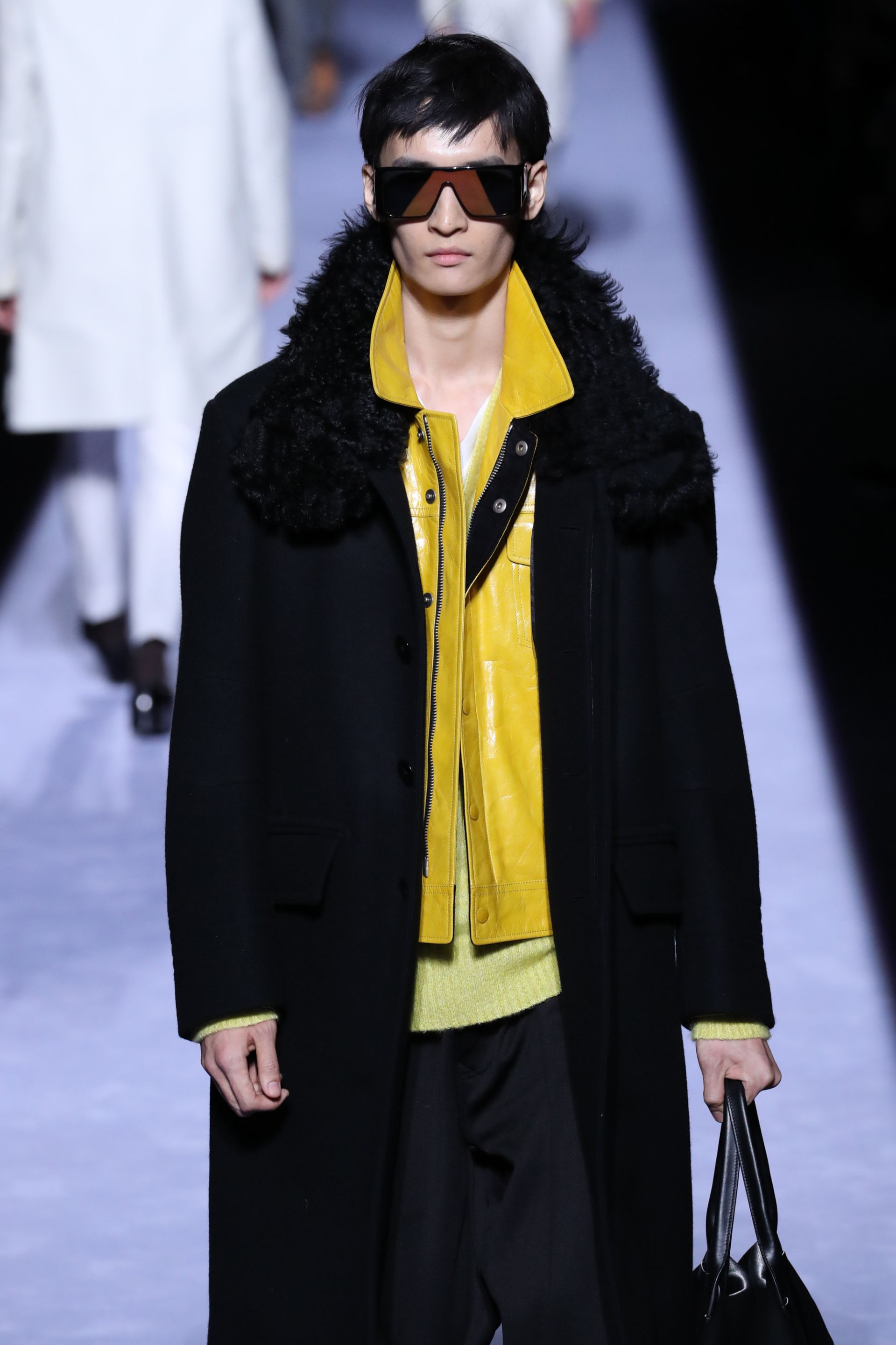 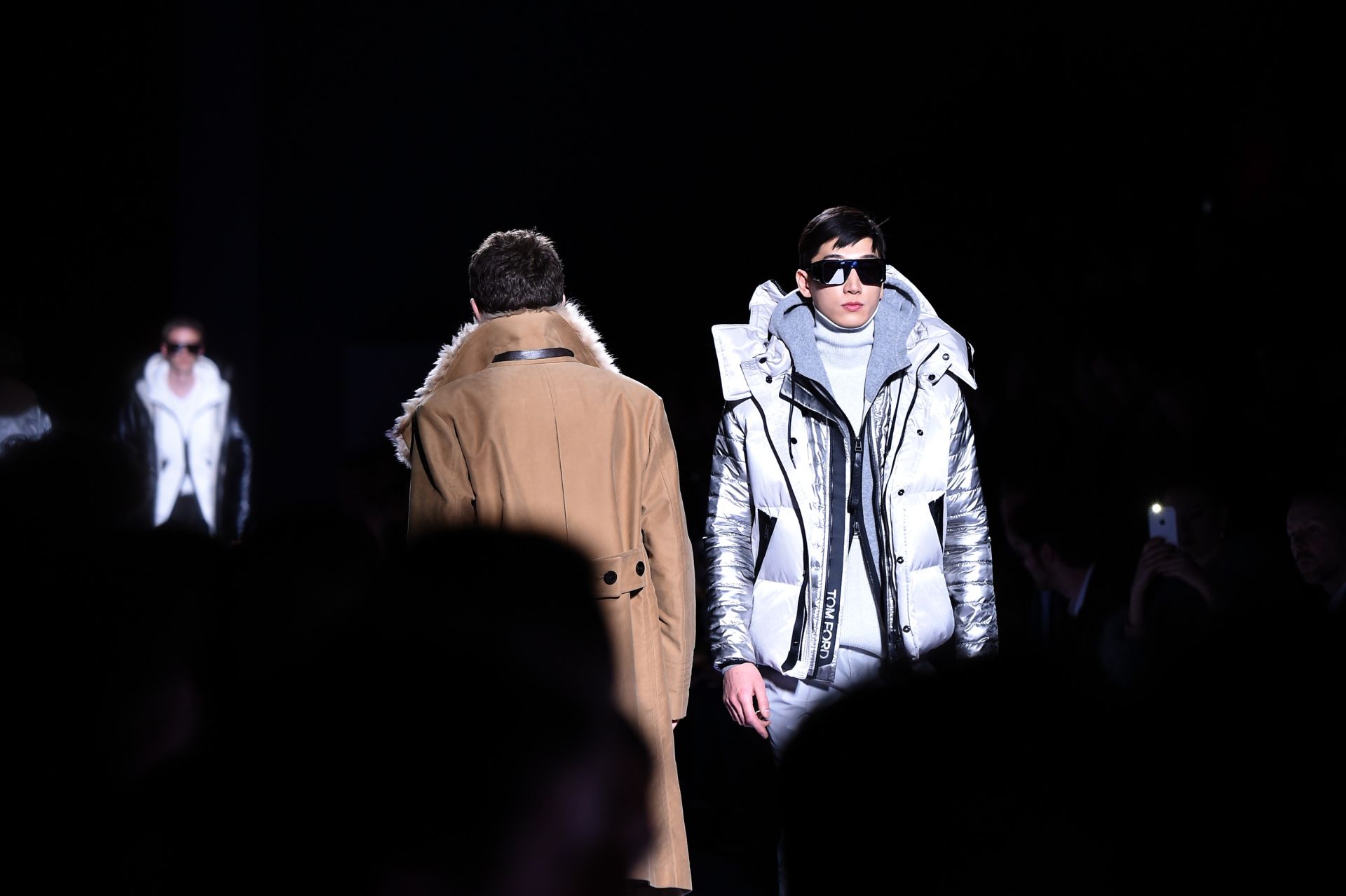 There were quite a few warm looking puffers and sunglasses to match.
Getty Images 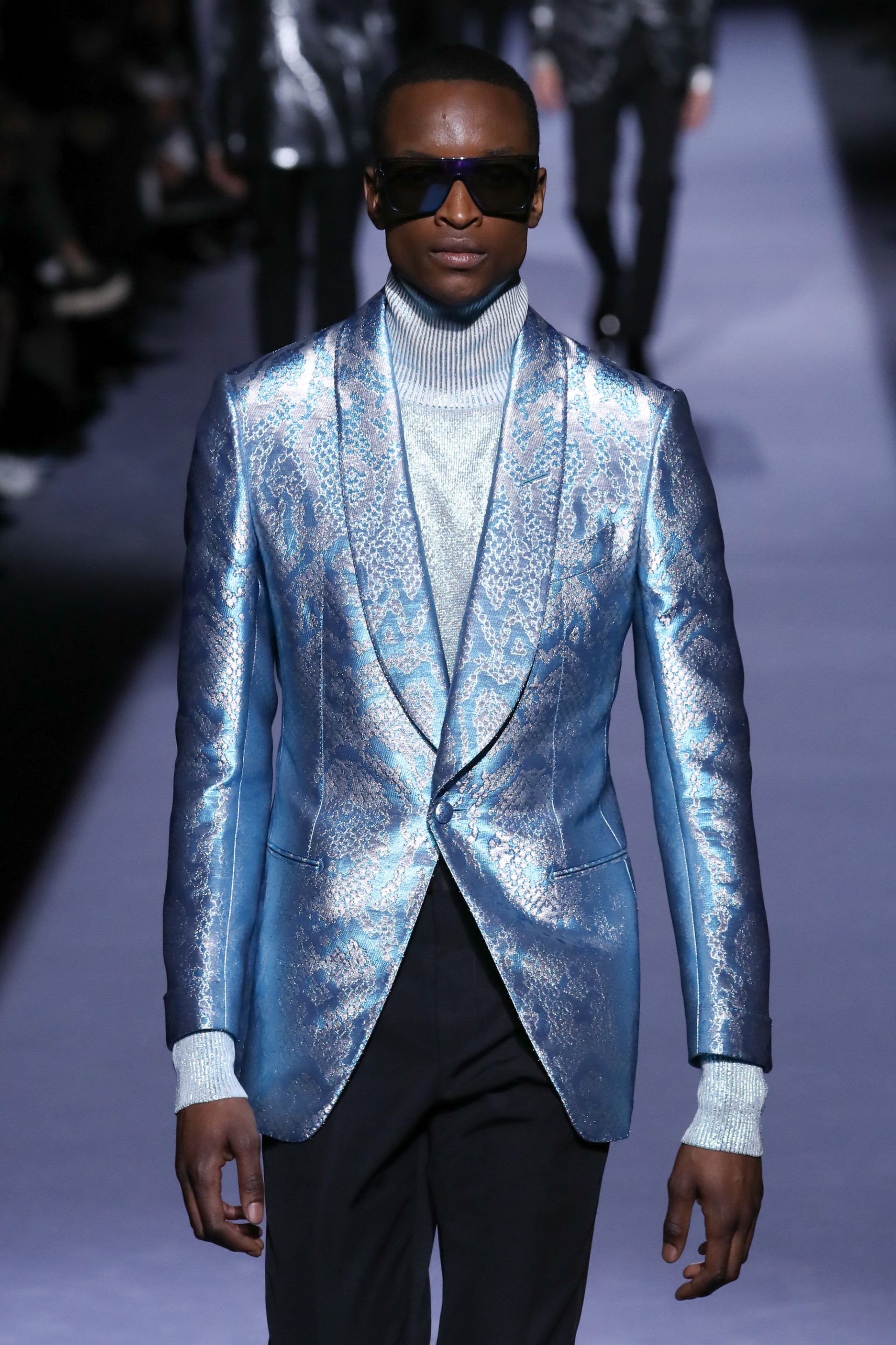 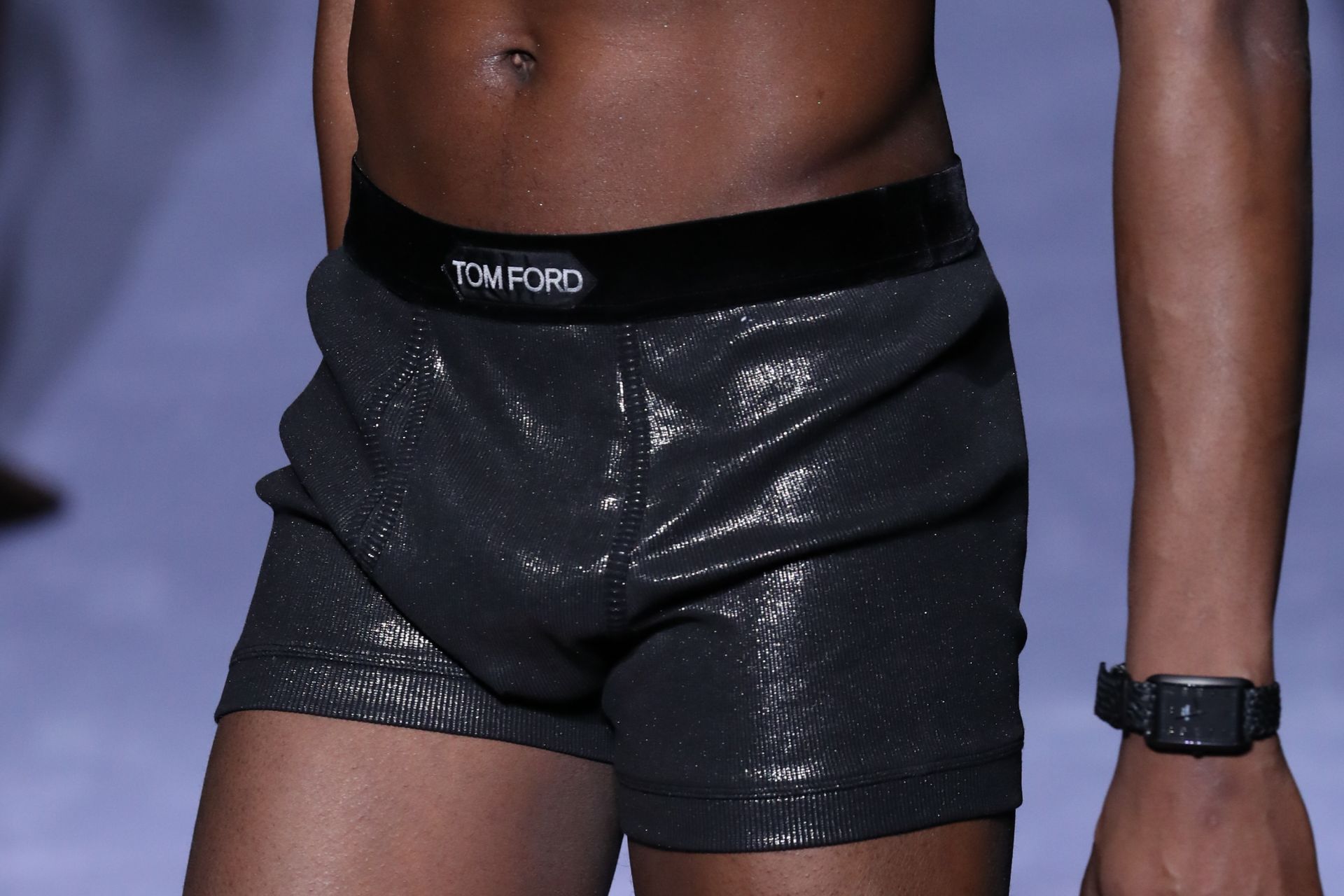 A closeup of the finale items.
Getty Images 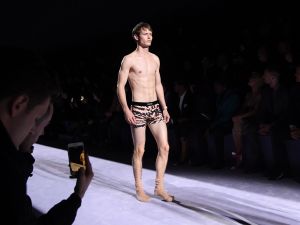 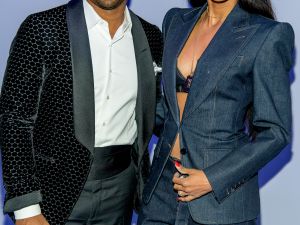 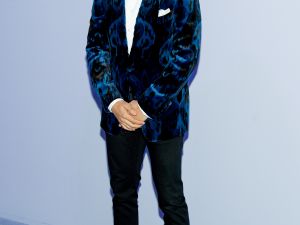 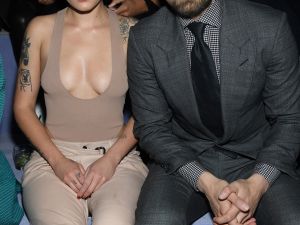 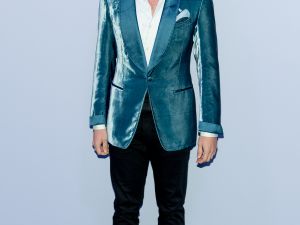 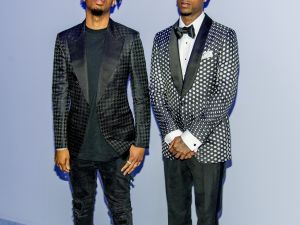 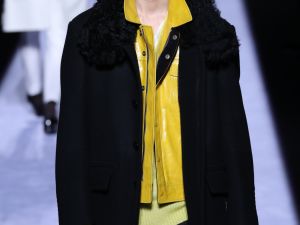 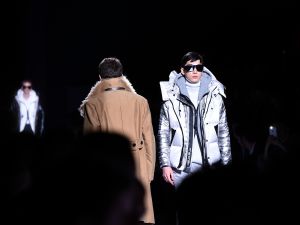 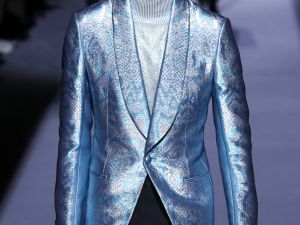 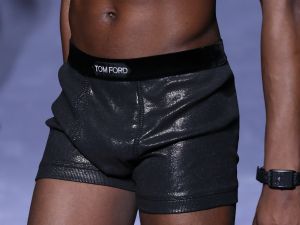 It was, as most would expect, a total scene at the Park Avenue Armory last night, where Tom Ford hosted his first full-scale men’s runway show since the eponymous label first launched in 2007. As expected, legions of his well-heeled clientele turned up in signature Ford-designed regalia—cashmere turtlenecks, velvet blazers, yellow-tinted sunglasses, or some combination thereof, all topped off with a six-figure winter coat.

It was a show steeped in luxury. Flutes of champagne were passed around, the scent of Ford’s Tobacco Vanille lingered in the air and a full harem of famous faces dotted the front row. Among them were Trevor Noah, Sebastian Stan, Bill Skarsgård, and son to The Terminator himself, Patrick Schwarzenegger, who seemed more enamored with the runway soundtrack than the garments on display. Ciara and husband Russell Wilson were there too, perched alongside photog Steven Klein and Halsey, who turned heads in a nude leotard.

On the runway, the typical Tom Ford model (i.e. ridiculously handsome and very buff) was dressed up in python-print trousers, python disco boots and python parkas, alongside a full suite of metallic blazers, but it was the show’s finale that would ultimately make headlines. In his latest bid to expand his eponymous empire, Ford tackled new territories: timepieces and underwear. Both were paraded in a final pass of ten strapping men sporting nothing but a Tom Ford chronograph, some scrunched socks and a pair of logoed skivvies—some in patterns like zebra, leopard and cheetah print.

The exotic designs were all served up with a dose of irony, as it was announced earlier in the day that Ford had embarked on a new plant-based diet that had led him to reconsider his use of fur. With that in mind, lush materials like fox and mink had disappeared from his lineup, but the racy underwear assured showgoers that Ford’s not afraid to keep strolling on the wild side.